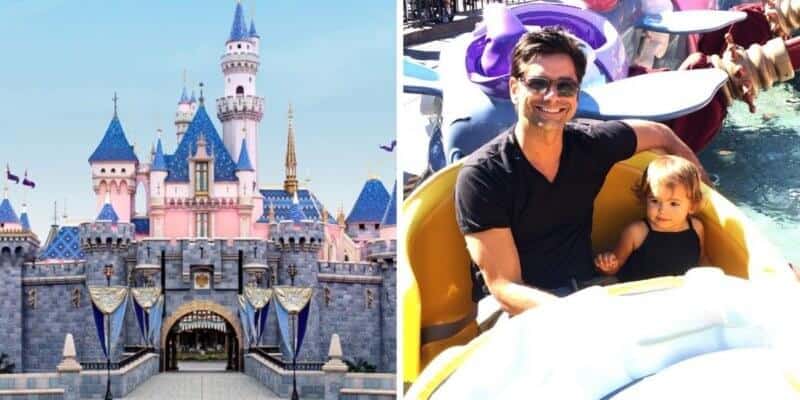 Disneyland Park and Disney California Adventure are reopening their gates in just a short amount of time and one celebrity — John Stamos — is expressing his excitement!

Disneyland Park and Disney California Adventure have both remained closed due to the pandemic for over a year. Ever since the theme parks shut their gates in March 2020, Guests have been eager to once again soak up the magic and get the Disneyland experience.

Now, thanks to new guidelines from Governor Newsom, known as the “Blueprint Refresh,” Disneyland has announced they will be reopening both of their theme parks — Disneyland Park and Disney California Adventure — on April 30, 2021!

John Stamos, a huge Disney fan himself, decided to take to social media and share a throwback photo of his Full House days in honor of Disneyland reopening its theme parks soon!

Stamos, who played Uncle Jessie on Full House, writes “#TBT In honor of @disneyland opening soon!” with an image of himself posing with Minnie Mouse and Mary-Kate and Ashley Olsen, who both took on the role of Michelle Tanner.

As previously mentioned, Stamos is a huge Disney Parks fan. The actor has posted multiple photos to his Instagram in the past at both Walt Disney World and Disneyland Resort.

He and his wife, Caitlin, even had the chance to dine at Club 33! Stamos previously shared a series of photos (seen below) from pre-pandemic with the caption “The most magnificent adventure I ever started was the day I met you. It doesn’t matter where our journey takes us, so long as we’re together. Thank you for the constant reminder of how blessed my life is. It is blessed because of you. Happy 33rd at Club 33. @caitlinskybound”.

Related: City of Anaheim Is “Receptive” to Disneyland Expansion

Once Disneyland reopens its theme parks, it’s safe to say we may catch John Stamos enjoying the Disney magic that we all have missed so much since the pandemic began.

Again, Disneyland announced they will be reopening both of their theme parks — Disneyland Park and Disney California Adventure — on April 30, 2021! It is important to note there will be a limited capacity put in place and only California residents will be able to visit for now — No out-of-state Guests are allowed.

When the parks reopen, some amenities, including FASTPASS, Disney MaxPass, Magic Morning, and Extra Magic Hour offerings, will be suspended as part of the phased reopening efforts amid the pandemic. This is not too much of a surprise as this is similar to what Walt Disney World did when they reopened in July 2020. You can read more about this here.

Are you excited for when Disneyland reopens? Let us know in the comments below.

Comments Off on John Stamos Expresses Excitement For Disneyland Reopening