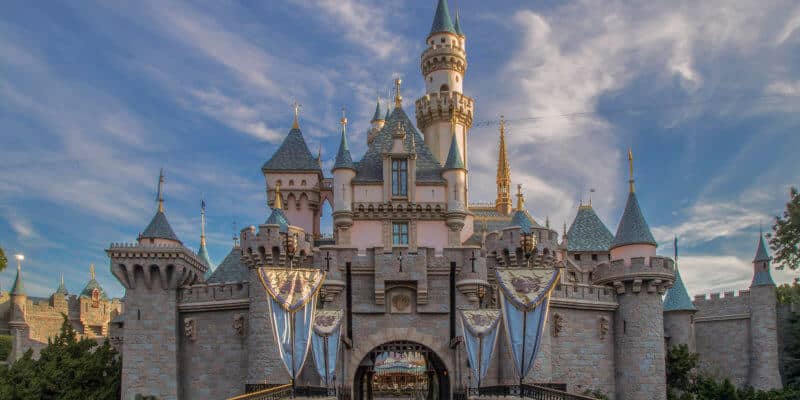 Disney has just unveiled plans for an expansion of the Disneyland Resort! The project, which is called DisneylandForward, includes theme park, retail, and parking expansions of the Anaheim resort.

We do want to note that the DisneylandForward plans describe the theme park expansion as exactly that — a theme park expansion — and not a “third gate” park as many first interpreted it. Disneyland Resort is preparing to work with the City of Anaheim to make these dream plans come true. And keep in mind that plans can change — so, as soon as more details regarding what exactly is coming to the Disneyland Resort — be it more attractions, retail, dining, hotels, parking, or even another park — we will be sure to update our website.

DisneylandForward showcases the reimagining of what the resort will look like over the next couple of decades, as seen in the concept art below.

But in order to successfully expand the Disneyland Resort, the company needs to work with the City of Anaheim, which seems to be on board with this exciting news!

According to OC Register, Anaheim spokesman Mike Lyster said the city is currently receptive to the updates Disney is asking for, which includes the zoning around the Disneyland Resort and the surrounding tourist district around Harbor Boulevard and Katella Avenue. However, OC Register did note that “restricting land to single uses is seen as outdated as urban planners consider how tourists in 2021 want to be immersed in their destination.”

Disney is looking for a “mixed-use” flexibility, Lyster explained, “On the same parcel, you’d have a hotel and entertainment, as opposed to two different parcels.”

What this means is that Disneyland could technically turn the Toy Story parking lot, which is located on Katella Avenue near the Anaheim Convention Center, into a hotel since the land is already “zoned.” (In case you weren’t familiar, this parking lot is currently being used as a COVID-19 vaccination site.)

Over the next decade, Disney plans to rebuild areas around Angel Stadium and the Honda Center into apartments, offices, shops, restaurants, and other entertainment buildings, in which Lyster said, “We see all three complimenting each other. We see it as our path to economic recovery in years to come.”

DisneylandForward is Disneyland’s efforts to grow their resort while also working hand-in-hand with the City of Anaheim to help boost economic revenue and rebound following the detrimental effects of the ongoing pandemic, which began impacting Anaheim and the Disneyland Resort in 2020.

Anaheim Mayor Harry Sidhu also shared his support for what Disney has planned, as reported by the OC Register:

“In the past year, we have seen what the Disneyland Resort means to Anaheim’s economy and the role it plays in helping us provide vital public services for our residents, neighborhoods and businesses,” Mayor Harry Sidhu said in a statement.

“I welcome fresh thinking about how the Disneyland Resort evolves and how we best maximize this resource for our city,” Sidhu said.

At this time, no specifics have been released by Disney, however, Walt Disney Imagineering’s Jeanette Lomboy said:

“What we do know today is that guests need and want more. In order to give guests what they want, we need more flexibility here in Anaheim. Guests are demanding immersive integrated experiences that are not singular in their uses. We no longer think of uses as separate. Retail, dining, entertainment, theme parks and hotels are all part of the same experiences in the same place. And we need the space in our lands to create story-rich environments.”

Additionally, Disney did hint at what that the future expansion could look like as they shared projects and concept art from Disney Parks around the globe, including the Tangled, Frozen and Peter Pan-themed lands coming to Tokyo Disneyland, the Zootopia-themed land, Disneytown retail district and the TRON roller coaster at Shanghai Disneyland, and Toy Story Land and Disney Springs shopping district at Walt Disney World Resort.

Keep in mind, none of these specifics listed above have been confirmed to come to Disneyland Resort but Inside the Magic will keep you updated as we get information.

Disneyland Park and Disney California Adventure have both remained closed due to the pandemic. Ever since the theme parks shut their gates in March 2020, Guests have been eager to once again soak up the magic and get the Disneyland experience. And now thanks to new guidelines from Governor Newsom, known as the “Blueprint Refresh,” Disneyland has announced they will be reopening both of their theme parks — Disneyland Park and Disney California Adventure — on April 30, 2021!

Are you excited for the expansion news? Let us know in the comments below.