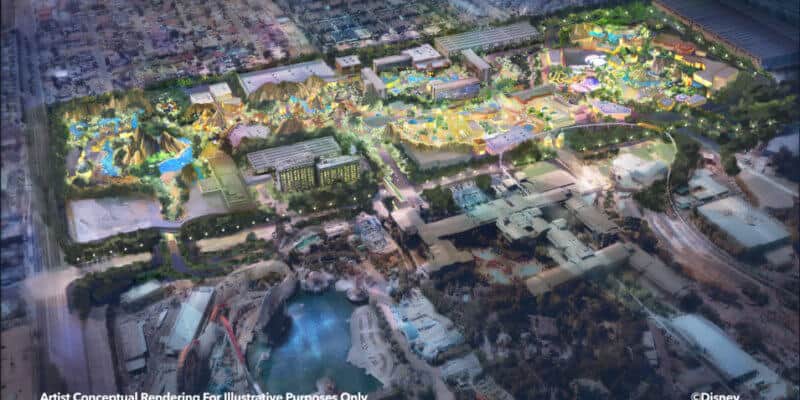 Although many initially interpreted this as the announcement of a “third gate” at the Disneyland Resort, officials are describing it instead as plans for a “theme park expansion.” It is also currently unclear exactly what will be included, and we expect more details to come later on in the future, especially since there will be a series of discussions that will be taking place with the City of Anaheim in order for Disney to move forward with the project.

The project name? DisneylandForward. And if you’re a major Disney fan, that likely makes you think of a famous Walt Disney quote — “We keep moving forward, opening new doors, and doing new things, because we’re curious and curiosity keeps leading us down new paths.” It sure feels appropriate for the original Magic Kingdom.

The company even launched an all-new website for the proposed project, which you can see here.

“Thinking big and leading the way is both our legacy and our best path forward. Now is the time to be bold, to dream, to believe, and to lead! The world-renowned Disneyland Resort is poised to bring back jobs to our community as well as new entertainment and experiences to loyal fans and new audiences for generations to come,” said Ken Potrock, Disneyland Resort President, about the DisneylandForward plans.

The Orange County Register provided the following details about the plans for DisneylandForward:

DisneylandForward is Disney’s effort to work with the city to grow the Disneyland resort, update the blueprint for the resort district and propel Anaheim’s economic rebound following the COVID-19 pandemic.

Disney will be asking the city over the next weeks and months for more flexibility in plans approved in the 1990s in order to be able to add a mix of theme park, hotel, retail, dining and entertainment on the eastern and western edges of the Disneyland resort.

Disneyland portfolio executive for Walt Disney Imagineering Jeanette Lomboy said during a media briefing on Thursday, March 25 that the DisneylandForward plan includes what could be possible in the future at the Disneyland resort with more flexibility and approvals from the city.

“Because of the current rigid district structure, we just need more flexibility,” Lomboy said. “We’re excited about the possibilities and ready to dream. Believe me, we have no shortage of ideas, content or stories to tell or build.”

The Immersive Theme Park westside expansion envisions a theme park on the Downtown Disney and Lilo and Stitch parking lots woven amid the Disneyland Hotel and Paradise Pier Hotel.

The company also released the following concept art. As you can see below, there is a lot of property that will be in development and connected to the greater Disneyland Resort over the next several years. Specific details relating to what themes or IPs we might see in the expansion were not announced, but it’s clear that this will be a magical addition to the Southern California Disney Parks.

Additionally, keep in mind that Disneyland officials stated that the development plan for DisneylandForward still stays within Disney’s existing 500-acre property in Anaheim. But although this stays within the company’s existing property, it is still an expansion of new offerings that Guests will be able to enjoy in the future, giving Disneyland Resort fans, locals, and longtime visitors even more to experience at the Happiest Place on Earth.

In the concept art above, we can see that the new westside expansion of the Disneyland Resort (illuminated in a golden hue) will include retail shops, existing Disneyland hotels, eateries, and several renderings of what looks to be attractions.

We can also see several waterways, with the area on the far left showcasing a mountain surrounded by water. There is a mountain range that will appear to provide Guests with that much more of an immersive feeling, preventing them from seeing the outside world when they are in this new Disneyland Resort atmosphere.

It seems that this project will provide Disneyland Resort Guests with the feeling of being in a “Disney bubble.”

Additionally, plans for a “Disney Entertainment Destination east-side expansion” were unveiled for the Toy Story parking lot right across from the Anaheim Convention Center.

The OC Register had this to say about those plans, pictured below:

The Disney Entertainment Destination east-side expansion would bring together theme park experiences, hotels, retail, dining and entertainment on the Toy Story parking lot next to the Anaheim Convention Center.

The east-side site on the 56-acre Fujishige strawberry-farm-turned-Disney-parking-lot has long been discussed as a possible “third gate” for future theme park expansion.

Concept art of the east-side retail area features a central lagoon surrounded by shops and a low-rise hotel with a parking structure near the corner of Katella Avenue and Haster Street.

See more of the plans in the image below, which shows both the “possible immersive theme park” located on the westside area of the property, “a new kind of Disney entertainment destination” at the location of the Toy Story lot, and possible new parking off Disney Way.

You can also see in the plans below that the existing Disneyland Hotel and Disney’s Paradise Pier Hotel are shown in the expansion area, indicating that much of what is being planned will really make the Disneyland Resort property that much more immersive to Guests.

“What we do know today is that guests need and want more,” said Disneyland portfolio executive for Walt Disney Imagineering Jeanette Lomboy, as reported by the OC Register. “In order to give guests what they want, we need more flexibility here in Anaheim. Guests are demanding immersive integrated experiences that are not singular in their uses. We no longer think of uses as separate. Retail, dining, entertainment, theme parks and hotels are all part of the same experiences in the same place. And we need the space in our lands to create story-rich environments.”

Even though this news broke today, an opening date for the Disneyland Resort expansion has not been announced. The immersive expansion on the westside of the California Disney theme park property will be a project that will span several years if it moves forward.

Additionally, even though these are some ambitious plans for some magical major additions to the Disneyland Resort, these plans will need to be approved by Anaheim leaders. The “back-and-forth planning process” is expected to last two years before anything is finalized.

So, for now, nothing is for sure or officially underway, and these are just the proposals for what Disney wants to create in California. However, if you are a huge fan, this will like an exciting possibility and something to hopefully look forward to.

The Disneyland Resort already comprises Disneyland Park, Disney California Adventure Park, the Downtown Disney District, three onsite hotels (the Disneyland Hotel, Disney’s Paradise Pier Hotel, and Disney’s Grand Californian Hotel & Spa), and three major parking areas in addition to hotel parking (the Mickey & Friends and Pixar Pals parking structures, the Simba lot at Downtown Disney, and the Toy Story lot). But as we know from these plans, it looks like the team behind the Happiest Place on Earth wants to bring even more magic to California in a bold new way.

As Walt Disney said, “Disneyland will never be completed. It will continue to grow as long as there is imagination left in the world.” 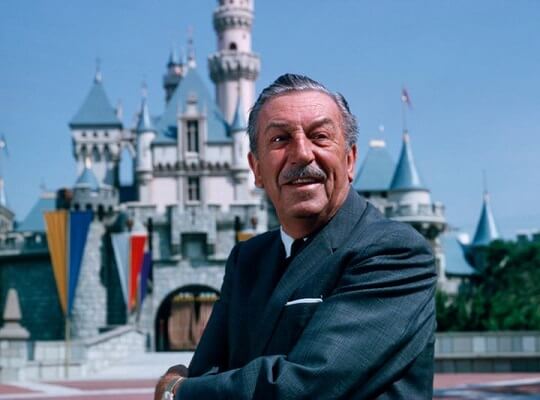 What do you think? Are you excited for this massive expansion of the Disneyland Resort? Do you hope Disney announces concrete plans soon and the project is approved? Let us know in the comments!