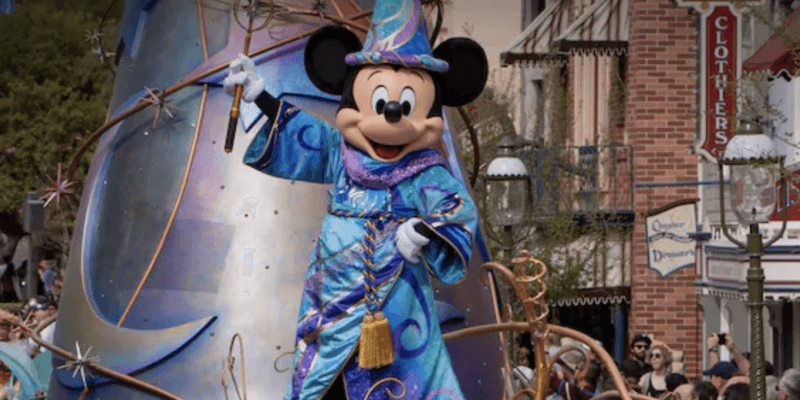 Some great news was recently revealed for the theme parks of the Disneyland Resort — and company officials like Executive Chairman Bob Iger are sharing their enthusiasm!

It was recently announced that, due to changes in California’s reopening strategy amid the ongoing pandemic, Disneyland Resort and other California theme parks would be able to open as early as April 1 at a limited capacity.

On March 5, the State of California issued new guidelines that said once counties reached the red tier, tier 2, for COVID-19 cases and spread, theme parks would be able to open beginning April 1 at a 15% capacity.  Less than two weeks later, Bob Chapek announced that the theme parks of the Disneyland Resort (Disneyland and Disney California Adventure) would reopen on April 30 at the permitted 15% and Guests would once again be able to enjoy the sights and sounds of the Happiest Place on Earth.

While Disney fans were ecstatic to hear the news that the California theme park would be opening up after a more than year-long closure, they weren’t the only ones.  As reported by Deadline, in an interview with Alan Fleischmann for his new podcast Leadership Matters, Bob Iger noted that Chapek’s excitement was palpable.

He stated that both he and Chapek felt “like a kid” when The Walt Disney Company announced that Disneyland Park and Disney California Adventure Park would reopen in April after a closure of over a full year.

“There’s something so symbolic about Disneyland reopening,” Iger said.  He later added that it “says a lot about what we’ve been through these past 12 months.”

The symbolism and excitement of Disneyland’s reopening has spread far beyond Bob Iger and Bob Chapek.  Disneyland Resort President Ken Potrock and Chairman of the Disney Parks, Josh D’Amaro, can often be found at Downtown Disney and inside California Adventure always ready to take a picture and interact with Guests (from a safe distance during the pandemic-era).  When the news of the park’s ability to reopen broke, an excited Potrock shared the following statement:

“We are encouraged that theme parks now have a path toward reopening this spring, getting thousands of people back to work and greatly helping neighboring businesses and our entire community.”

To express his own excitement, D’Amaro went onto Instagram and shared this photo:

On top of Disneyland executives being excited for the parks to reopen, the tens of thousands of  Disneyland Cast Members are also feeling the reopening joy.  Many of them had to rely on unemployment or had to hope to find other work during the year-long closure.  With the start of A Touch of Disney last week and the parks planning to reopen next month, many Disney Cast Members have been able to come back to the place they consider home. In fact, around 10,000 Cast Members will get to return to the Disneyland Resort.

Are you as excited as the Cast Members and executives about Disneyland reopening?  How long are you planning on waiting until you plan your next Disneyland vacation?  Let us know in the comments below!