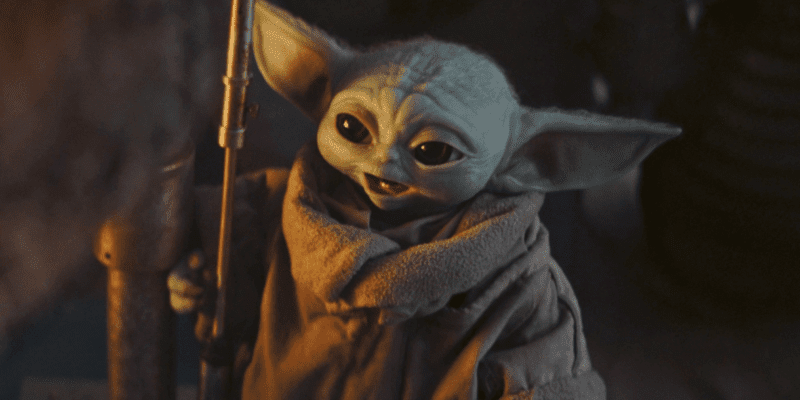 When The Walt Disney Company first announced its Star Wars: Galactic Starcruiser at the 2017 D23 Expo in Anaheim, California, Star Wars fans were elated at the prospect of the experience, which is set to come as close to transporting Guests to a galaxy far, far away as is actually possible on Earth.

In fact, Disney CEO Bob Chapek has expressed that the entire two-night, three-day journey into the Star Wars story will leave Guests “blown away”, and that the Resort is unlike anything else Walt Disney Imagineering has ever attempted.

We don’t know too much about the Starcruiser, but we can piece together bits of how the immersive experience is likely to play out based on what we do know about the new Star Wars hotel.

One thing we know for sure is that passengers on the Halcyon luxury starliner will get to take a port excursion to Batuu and Black Spire Outpost, with guaranteed rides on both Millennium Falcon: Smugglers Run and the sought-after Star Wars: Rise of the Resistance (without, presumably, going through the daily boarding group chaos).

For those unfamiliar with the ever-expanding Star Wars universe, Batuu is the planet Guests are transported to when they visit Star Wars: Galaxy’s Edge at both Walt Disney World Resort’s Disney’s Hollywood Studios Park and Disneyland Resort’s Disneyland Park.

We also know that the upscale ship — an MPO-1400 Star Cruiser operated by the Chandrila Star Line — will be outfitted with a variety of activities for Guests, including a lightsaber wielding experience, a high-end dinner show, and a signature dining experience known as the Crown of Corellia.

Finally, it has been confirmed that various Star Wars sequel trilogy characters will be onboard, including Kylo Ren, Rey Skywalker, and Han Solo’s ever-faithful copilot, Chewbacca the Wookiee.

This means you’re going to have to bear with us for a moment as we make our point — it seems extremely likely that Disney will use its new Star Wars hotel to bring Din Djarin and Grogu (AKA “Baby Yoda”) to Disney Parks for the very first time.

Ever since Pedro Pascal’s Mandalorian bounty hunter, Djarin, and his tiny foundling first graced television screens across America in Disney+ hit series The Mandalorian on November 12, 2019, both characters have become pop culture sensations.

Due to this, it seems as though it’s only a matter of time before both the titular Mandalorian and his 50-year-old infant “son” make their way to Disney Parks. Most fans, however, assumed this would be at a Star Wars: Galaxy’s Edge meet and greet.

However, the timeline here is a bit strange. For those unfamiliar, Jon Favreau and Dave Filoni’s The Mandalorian saga takes place about five years after George Lucas’s final original trilogy film, Star Wars: Episode VI – Return of the Jedi (1983). This is how Jedi Knight Luke Skywalker (CGI Mark Hamill) was able to make his reappearance in the Star Wars franchise in The Mandalorian Season 2 finale episode (“Chapter 16: The Rescue”).

However, The Last Jedi takes place around 25 years after Djarin and Grogu’s adventures — in other words, the bounty hunter would be well on his way to AARP status if he were introduced at Galaxy’s Edge.

The Galactic Starcruiser, however, has a major advantage over the theme park Star Wars land. It is being heavily touted as a “cruise ship” type of experience — and what’s one thing almost every cruise has? Multiple ports.

The way the Starcruiser is situated on Walt Disney World Resort property [below], it is clear that there is plenty of space to expand between the newest Disney World hotel and Disney’s Art of Animation Resort and Disney’s Pop Century Resort.

While nothing has been confirmed, imagine for a moment that Disney was to add a second Star Wars planet in a completely different part of the Star Wars timeline — a planet where Mandalorian characters like Katee Sackhoff’s Bo-Katan Kryze and Rosario Dawson’s Ahsoka Tano could roam alongside Djarin, for example.

Then, the Starcruiser could theoretically offer multiple itineraries — just like a real cruise ship. Some itineraries would land Guests on Batuu during the sequel trilogy era, while other vacations would allow Halcyon passengers to experience the Star Wars timeline closer to the original trilogy.

Not only does this make the Star Wars Resort more appealing to all Star Wars fans — including those who have loved the franchise since 1977 — but it makes it more likely that people will return to the Starcruiser multiple times.

Right now, even though the onboard story is expected to depend somewhat upon the choices Guests make during their journey through the galaxy, the basic premise will be the same every time, meaning that it is unlikely people will book multiple stays on the “starship”.

This could, potentially, be a problem for Disney since there are only so many Disney World Guests who love Star Wars enough to pay what is likely to be thousands of dollars — exact pricing has not been released at this time — to spend three days in “space”.

Offering multiple itineraries and multiple sets of characters would be enticing for fans, not to mention the MPO-1400 ship is from the New Republic era (the era in which The Mandalorian is set).

Furthermore, from a purely business standpoint, since Grogu, in particular, has such universal popularity, making him available to Guests only on the Starcruiser would be a brilliant money-making opportunity for Disney.

Remember, of course, this is purely speculation at this time, but it seems that Grogu and Din Djarin’s Disney Parks debut is inevitable, and this could be the perfect way for Disney Imagineers to bring them “home” to Walt Disney World Resort.

What do you think? Will Mando and “Baby Yoda” be incorporated into the Starcruiser?

For the latest details about booking a stay on the Starcruiser, visit its official webpage. At this time, reservations for staterooms are not available.