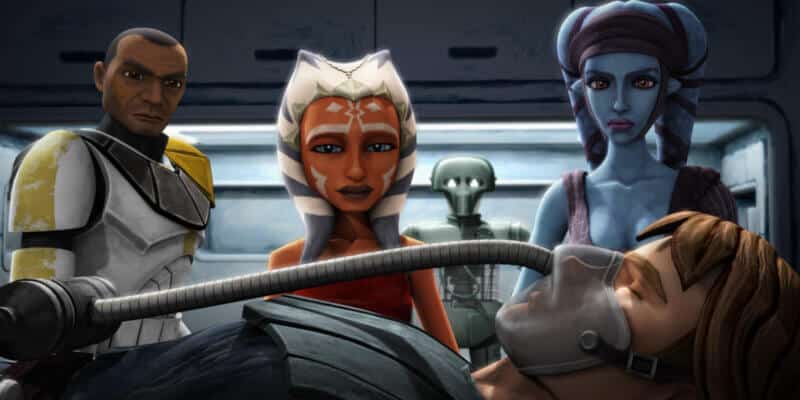 While we don’t know too much about the Starcruiser — other than the fact that Disney CEO Bob Chapek claims it will leave Guests “blown away”, and it is the most immersive experience Imagineers have ever created — there are a few things we do know for sure.

Guests will even get to take a port excursion to Batuu and Black Spire Outpost, with guaranteed rides on both Millennium Falcon: Smugglers Run and the sought-after Star Wars: Rise of the Resistance (without, presumably, going through the daily boarding group chaos).

Additionally, the setting of the Starcruiser hotel is the Halcyon luxury starship — an MPO-1400 Star Cruiser operated by the Chandrila Star Line. The ship will be outfitted with a variety of activities for Guests, including a lightsaber wielding experience, a high-end dinner show, and a signature dining experience known as the Crown of Corellia.

Finally, we know that various characters will be onboard, including Kylo Ren, Rey Skywalker, and Han Solo’s ever-faithful copilot, Chewbacca the Wookiee.

Now, it seems that Disney has hidden a surprising character in the first official poster for its highly-anticipated Star Wars hotel. The server in the bottom left of the graphic [above] certainly appears to be Aayla Secura, the Twi’Lek character who was killed during Order 66, many years before the Starcruiser is supposed to be set in the Star Wars timeline.

In addition to the fact that this Twi’Lek — whoever she may be in reality — is wearing a headdress very similar to Secura’s [above], her robe is nearly identical to the one worn by the character in her Hasbro Star Wars The Vintage Collection figure [below].

There are a few options here. First, of course, the character could simply be another Twi’Lek from Ryloth who found herself inspired by Secura’s bravery throughout the Clone Wars era.

Secondarily, Disney’s artists could have chosen to include Secura as a fun throwback for Star Wars fans — Mandalorian concept artists did something strikingly similar with sequel trilogy character Poe Dameron (Oscar Isaac) in Season 2 artwork, even though Dameron never accompanied Din Djarin (Pedro Pascal) and Grogu on any of their adventures and would have been a very small child during the Mandalorian era.

Third, it almost goes without saying, the rendering could be hinting that characters from other parts of the Star Wars universe could find their way onto the Halcyon.

Whether or not Secura herself actually shows up — unlikely, unless she miraculously survived Order 66 and went undercover as a waitress to take down Kylo Ren and the First Order decades later — this artwork does open the door for other Star Wars: The Clone Wars characters like former Jedi Ahsoka Tano to, perhaps, make their Disney Parks debuts.

Related: ‘The Clone Wars’ – Everything to Know About Captain Rex

With an athletic build, an exotic beauty, and blue skin, Aayla Secura stood out among the many faces of the Jedi ranks. A cunning warrior and Jedi Knight during the rise of the Clone Wars, Aayla fought alongside Clone Commander Bly on many exotic battlefields. Having mastered the emotional detachment necessary in the Jedi Order, she always tried to pass on what she had learned to others. Aayla was killed, along with many other Jedi Generals, when her troops turned on her in reaction to Supreme Chancellor Palpatine’s broadcast of Order 66.

What do you think? Was Aayla Secura included in the new Star Wars: Galactic Starcruiser advertising on purpose?

For the latest details about booking a stay on the Starcruiser, visit its official webpage. At this time, reservations for staterooms are not available.