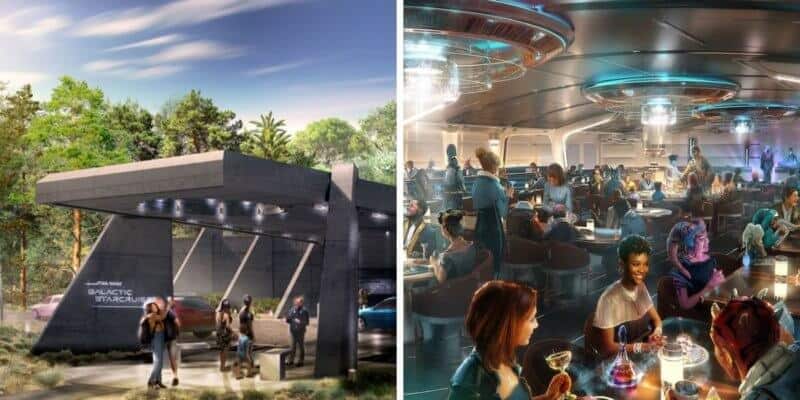 Today Disney made some big announcements surrounding its upcoming Star Wars-themed hotel experience that is currently under construction at Walt Disney World.

We now have new details on how dining will operate at this exciting new immersive hotel experience!

Disney gave fans an opening year for the Galactic Starcruiser, although no set date has been announced we know this ship will begin boarding in 2022. This highly anticipated new hotel will interconnect with Galaxy’s Edge in Disney’s Hollywood Studios making for a truly over-the-top Star Wars experience for the most serious fans.

Corellia, hm… doesn’t that planet sound familiar? Yes, in fact, Corellia is where the Millennium Falcon was made, as well as the Galactic Starcruiser!

Disney Parks Blog shared concept art for Crown of Corellia, which you can see below:

Disney stated that this dining venue will be open for Guests for breakfast and lunch, but will transform into a more immersive dining experience in the evening, offering a multi-course meal.

The enticing supper club’s name is an homage to Corellia, the planet known galaxy-wide for its shipyards that gave us not only the Halcyon starcruiser, but also the Millennium Falcon. The dining room is a bright and welcoming hall that will offer breakfast and lunch to passengers before transitioning each evening into a lavish multi-course menu of both otherworldly and familiar origins.

It sounds as if the food offered at the Crown of Corellia will have earthly familiar options, as well as some themed dishes. We anticipate this will be in the same style that we see at Docking Bay 7 inside of Galaxy’s Edge.

We know that there will be other dining experiences on the Galactic Starcruiser, as we have previously reported on a dinner show and the Silver C Lounge which you can read more about here.

Will you be taking a journey on the Galactic Starcruiser? Let us know in the comments!

Want to book a trip to Walt Disney World? We can help! Click here for more details.