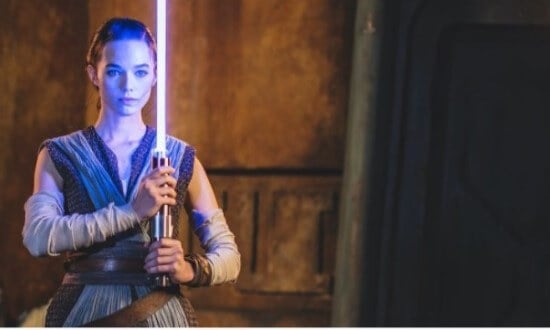 May the Fourth be with you all! Disney has just released a small glimpse into what the new REAL lightsaber will look like when you wield the Force.

Disney Parks Blog just gave Star Wars fan the best news since Galaxy’s Edge opened! A new video has just been released with Rey showcasing the new and very “REAL” Disney lightsaber coming to Walt Disney World in 2022. This new real retractable lightsaber is the closest you will find to an actual Jedi lightsaber in the films!

Where can you see this first hand? Well, Guests will see experience this amazing force while staying at the Star Wars: Galactic Starcruiser, which we just found out will be launching in 2022.

Yes, that’s a new type of lightsaber Rey is holding in her hand, created by Walt Disney Imagineering Research and Development. Guests who experience Star Wars: Galactic Starcruiser will be the first to see it in action – along with so much more – starting in 2022 when this amazing new two-night adventure debuts. Watching that lightsaber activate right before your eyes will be just one of the countless ways that, from the moment you arrive to the moment you depart, you’ll be plunged into a Star Wars story where your decisions and actions – or even the casual conversations you may have – determine how your personal journey unfolds.

Rey unveiling this gorgeous lightsaber would give any Star Wars fan chills from head to toe! Check out this amazing 13-second video that will make you want to reserve this new Disney experience immediately:

Once the doors open, and you leave the Disney Park behind, Disney Guests will feel like Jedi royalty as they enter the ship. Be prepared to encounter and interact with both old and new characters and dine in the Crown of Corellia Dining Room where they will serve up breakfast and lunch in Star Wars style.

For Star Wars fans who want to train to become an incredible Jedi, get excited because Disney Parks Blog shared:

Star Wars: Galaxy’s Edge in both Walt Disney World and Disneyland Resort has been a dream come true for the ultimate Star Wars fans. Ever since May 31, 2019 when this gorgeous land arrived in Disneyland Park, and August 29, 2019 in Disney’s Hollywood Studios, Guests have been able to walk inside Batuu, ride the Millennium Falcon, and fight alongside the Resistance and escape the First Order in Star Wars: Rise of the Resistance.

One of the greatest experiences Disney Imagineers came up with is the immersive and interactive way for Disney Guests to purchase and develop their very own working lightsaber with the customized hilt and enchanted kyber crystal at Savi’s Workshop inside Disney’s Hollywood Studios.

Follow Inside the Magic as we bring you all the latest Star Wars news today. We will keep you updated on what’s to come in this amazing Star Wars experience.

Are you loving the new lightsaber? Let us know in the comments below!

Do you need help planning your next Star Wars adventure inside Walt Disney World? Our friends are EarMarked Diamond!

Comments Off on VIDEO: “Real” Lightsaber Coming to Disney World NEXT YEAR!