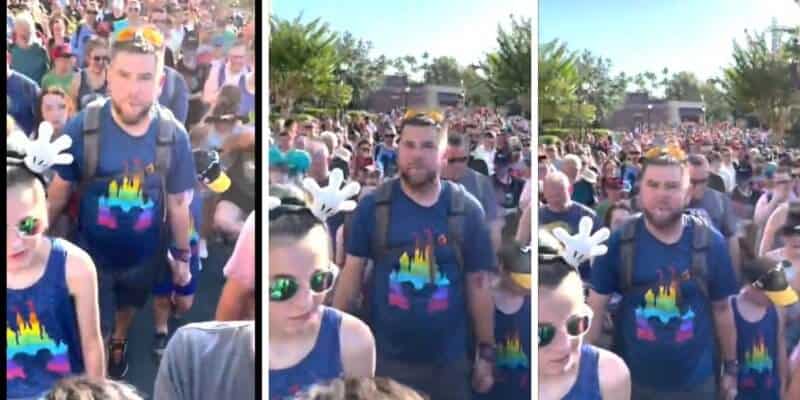 Walt Disney World is once again welcoming what looks to be pre-pandemic crowds at the theme parks — including Magic Kingdom, EPCOT, Disney’s Hollywood Studios, and Disney’s Animal Kingdom.

And with these large crowds, as well as an increase in capacity at Disney World, it’s safe to say pre-pandemic rope drop has also returned to the theme parks.

Now, as we are in mid-July, just one year after the theme parks reopened, we are seeing rope drop return to other theme parks as well. Reddit user @mkymouse73 took to the social media platform to share a video of them in the rope drop crowd at Hollywood Studios the other morning. They captioned the video:

From the video footage, it is clear that pre-pandemic crowds have arrived in Disney World as people cannot wait to once again soak up the magic of the theme parks as we continue to move forward.

Related: The Complete Guide to Rope Drop at the Walt Disney World Resort

With all of this being said, if you have an upcoming Disney World vacation, expect to see a bit more “normalcy” compared to last summer when the theme parks first reopened after temporarily closing due to the ongoing pandemic.

If you are visiting Walt Disney World in the near future, be sure to familiarize yourself with the current safety protocols as the theme parks have continued to modify the rules and regulations.

Do you want to start planning your magical Disney World vacation? Our friends at Academy Travel are ready to help. Get started by clicking here!