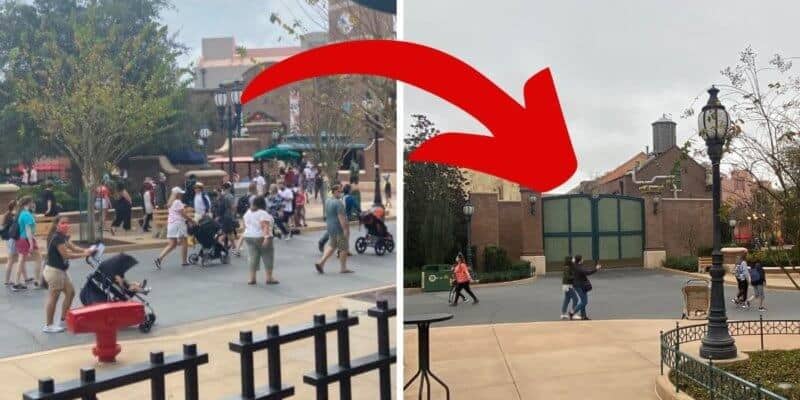 We reported during the holiday season that Walt Disney World Resort brought in crowds; in fact, the theme parks even hit their limited capacity on multiple different days during the 2020 holidays. However, now that the holidays are in the past and we are beginning the New Year, it seems that, for now, the crowds have been left behind in 2020.

I was one of the Walt Disney World Guests who not only visited the theme parks during the holidays but also after the season came to an end, and I wanted to share my experience with our Inside the Magic readers, in case you are debating on visiting Disney World in the near future.

Note that visiting any theme park during the ongoing pandemic poses a risk. For more information, visit the Disney World website.

Disney World Crowds During the Holidays

I visited Walt Disney World on vacation in November. I found that the crowd levels at the theme parks honestly depended on the time of day, where exactly inside the park you were, and even which theme park you were visiting.

On November 7, I was visiting Magic Kingdom where I found crowds gathered around typically when a cavalcade was either just starting or just ending as well as on the main section of Main Street U.S.A. Below, you can see the line for Pirates of the Caribbean, located in Adventureland, which extended all the way to Frontierland.

And here, you can see crowds pouring into Magic Kingdom from the main entrance right down the middle of Main Street, U.S.A.

On the flip side, in other sections of the theme park (such as in the hub closer to Cinderella Castle or over in New Fantasyland), I found it to be way less crowded, as you can see in the photo below.

Additionally, on November 8, at Disney’s Hollywood Studios once again I found that the crowd levels depended on the time of day. Here, you can see Guests rushing to Star Wars: Galaxy’s Edge eager to pilot the Millenium Falcon on Smugglers Run.

However, just seconds later, I snapped these photos (below) where you can see little to no one in the streets of Disney’s Hollywood Studios.

So, as you can see, during the holiday season in 2020, it really all depended on what day of the week, what time of the day, which theme park you were visiting, and what section of the park you were in when it came to crowds.

Disney World Crowds After the Holidays

I also was a Disney World Guest after the holidays came to an end. In fact, I visited EPCOT on January 11 and found that the crowds were little to none. The EPCOT International Festival of the Arts kicked off just three days prior, and I expected it to be much more crowded; however, I didn’t wait in a single line when going to the food booths. You can see some of the photos I snapped below.

As you can see, there really aren’t many Guests in World Showcase. These photos were taken at around noon EST, and I do have to admit, come mid-afternoon (once people were allowed to park hop) it did get a little bit busier, but still, nothing compared to during the holidays.

I also ended up Park Hopping later in the evening on January 11 to visit Magic Kingdom, and as you can see, Main Street, U.S.A., despite having a handful of Guests, is still pretty empty.

On January 12, I headed to Disney’s Hollywood Studios, which has easily been the most crowded park over the last few months and I found this still to be true.

There were definitely more Guests in this theme park than others, but the crowds were still minimal compared to during the holidays.

If you want to take visit Disney World in the near future but are having trouble knowing where to begin planning, we highly suggest working with our friends over at Academy Travel. Not only will they help you book your hotel and secure Park Passes, but also they will offer tips and tricks for you and your family so you get to enjoy all of the magic offered at Walt Disney World for the 50th anniversary and beyond! You can get started today by clicking here.

Have you visited Disney World recently? Let us know your thoughts on crowd levels in the comments below.