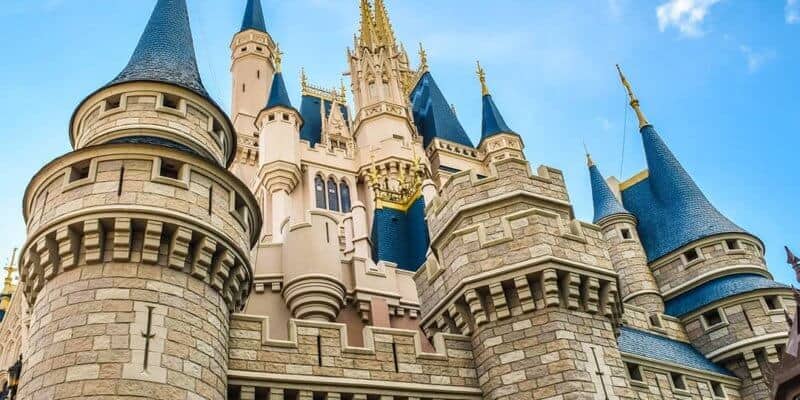 Getting to the park of your choice at the Walt Disney World Resort for early morning rope-drop is among the top bucket list items for many Disney fans. If you think rope-drop simply means getting to the park before it opens, you may want to set your alarm for an hour or two even earlier and load up on the coffee- here’s what you need to know about rope-dropping your favorite Disney parks:

The Magic Kingdom is the only park at the Walt Disney World Resort that currently has an opening performance. The “Let the Magic Begin” show is the perfect way to begin at a day in the park or to get your Disney vacation off to a magical start. The show takes place on the Cinderella Castle stage, so for the best view you’ll want to arrive early- and we aren’t kidding when we mean early.

Estimating your travel time around the Walt Disney World Resort can be more difficult than you may have anticipated, especially when you factor in getting the whole family ready and loaded onto a bus, monorail, or boat. The Magic Kingdom is the most visited theme park in the world, and for the best rope-drop strategy you’ll want to leave your resort at least two hours in advance.

While the park entrance process has changed quite a bit over the years, leaving your resort that early is still recommended to allow plenty of time to go through security. Plus, if you’re hoping to get the best daytime pictures on Main Street with the smallest crowds in the background, the earlier you’re able to arrive the better. You can also plan your visit to the Magic Kingdom to go along with an early breakfast reservation. Popular restaurants like Cinderella’s Royal Table and the Crystal Palace typically have reservation times an hour in advance of the park opening, and booking an early breakfast can be a great way to ensure early entry for rope-drop and get some of those sought after photos.

Of course, some guests are interested in getting to the parks for rope-drop to focus on rides, and that’s okay too! If your rope-drop plans are based on getting to popular attractions first, namely Seven Dwarfs Mine Train, plan to arrive about an hour before the park’s scheduled opening time and make your way towards Fantasyland once you’re able to do so. Remember to follow Cast Member instructions and to avoid running in the park, and you’ll be on your way to Seven Dwarfs Mine Train (or any other attraction of your choosing) with little to no wait.

While the Magic Kingdom is the only park with a special opening show, there are plenty of reasons to rope-drop the other parks as well. For Epcot, many guests rope-drop with the hopes of getting on a favorite ride that they were unable to secure a FastPass for (namely Test Track, Frozen Ever After, or Soarin’.)

Epcot uses a tiered FastPass system, so even with the best possible planning skills, you won’t be able to get all three of those attractions reserved in advance. Thankfully Epcot’s rope-drop is less crowded and stressful than the Magic Kingdom’s setup, and as long as you arrive within 45 minutes to an hour of the park’s opening you should have no issues getting to at least one of those rides right after the park opens.

The exception to the rule in Epcot where you may want to arrive even earlier to rope-drop this park is during the beginning or the end of popular festivals (like the Epcot International Food & Wine Festival or the Epcot International Flower & Garden Festival) or peak weeks and holidays like Christmas week or New Year’s Eve. If you stay at a resort nearby, like Disney’s Yacht & Beach Club Resorts, you can easily rope-drop regardless of the crowd levels by taking a quick stroll to the park’s International Gateway entrance.

Disney’s Hollywood Studios has in recent years become the go-to park to rope-drop because of Star Wars: Galaxy’s Edge and Toy Story Land. As the newest themed lands at the Walt Disney World Resort, rope-dropping both areas to avoid long lines is definitely one of the best tips and tricks guests can use to make the most out of their times in the park.

To best rope-drop Hollywood Studios, arrive an hour or so before the park opens and start in either Star Wars: Galaxy’s Edge or Toy Story Land. If you are able to get a FastPass for an attraction like say Slinky Dog Dash or Toy Story Mania then starting the day off in Galaxy’s Edge can help you tour the parks even more efficiently.

If Star Wars and Toy Story are not at the top of your list, you have even more reason to rope-drop Disney’s Hollywood Studios! Since so many guests arriving in the morning are heading straight for the newest lands in the park, you can start your trip with other popular attractions like Rock n’ Roller Coaster or the Twilight Zone Tower of Terror and you’ll likely be able to ride multiple times before the lines start to build up!

No Disney World rope drop plan is complete without being among the first to ride Flight of Passage in Pandora: World of Avatar. While Galaxy’s Edge may have the most spotlight right now, Flight of Passage is still among the most popular of Disney’s newest rides and attractions and rope-dropping it when you can’t get a FastPass is one of the easiest ways to get on with a short wait.

When you rope-drop Disney’s Animal Kingdom (about an hour before the park opens), you’ll most likely find yourself in a crowd of new and very close friends all making your way to Pandora. Since the majority of guests entering the park at the opening time will be heading that same direction, it’s going to quickly feel like you are part of a major crowd, but don’t worry! The queue itself for Flight of Passage is very long, and it will essentially take you about the time to walk through the line to get to the ride (if you are in the park before opening time).

And if you did manage to get FastPass reservations for Flight of Passage or if you’re just not interested in starting the day in Pandora, you’ll find that much like Disney’s Hollywood Studios there are plenty of opportunities to get to different attractions around Animal Kingdom with little or no wait in the early morning hours. We recommend starting at Expedition Everest if you are looking to start the day off with some thrills or Kilimanjaro Safaris to see some of the animals early in the morning while they are most active.

Want to make sure you get to rope-drop the park of your choice on your next Disney vacation? Plan your trip with Academy Travel, our preferred Disney travel planners! As authorized Disney Vacation Planners, Academy Travel can book your accommodations and fill you in on the best plan to get to your favorite attractions right when the parks open. Click here for a free, no obligation quote and start planning your most magical Disney vacation yet!

Have you rope-dropped a Disney park? Where did you go first? Let us know in the comments!