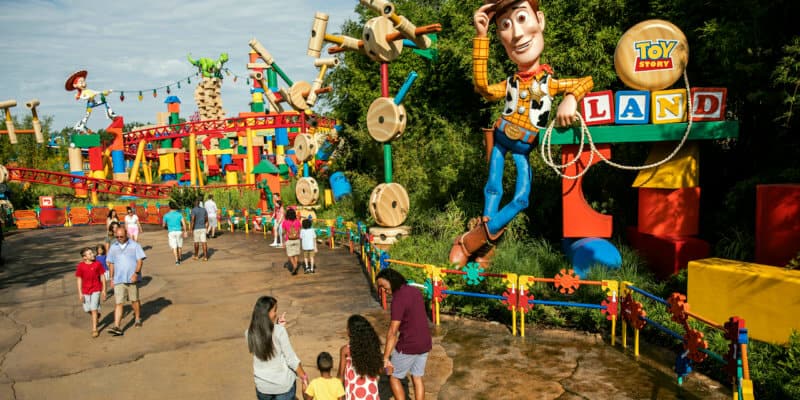 Early Morning Magic has been an experience offered at Magic Kingdom’s Fantasyland for the past few years, giving guests exclusive early access to the park’s Seven Dwarfs Mine train, Peter Pan’s Flight, and the Many Adventures of Winnie the Pooh attractions. Similar to this new Toy Story Land experience, the Magic Kingdom Early Morning Magic event also offers breakfast as part of the package. 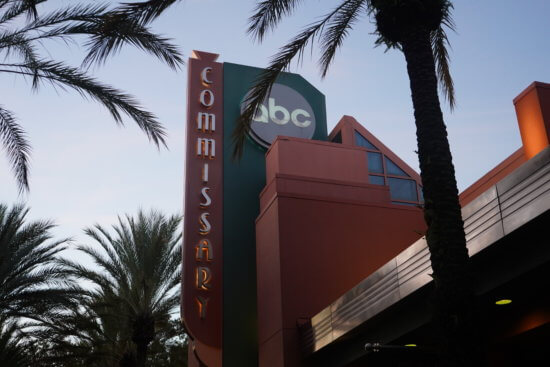 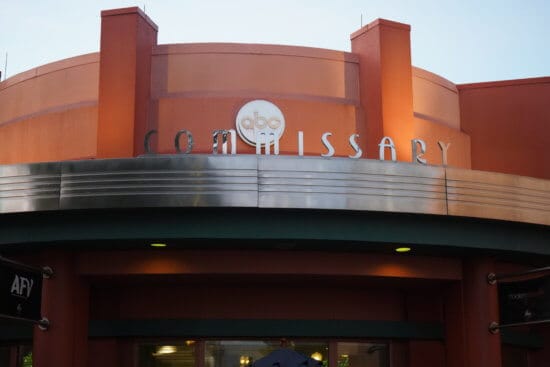 In addition to the similar buffet offerings to Fantasyland’s version listed above, breakfast for the Toy Story land Early Morning Magic event is offered at the ABC Commissary, where guests can enjoy entrees of the following.

These savory options really do stand out and are honestly delicious. This menu features fresh ingredients and offers a range from a healthier breakfast of the Smashed Avocado Toast Egg Plate, which offers fresh avocado and dressed greens, to a heartier and meaty breakfast of the Shrimp and Southern Grits Bowl, which features richer ingredients like cheddar cheese, shrimp, and andouille sausage.

The experience offers each guest the buffet and a choice of one of the entrees listed above. For the little ones, they can enjoy everything on the buffet as well as a kid’s portion of the Fried Chicken and Cinnamon Sugar French Donut or Scrambled Eggs, and both come with Sweet Potato barrels.

For the price of $79 per person, you certainly do have access to a large amount of food, as each entree is rather large in person. When paired with the buffet, you might even find yourself loosening your belt buckle after this meal. It is difficult to say, however, whether or not the value of this breakfast helps sweeten the cost of $79 per person that comes in addition to your regular park admission.

As it pertains to the attractions and the land, the experience overall did feel very exclusive. Below is an image from the early morning event and it certainly paints an accurate depiction of the crowds one will find during Toy Story Land’s Early Morning Magic. 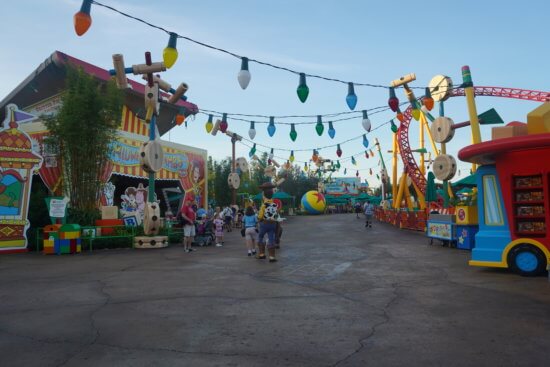 Each Early Morning Magic experience is capped to a limited number of participants. The exact number was not made known, although it is small enough to keep each attraction wait time under ten minutes. 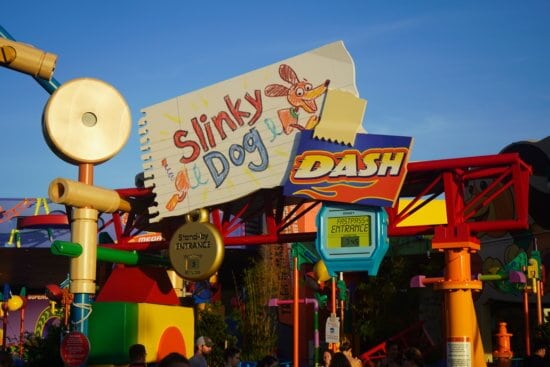 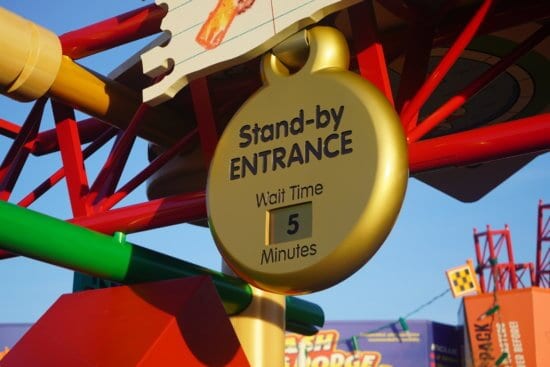 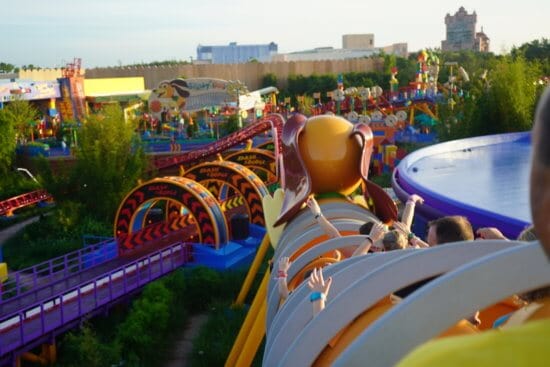 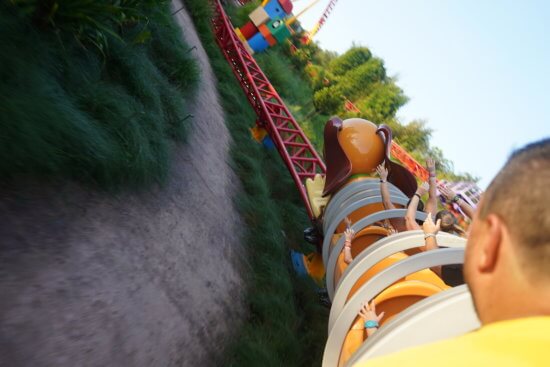 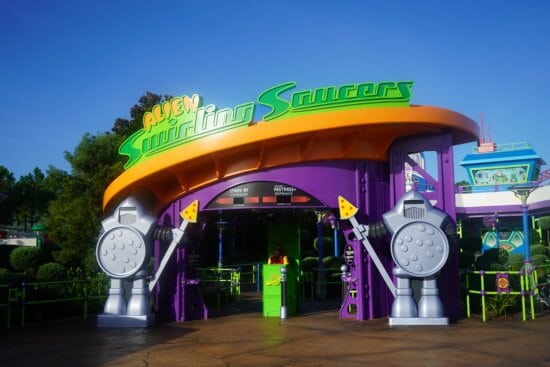 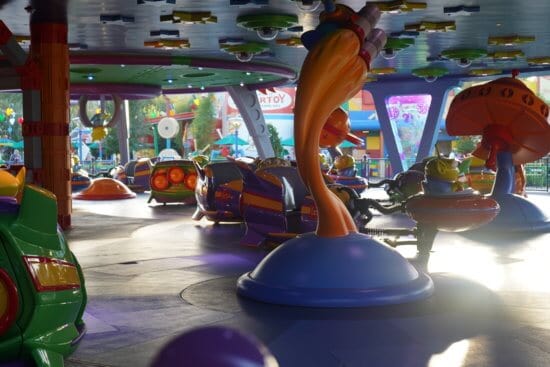 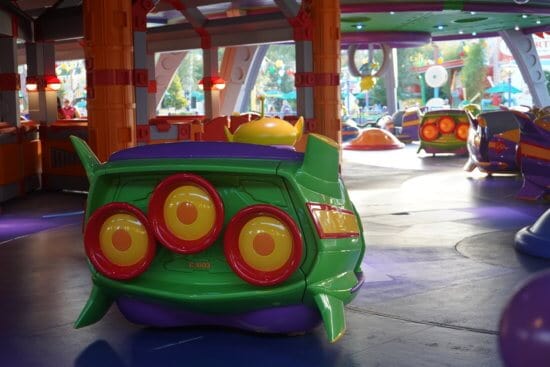 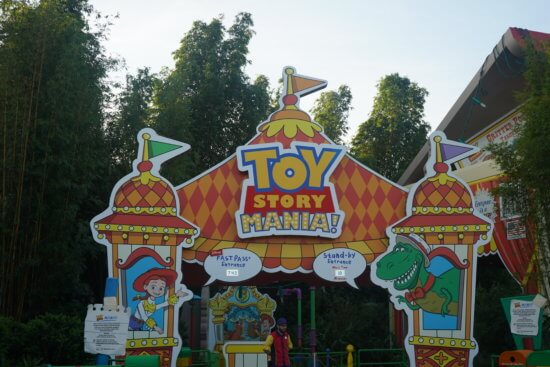 The wait times for both Alien Swirling Saucers and Toy Story Mania! were both at ten minutes.

The event also featured Buzz Lightyear, Woody, and Jessie walking around to pose for pictures with guests. These characters can be found during normal operating hours in Toy Story Land, except each usually has a lengthy line. 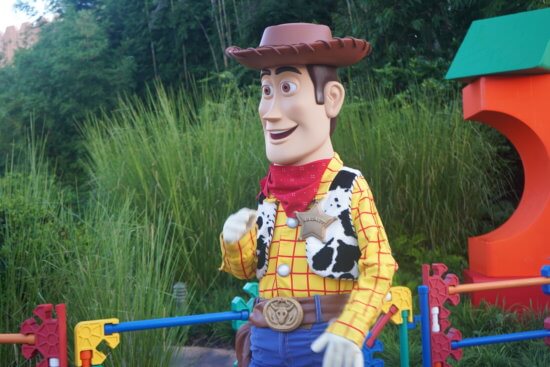 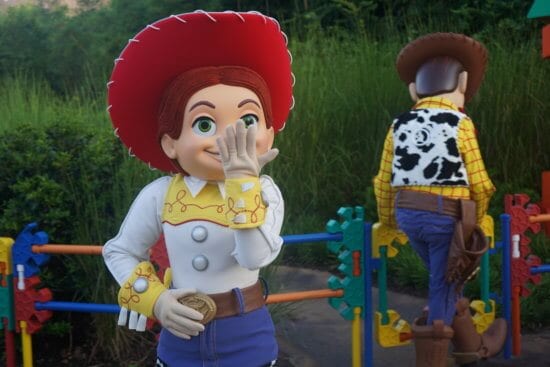 Overall, the question many might ask themselves when considering purchasing a ticket to this experience has to be “is it worth it?” To answer that question, I think it depends on your situation. If you are someone who has never been to Walt Disney World before and is probably not going to be returning for some time, and is also a major “Toy Story” fan with a few extra bucks to spend than this might be a good option for you. Or perhaps if you are someone who does not enjoy large crowds or wait times.

Wait times have become better in Toy Story Land since its opening early this summer. Fast Passes are hard to come by for Slinky Dog Dash but wait times have been staying closer to 50 – 60 minutes on average, with occasional increases to 90 minutes occurring mainly during rope drop. Alien Swirling Saucers almost never sees wait times over 50 minutes and Fast Passes for the attraction can typically be found a few days in advance or sometimes even the same day.

For this reason, you could also argue that this experience may not be entirely necessary, especially if you already have a Disney Dining plan providing you with breakfast. But as mentioned above, it all depends on what kind of experience you want to have during your Walt Disney World vacation.

Early Morning Magic at Toy Story Land takes place on select Mondays and Wednesdays from 7:30am to 8:45am, and breakfast is available until 10:00am. Admission is $79 (plus tax) per adult (ages 10 and older) and $69 (plus tax) per child (ages 3 to 9). Regular theme park admission is also required.

For more information and to book this experience, visit the Walt Disney World Resort website or call the Disney Reservation Center at (407) 827-7350.

Haven’t you ever heard that the early bird gets the worm? This is the case at Disney’s Hollywood Studios with the park’s new Early Morning Magic, which gives guests special early morning access to Toy Story Land before the park is opened to the general public.

This new experience will let guests play big with little to no wait times, character appearances and breakfast!

During Early Morning Magic, guests will be first to take a spin through the galaxy on Alien Swirling Saucers and to bounce around the backyard on Slinky Dog Dash! This event also includes early entrance to Toy Story Mania! as well, letting guests blast moving targets at the beloved midway-style 4D shootin’ game.

In addition to early access to all of these exciting attractions, Early Morning Magic also includes breakfast at ABC Commissary. Here guests will be able to fuel themselves with a buffet and the choice of a main dish. 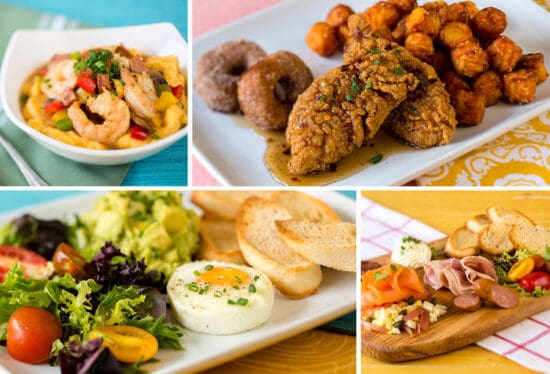 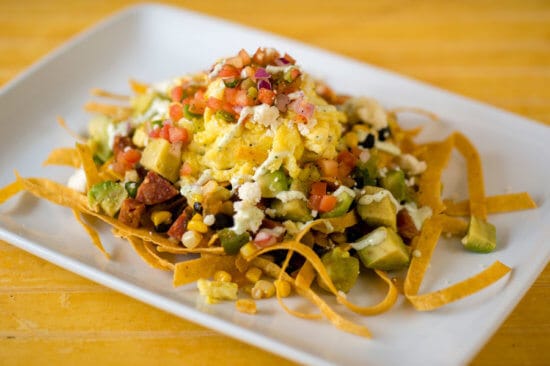 The buffet will also feature yogurt, cereal, fruit, assorted pastries, and more! For the little ones, they can enjoy everything on the buffet as well as a kid’s portion of the Fried Chicken and Cinnamon Sugar French Donut or Scrambled Eggs, and both come with Sweet Potato barrels.

Early Morning Magic at Toy Story Land takes place on select Mondays and Wednesdays from 7:30am to 8:45am, and breakfast is available until 10:00am. Admission is $79 (plus tax) per adult (ages 10 and older) and $69 (plus tax) per child (ages 3 to 9). Regular theme park admission is also required.

For more information and to book this experience, visit the Walt Disney World Resort website or call the Disney Reservation Center at (407) 827-7350.