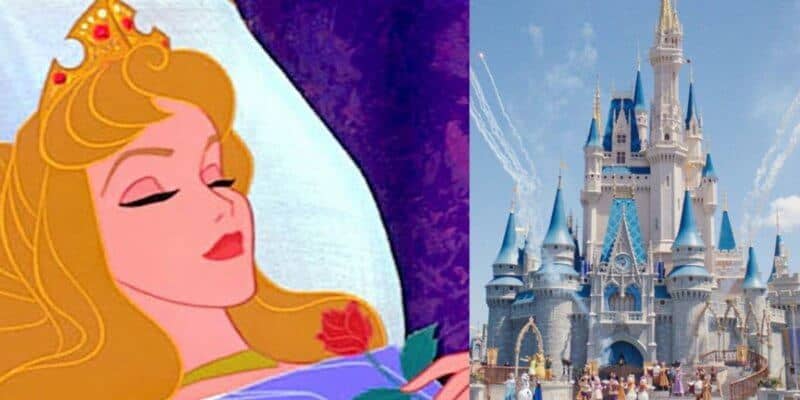 Walt Disney World is the most magical place on Earth. It’s one of the top vacation destinations for friends and families from all around the world. But, one of the most common things I hear while walking throughout the parks is, “Boy, do I need a nap” or “I’m going to need a vacation after this vacation.”

There is so much to see and do throughout the Disney Parks and as we all know, there is a lot of walking around. You are constantly moving from ride to ride or from the Disney resort to the next theme park destination. It definitely takes a toll on your body and I can bet that come 3:00PM, your body is begging you to cool down and get some sleep.

Kids aren’t the only ones who need a power nap mid day, so that’s why I made a list of the top places at Walt Disney World for both you and your kids to sneak in a quick power nap and get some sleep during your day at the parks.

The Hall of Presidents

If you’re spending the day in Magic Kingdom and your body is begging for a Disney nap break, then head over to Liberty Square and go into The Hall of Presidents. Put your politics aside and go “watch” this 25-minute show which teaches kids and adults about the formation of the U.S. Constitution as well as the presidents from start to finish. Yes, this sounds boring and that is exactly why it’s the perfect Disney nap spot and get some sleep. (And to top it all off, it’s air conditioned!)

Way in the back of Tomorrowland in Magic Kingdom lies “a great big beautiful tomorrow, shining at the end of every day.” The Carousel of Progress was Walt Disney’s dream, and although it is a classic attraction (personally, one of my favorites), once you’re sitting down in a chair, surrounded by air conditioning, it’s hard not relax and shut those eyes and fall asleep. This spot is the perfect place to take a break from walking around and fall asleep.

The TTA is my all time favorite ride. It’s a sit back and relax kind of ride, which we all need (even your kids) after walking around the theme parks all day long. And to top it all off, it’s great for people watching! Ride through Tomorrowland at Magic Kingdom and get a behind-the-scenes view of Space Mountain and Buzz Lightyear’s Space Ranger Spin. This ride lasts a decent amount of time, and the second you enter the backstage portion of Space Mountain, it’s lights out.

Even if you aren’t staying at the Animal Kingdom Lodge, you can still resort hop and check out the beautiful lobby inside this Disney resort. It’s dimly lit, air conditioned, and filled with comfy couches and cushions while being surrounded by the quiet ambience of the savannah. If this doesn’t sound like the perfect spot for a Disney nap, then I don’t know what does.

Another Walt Disney World resort that is the perfect spot for a quick power nap is the Wilderness Lodge in the Magic Kingdom resort area. This air-conditioned lobby gives off the feel of the great outdoors, with a ton of couches and a beautifully lit fireplace, it’ll make you want to sit back, relax, and cozy up for a Disney nap before heading back out to the parks. The second you sit down in one of those couches, I promise it won’t be long before you fall asleep.

If you are spending the day in Epcot and are looking for a power nap, then head to Future World towards the front of the park and hop on Spaceship Earth. This slow moving classic attraction takes riders back in time to the start of humanity — a time when early man painted on cave walls. Disney guests can watch new ideas come to life and see how time has changed and evolved over time. (Or guests can sit back, relax, and close their eyes for a quick Disney nap).

Also located in Epcot is the Bikutsu-kan Gallery. Way in the back of World Showcase, located in the Japan pavilion, is this air-conditioned exhibit dedicated to Japanese artwork and cultural artifacts. There are plenty of benches where you can sit down, close your eyes, and take a quick power nap before heading back out into the heat.

I absolutely love this attraction as it gives a look at Walt Disney’s life from start to finish. It is one of the quieter spots at Hollywood Studios, and once again, it’s air conditioned! Walk through this museum which features memorabilia and fun Disney facts. Once you hit the end there is a theater that shows a 15-minute film about Walt. Though this film is quite interesting, if your body is that exhausted, it won’t be long before you fall asleep.
One thing to keep in mind though is that this theater also shows previews for upcoming movies, so it can get pretty loud depending on what’s showing when you visit.

Since this is a quick service restaurant, it can sometimes get a bit loud inside, but if you are walking around Animal Kingdom and need to take a break from the heat, then I highly recommend Restaurantosaurus. This air-conditioned quick service has a ton of seating (and great food choices). Grab a quick bite to eat and then shut those eyes and take a quick power nap before heading back out to the next adventure.

There are also tables and chairs outside in the shade, which tends to be a bit quieter than inside.

These are only a select few of the various air conditioned spots located throughout WDW property that are perfect for a quick power nap. Kids aren’t the only ones who need Disney naps — adults need them too!