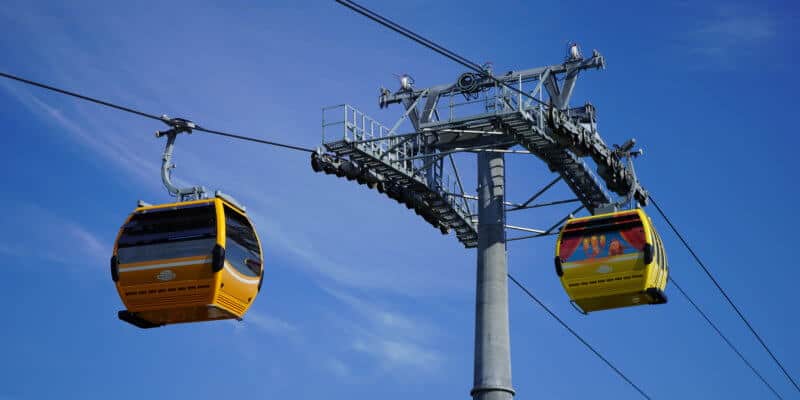 Disney is now testing the Disney Skyliner following last Saturday’s incident involving the cable propelled transportation system, which left guests suspended in mid-air for over three hours. With the gondolas now smoothly moving through the air again, it begs the question: Will the Disney Skyliner be re-opening soon?

According to WESH 2 News, the Gondolas were spotted moving through the air over Walt Disney World on Tuesday without guests inside of them. Disney told WESH, the gondola system is being tested until it is deemed suitable for guests.

Earlier this week, guests had reported seeing the cable cars moving around the resort following the incident on Saturday night, which required the evacuation of one of the suspended vehicles and the transportation of three guests to the hospital.

The company has not commented exactly what happened to cause the system to get stuck Saturday evening. However, since the incident Disney has stated that the cause of the system to stop was not on account of a power failure.

The mode of transportation officially opened Sunday, September 29, when guests first took to the skies on the high-flying adventure that provides scenic and stunning views of Walt Disney World.