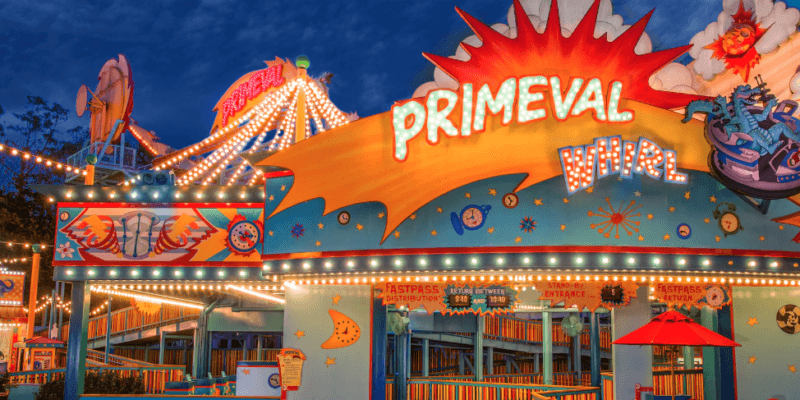 According to the official Walt Disney World website, the Animal Kingdom attraction, Primeval Whirl, will open to Disney guests on select dates in March.

The attraction will open up to guests on March 21, 22, 23, 28 & 29 from 9am-9pm. As of right now, it looks as though those are the only dates Disney will reopen Primeval Whirl as for the month of April, there are currently no operating hours.

Keep your eyes on the official Walt Disney World website though as Disney may decide to operate this attraction on select dates in April as well — To try and reduce wait times for other attractions during the busy season.

An attraction at Disney’s Animal Kingdom has been shut down for months. Here’s everything we know.

Ever since Pandora’s opening at Disney’s Animal Kingdom, the demand has been through the roof. Even after the highly anticipated Star Wars Galaxy’s Edge opened up at Hollywood Studios, and after Pandora being open for over two years, the wait times for Pandora’s Flight of Passage and Na’vi River Journey have been insane. Offsite guests who have to wait until 30 days prior to their trip are still having trouble booking FastPasses, often finding absolutely no times available.

Disney’s Animal Kingdom also debuted a new nighttime show in 2017, which was designed to draw people to the opposite end of the park and away from Pandora, but unfortunately the show isn’t as highly anticipated as Disney had hoped and Pandora is still drawing the most attention.

Disney is still trying to find ways to address this crowd flow issue that Animal Kingdom has been experiencing, and it’s now looking like the only option left is to build new attractions. It may come as a shock, but currently Animal Kingdom is only home to nine rides.

It has been rumored in the past that Disney may be plotting a third attraction within Pandora, but this will likely wait until after the release of “Avatar 2” set to hit theaters in 2021 or “Avatar 3” which comes out in 2023. But adding a new ride to the already overpacked land may not be the best idea to control the crowd flow.

There have also been rumors floating around that Disney is planning to reimagine the Dino-Rama section of DinoLand USA. These rumors are starting to look more and more possible as one of the most popular rides in DinoLand USA has been shut down since June 17.

Primeval Whirl, the popular spinning dinosaur-themed coaster ride, has remained closed throughout the summer, and it is unclear why. It is also unclear as to when (or if) it will reopen. But with Primeval Whirl being closed for months, Animal Kingdom is now home to only eight attractions.

DinoLand USA is also home to the only area within the theme park aimed directly at young kids. Children can play on a multi-level playground or hit the fair with the multiple carnival games available.

There have been some rumors floating around that a “Zootopia” themed attraction would be coming to Animal Kingdom. There is currently a Zootopia themed land under construction at Shanghai Disneyland, so it wouldn’t be too far off for the Disney Parks in Florida to make this possible.

We’re not sure Primeval Whirl will reopen, and Disney Parks officials have yet to make a statement regarding the future of this attraction or DinoLand USA as a whole, but we’ll keep you posted when we learn more information.

Are you upset to see Primeval Whirl remain closed for months?