Confirmed, ‘Avatar: The Way of Water’ Bringing Upgrades to Disney’s Animal Kingdom - Inside the Magic 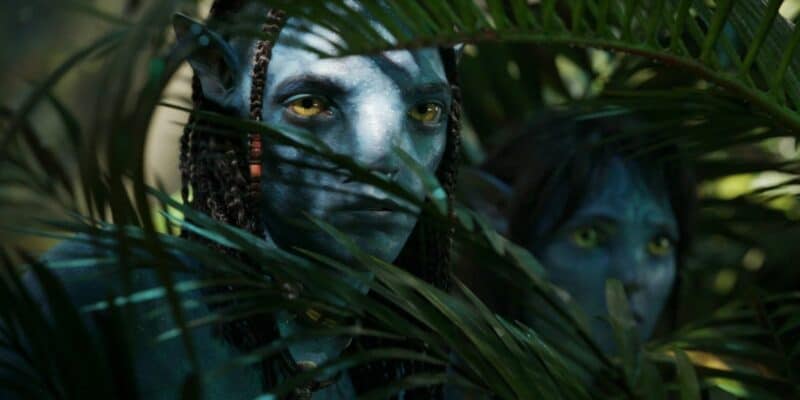 Nearly 13 years after the original Avatar, by Director James Cameron, premiered and created a massive ripple that remains relevant to this day, the film’s long-awaited sequel, Avatar: The Way of Water, will likely have an equally significant impact — despite the film’s Director possibly spoiling the sequel — as its premiere is bringing a series of new products, experiences, and upgrades to Disney’s Animal Kingdom.

The nature-inspired theme park became home to an all-new, highly immersive land inspired by Avatar, Pandora – The World of Avatar, in 2017, welcoming millions of Guests eager to explore the wonders of the fantastic world of Pandora with sights and sounds of the exotic flora and fauna of the planet, two themed attractions, interactive experiences, themed merchandise, and delicious meals and snacks inspired by the exotic tastes and the flavors of Pandora.

Director James Cameron recently commented in an interview that he would like to bring motifs from Avatar: The Way of Water and the third installment of the franchise to Avatar Flight of Passage, which could mean a significant upgrade to the attraction, keeping its storyline fresh and possibly addressing some of the problems it has recently presented. Unfortunately, these upgrades remain purely speculative, as Disney officials have not released any information regarding such a project.

Per Disney Parks Blog, this unique experience will take place for a limited time at the Orlando theme park beginning December 12. “The Tree of Life will awaken in the evenings with an all-new experience inspired by Pandora – The World of Avatar and the film, ‘Avatar: The Way of Water.’” This brand-new story was produced by Lightstorm Entertainment in collaboration with Disney Live Entertainment, illuminating the Tree of Life with the magic of nature.

This new experience, along with new delicious food, beverages, and merchandise offerings, are arriving at Walt Disney World Resort to celebrate the premiere of Avatar: The Way of Water.

Inside the Magic prepared a guide with all you need to know about Avatar: The Way of Water. You can click here to read it.

Are you excited about the premiere of Avatar: The Way of Water? Will you visit Walt Disney World Resort to enjoy the new experiences arriving at the Park celebrating the film? Let us know in the comments below!

Comments Off on Confirmed, ‘Avatar: The Way of Water’ Bringing Upgrades to Disney’s Animal Kingdom