Bob Iger Could Be Changing Disney's 'Avatar' Attraction - Inside the Magic 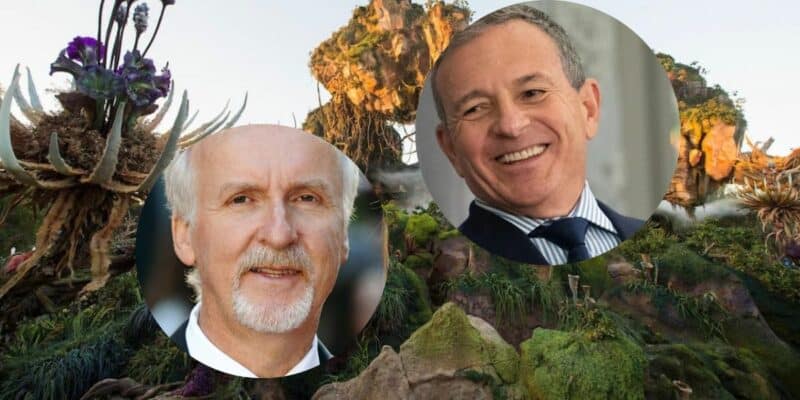 Walt Disney World is full of exciting rides, attractions, and experiences and with rides such as Guardians of the Galaxy: Cosmic Rewind at EPCOT and the upcoming TRON roller coaster at the Magic Kingdom, things are only getting better.

But one of the most popular attractions at the Walt Disney World Resort has to be Flight of Passage. Located in Pandora in Animal Kingdom, this attraction blends mechanics from other attractions such as Soarin’ and Star Tours.

It first opened in 2017 to staggering wait times of 4+ hours, and still, years later, we can expect that during busy times of the year, wait times will climb to those large waits once again. Typically, the ride had around a two-hour wait, which is still pretty long for many!

The attraction is a flight simulator that allows us, Guests of Animal Kingdom, to hop on the back of a banshee by linking to someone who is Na’vi. Through this, we are able to deeply explore Pandora, the world of Avatar, through sights, scents, and movement. We recently reported on some Guests complaining about the state of the attraction, and now, those worries continue to grow.

The entire world of Pandora at Disney’s Animal Kingdom is incredible and something you definitely will not want to miss. And with a brand new entry in the Avatar franchise releasing in just a week, we are sure the land is about to have a lot more fans. However, with a new film on the horizon, many may be wondering if there’s something new in the works for the land.

Avatar: The Way of the Water is releasing to theaters on December 16, 2022, a full 13 years after the original film broke box office records. With the release of a third and even fourth film incredibly likely, it’s not too crazy to expect something new at Walt Disney World.

In a recent interview with Variety, director James Cameron was asked about the land in the Orlando, Florida, theme park and what the future may hold for it in terms of the Avatar franchise.

“When Bob Iger came back a couple weeks ago, I did send him an email and say, ‘You know, we can do “Avatar 2” and 3 motifs and put them into the physical hardware of “Avatar Flight of Passage.” said Cameron. “He liked that idea. So nothing has been decided. But, you know, we would like to carry that along and update it from time to time with things that flow back out of the new movies. Because I think there’s a good synergy between the physical base where you can go and just kind of meditate and be on Pandora and how the movies progress the story and bring in new imagery.”

While nothing has been confirmed, it would not be surprising to us in the least for Disney to update FLigth of Passage or Na’vi River Journey so that the stories in the new films lineup to the world of Pandora at Animal Kingdom.

Flight of Passage would not necessarily be too difficult to change at all, considering the ride is a motion simulator.

Would you like to see new experiences at Pandora – The World of Avatar at Disney’s Animal Kingdom?