Iconic Director Does a Tom Holland, Spoils Long-Awaited Story Weeks Before Release - Inside the Magic 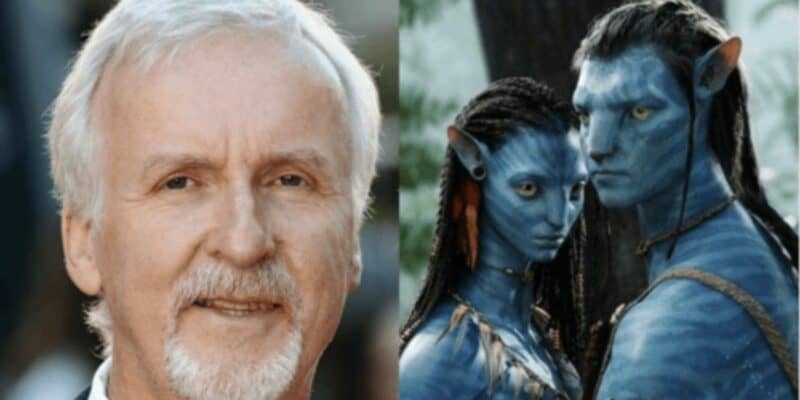 What is it with cast or crew members spoiling Disney movies and television shows? If it isn’t Ming-Na Wen tweeting about upcoming Star Wars shows, it’s Tom Holland spoiling, well, pretty much everything involving Spider-Man in the Marvel Cinematic Universe!

And now, with Avatar: The Way of Water (2022) just 10 days away, it seems that director James Cameron is just as excited as the rest of us, as he recently spoiled a pretty major character revelation for the upcoming sequel!

In an Avatar: The Way of Water press conference on December 6, which featured all the main actors from the film along with producer Jon Landau and director James Cameron, Sigourney Weaver and Stephen Lang — whose characters were both killed off in Avatar (2009) — were asked what it was like to be brought back into the Avatar family.

Lang, who plays Colonel Quaritch in Avatar (2009) and will be reprising his role as the character in the upcoming sequel but this time in Na’vi form, responded by saying that he “felt very responsible” and that he wanted to “fulfil the expectations of the role”:

“I felt very responsible that I had better get this right, you know? Because for all intents and purposes, I thought I might be gone, but I just wanted to do the best I could to fulfil the expectations of the role I thought of the of the big bad [Quaritch].”

Related: The Final Trailer For ‘Avatar: The Way of Water’ Is Absolutely Mind-Blowing

Praising the actor, James Cameron interjected by saying that Stephen was “being humble”, before going on to say, “When you see the film [Avatar: The Way of Water], you see how critical and how complex his [Stephen Lang’s] character is.”

However, in praising the actor’s performance and explaining how, as a fellow screenwriter, Lang brought some of his own ideas to the table, Cameron ended up revealing a spoiler!

“I just want to shout it out that Stephen’s also screenwriter,” Cameron added, “Very accomplished, and he actually brought ideas that I was able to incorporate in the writing phase. We have a kind of a shorthand that way, like when he finds his own remains in the forest — that was actually Stephen’s suggestion.”

Jon Landau was quick to say, “Spoiler alert, spoiler alert!”, to which Cameron jokingly replied, “It’s in act one, come on! It’s in the trailer!”

Luckily, Cameron is right — a brand-new Avatar: The Way of Water featurette has just been released, which does appear to tease the scene, as we see Na’vi-Quaritch crushing a human skull in his hands, which we can now assume belongs to the remains of his previous human body.

Check out the brand-new featurette for Avatar: The Way of Water titled Return to Pandora:

During the interview, Lang went into more detail about what it was like to bring his character to life as a Na’vi in the sequel.

“It was very exciting to come back, and I was just so honored to deepen and expand on the vision Jim [James Cameron] had for this character,” he said. “In the first film, essentially, he [Quaritch] moves through like a mindless shark. In this iteration of him, first of all, there’s the absolute magnificent irony that Jim has written, that he’s coming back as the very thing he’s been trying to destroy. And having to make the adjustment to that, to adapt to that, it was a total pleasure for me to continue to massage this character and find the depth and maybe some of the humanity.”

Lang then jokingly added, “He’s such a warm character and beloved by so many!”

Are you excited to see Stephen Lang play a Na’vi in Avatar: The Way of Water? Let us know in the comments down below!

Comments Off on Iconic Director Does a Tom Holland, Spoils Long-Awaited Story Weeks Before Release