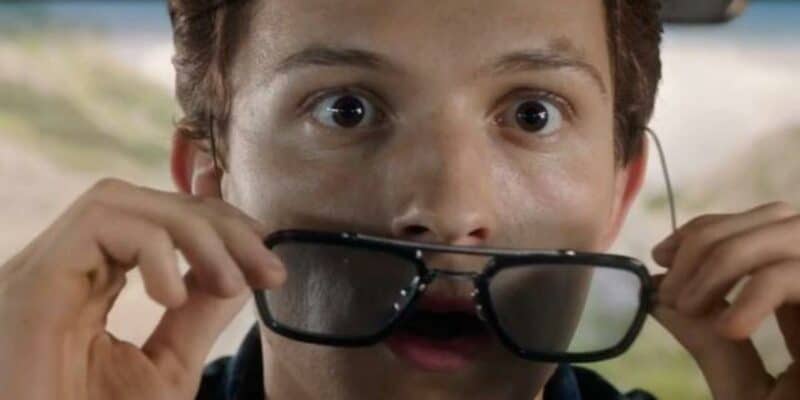 Spider-Man: No Way Home (2021) is the most anticipated Marvel movie in history, and every Marvel fan can’t wait to watch the Multiverse adventure this month. Ahead of its release, Spider-Man star Tom Holland accidentally spoiled a crucial moment in the film.

Oh boy, Tom Holland is at it again. While the Marvel star is taking in the sights and sounds of No Way Home‘s press tour, he and Zendaya sat down with The Graham Norton Show while in the U.K. to promote the upcoming film.

In a spill of information, Holland let the opening of Spider-Man: No Way Home slip:

Related: ‘How I Met Your Mother’ Star Officially Rejoins the MCU

While the third act of No Way Home remains a secret (for the most part), Tom Holland made it clear that the Phase Four movie picks up exactly where Spider-Man: Far From Home (2019) ended.

In the last moment of the Spider-Man sequel, Peter Parker’s true identity was revealed to the world by villain Quentin Beck/Mysterio (Jake Gyllenhaal).

Picking up with the stunning cliffhanger, fans will have the opportunity to see how Parker (Tom Holland), his friends, family, and the rest of Marvel’s New York (including J. Jonah Jamerson).

Spoilers are bound to appear on social media, but when Tom Holland lets a bit of any Marvel movie slip, it’s always a crazy day in the Marvel community.

This time, thankfully, Holland didn’t spoil anything too big.

Previous “Spider-Men” Tobey Maguire and Andrew Garfield are set to appear in No Way Home. Seeing the two characters join the Marvel Cinematic Universe on the big screen will have a more significant impact on the Marvel Universe than Captain America: Civil War (2016), Avengers: Infinity War (2018), and Avengers: Endgame (2019).

Are you excited for Spider-Man: No Way Home? Let us know in the comments below!