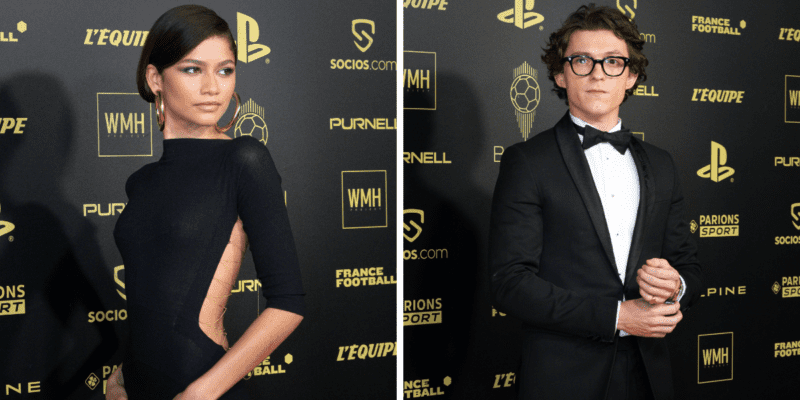 It’s THE hot cinema ticket this festive season, with Spider-Man: No Way Home (2021) crashing most major cinema sites when tickets were dropped this week.

Now, the press tour has officially begun for the Marvel movie, with stars Tom Holland and Zendaya appearing in an unexpected place for the start of the tour.

Ever since Tom Holland and Zendaya — Peter Parker/Spider-Man and MJ, respectively, in the Marvel Cinematic Universe — were confirmed to be a couple, Marvel fans have enjoyed learning snippets about their romance.

Lately, Holland has been sharing a number of social media posts about his actress girlfriend, including one from the premiere of her new movie Dune (2021).

The official trailer for Jon Watts’ No Way Home broke the internet this month, and seems to be the most anticipated movie in the Marvel Cinematic Universe since Avengers: Endgame (2019),

The third installment of Tom Holland’s Spider-Man movie saga, No Way Home looks to be a dramatic and franchise-changing addition to the MCU timeline, and titular star Tom Holland has – as usual – almost spoiled the movie a few times.

Marvel fans have already seen the official trailer, a chaotic ticket release, newly released posters, and numerous interviews from the cast of Spider-Man: No Way Home, and with less than three weeks before the film’s theatrical debut on December 17, the press tour has finally begun.

In a surprise appearance, loved-up pair Tom Holland and Zendaya made an appearance at the Ballon d’Or Festival in France last night.

The MCU stars were seen walking the red carpet and greeting fans prior to the start of the event.

The Ballon d’Or Festival is an awards ceremony honoring the top European football players of the year and seems an odd place to start promoting the Marvel Studios movie. The official Twitter page for No Way Home confirmed the start of the film’s promotion:

In a recent interview with Entertainment Tonight, co-star J.B. Smoove, who plays Mr. Dell in the Spider-Man franchise, revealed that he thinks the romantic stars are the “most adorable” pair:

“I love those two. I love them so much. [They are] the most adorable couple ever in the history of adorableness. I told them to have time for love but have time for laughter. Laughter. Smiles. Stress-free lifestyle, you know. Find out about each other and find some way to keep watering that seed and keep growing and growing.”

It was reported this week that Tom Holland will be getting a new Spider-Man trilogy under Marvel and Sony, with producer Amy Pascal confirming to Fandango:

You can watch them arrive at the Ballon D’Or Ceremony in Paris below:

Did you manage to get tickets for Spider-Man: No Way Home‘s opening weekend? Let us know!