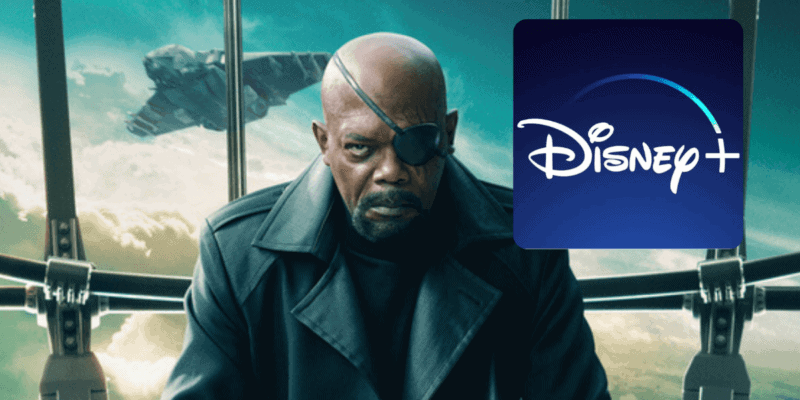 A new rumor suggests the Disney+ series based on Marvel character Nick Fury could begin production in 2021!

We previously reported that Nick Fury was getting his own dedicated Disney+ series in the future, and we are glad to hear production could be starting soon.

Marvel Studios have two new series that are heading to Disney+ in the (hopefully) near future. Both WandaVision and The Falcon and the Winter Soldier are highly anticipated series for Disney+ but have both been delayed due to the coronavirus pandemic. While these delays have happened all over Marvel Studios it is encouraging to hear that new series could begin filming soon.

Related: What’s Going on With ‘WandaVision’?

After Jackson voiced frustration in a dwindling role in the MCU, the actor sat down with Marvel Studios head Kevin Feige and discussed an expanded role. That chat led to an appearance in Captain Marvel, and is something that likely helped push a Fury-centric series into development.

“Sam was very funny in this roundtable we did talking about how he’d disappeared for a while,” Feige said last summer. “He shows up in Avengers: Age of Ultron, and then he’s not in Captain America: Civil War and hadn’t been in a number of the movies for a while. I remember meeting with him two years ago and saying, ‘I know it’s been a while, Sam. Here is our plan. 2019 is going to be the year of Fury.’ And we walked him through young, two-eyed Fury in Captain Marvel, the one poignant shot of him in Endgame and seeing him in [Spider-Man]. And it’s fun now to see the year of Fury complete.”

According to industry insider Charles Murphy, there is a “project FURY” is on Marvel’s books to film for 2021 after filming ends for She-Hulk.

Again, this is truly rumor and speculation so make of it whatever you wish. However, as total Marvel fans, of course, we will keep our fingers crossed for more Marvel content on Disney+!

What do you think? Could Marvel be developing a Nick Fury series for Disney+? Let us know in the comments below!