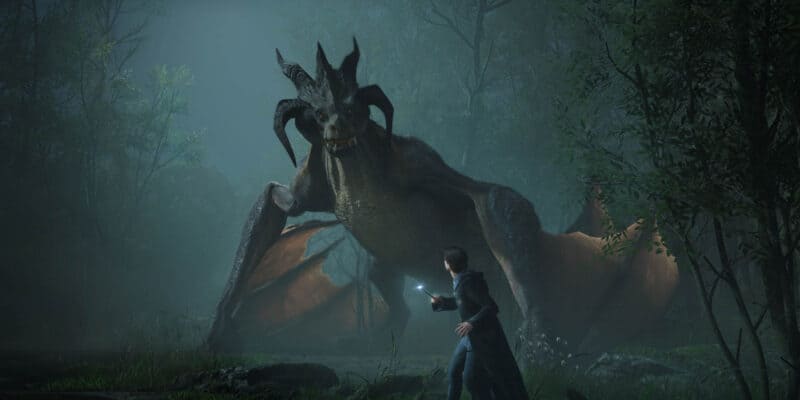 It’s a great time to be a fan of Harry Potter, Star Wars, and Avatar. Not only are there television shows such as Andor (2022) currently streaming, and sequels like Avatar: The Way of Water (2022) heading for theaters, you can also explore the themed lands at Universal Studios and Disney Parks.

And soon, you’ll also be able to explore the Wizarding World, Pandora, and the faraway galaxy in another medium entirely — in the world of gaming. Harry Potter, Star Wars, and Avatar are each getting their own open-world video games, with two titles just months from release.

Hogwarts Legacy (2023) will be hitting shelves in February 2023, while Avatar: Frontiers of Pandora (TBA) is yet to receive an official release date, though it’s expected to arrive some time next year. As for The Star Wars Project (TBA), this is likely a few years away, but it’s definitely happening.

So, for the time being, we’ve decided to work out which of these three epic titles will be the biggest in size. While of course the faraway galaxy is the biggest of all three fictitious universes, seeing as we know very little about the Star Wars game, for all we know, it could wind up being the smallest.

Now, let’s take a look at what we know about each title.

Hogwarts Legacy will take “players beyond Hogwarts to new and familiar locations including the Forbidden Forest and Hogsmeade Village“, as confirmed on the official website’s Frequently Asked Questions page.

So you’ll not only get the chance to explore the School of Witchcraft and Wizardry and its grounds, but also places like the Forbidden Forest and beyond. Let’s take a look at the official trailer and the accompanying website to see what locations have been confirmed.

Check out the trailer for Hogwarts Legacy below:

While some locations in the trailer aren’t clear, others are quite obvious, from Hogwarts to the Forbidden Forest, and Hogsmeade Village to Diagon Alley. And let’s not forget that, while the game doesn’t have Quidditch, you’ll still be able to use your broomstick to explore your environment.

A portion of the game’s map was teased earlier this year at one of PlayStation’s State of Play events. The image appears to show vast areas of the Scottish countryside, with varied terrain that includes rivers, lakes, forests, and open land, with buildings scattered throughout.

As per the official website, here’s the synopsis for Hogwarts Legacy:

Avatar: Frontiers of Pandora takes place on the exoplanetary moon of Pandora, as seen in Avatar (2009). But whether or not the game will venture beyond this world remains to be seen, and all we currently have to go by are the official trailer and the synopsis.

Nevertheless, it’s reassuring to know that director James Cameron is somewhat involved in the game. While he recently admitted that he’s letting the experts do what they do best, he is providing assistance to ensure that they follow the canon and lore established in the movies.

Check out the trailer for Avatar: Frontiers of Pandora below:

The game takes place in a region known as the Western Frontier, which isn’t seen in the film Avatar. Exactly how big this area will be is unknown, but during the Snowdrop Tech Showcase, Technical Art Director Sebastian Lindoff described it as “majestic in scale” and “rich in detail”.

He also goes on to say, “We have created a Pandora that you can experience from the deep, dense jungles on the ground to the grand vistas up in the skies”. Yes, Avatar: Frontiers of Pandora allows players to explore the skies on their very own Ikran, also known as banshees.

As per the official website, here’s the synopsis for Avatar: Frontiers of Pandora:

While there are trailers, plot details, behind-the-scenes footage, and all sorts of information for Hogwarts Legacy and Avatar: Frontiers of Pandora, unfortunately there is virtually no information about what Ubisoft has temporarily dubbed The Star Wars Project.

The Ubisoft website describes the game as “A New Star Wars Adventure”, adding that it is “collaborating with Disney and Lucasfilm Games on a new story-driven open-world video game set in the Star Wars galaxy”.

There’s also a brief synopsis for the game:

Headed by Massive Entertainment, the project gathers some of the most experienced talents in the video games industry and will make the most of Massive’s innovative spirit and cutting-edge technologies, including the Snowdrop engine, to deliver a groundbreaking Star Wars adventure.

So your guess is as good as ours as to what worlds this game will feature. Presumably, there will at least be a handful of planets from the faraway galaxy players will be able to explore, whether they’re well known, such as Tatooine and Coruscant, or ones created exclusively for the game.

Ultimately, which planets the game will feature will probably depend on the story, but it’s also more than reasonable to expect interplanetary travel. Taking all this into account, The Star Wars Project should be the biggest game of all three, but we’ll just have to wait and see.

It’s difficult to determine which of these three titles will have the biggest free-roam environments. But if we were betting people, we’d have to go with our gut and say Hogwarts Legacy, largely because, in true Wizarding World fashion, there will probably be many “secret” locations to explore in addition to all the main areas.

But with that said, here’s to hoping that the open-world Star Wars game will do exactly what it says on the tin. After all, the faraway galaxy is a pretty big place!

Hogwarts Legacy will be released on Microsoft Windows, PlayStation 4, PlayStation 5, Xbox One, and Xbox Series X/S on February 10, 2023. The Nintendo Switch version release date, however, “will be revealed soon” according to Portkey Games.

Avatar: Frontiers of Pandora will be released on PlayStation 5, Windows for PC, Xbox Series X/S, and Google Stadia some time during 2023. There is currently no release date for the Star Wars game.

Which of these three open-world games are you most looking forward to and why? Let us know in the comments down below!

Comments Off on Which Open-World Game Will Be the Biggest — ‘Harry Potter’, ‘Avatar’, or ‘Star Wars’?