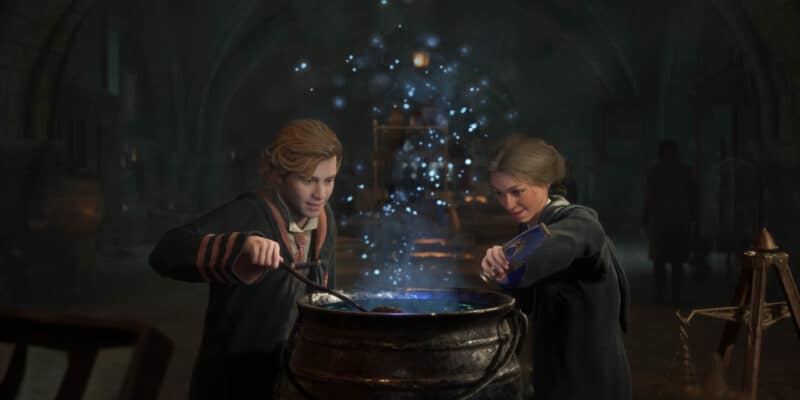 Hogwarts Legacy (2022) has been picking up lots of attention in recent weeks. The announcement for the new release date was followed by other news, from players already being able to interact with the game, to many Harry Potter fans threatening to boycott it.

It was also recently confirmed, to the disappointment of countless Harry Potter fans, that the open-world Harry Potter game will not feature Quidditch. However, that’s about as far as the bad news goes, because there’s a lot to be excited about for Hogwarts Legacy.

In fact, the game already seems to be ticking several boxes in terms of things fans have come to expect, whether it’s the fact that players will be able to tame Fantastic Beasts, explore Hogwarts and the Wizarding World beyond, or perform and master an extensive array of spells.

Now, as revealed at this month’s State of Play event — which showcases all the latest Sony updates, announcements, and new trailers — players will be able to undertake missions that will find them in dark, dangerous, and very familiar Wizarding World locations.

One of those locations is Hogsmeade, the quaint and quirky village you’ll no doubt remember from the Harry Potter books and movies. A sneak-peek of a “haunted” Hogsmeade shop was revealed at the PlayStation event, which comes with a mysterious quest.

A character known as Cassandra Mason is very eager to sell you this shop, and there’s obviously a reason why. But players will have to find out for themselves by venturing deep beneath the shop and uncovering dark and terrifying secrets.

There are already a few Hogwarts Legacy trailers online, from the main trailer to “Sebastian Sallow’s Dark Legacy”, but now you can check out the “Haunted Hogsmeade Shop” trailer:

However, the “Hogsmeade quest” will only be available to those playing Hogwarts Legacy on PlayStation 4 or PlayStation 5, whether it’s the Collector’s Edition, Deluxe and Digital Deluxe Edition, or the Standard Edition, all of which are available for pre-order.

Hogwarts Legacy is one of many upcoming open-world titles based on major blockbuster franchises. Avatar: Frontiers of Pandora (TBA) is due out some time next year (or possibly 2024), and there’s even an open-world Star Wars video game in the works.

What are you most looking forward to about Hogwarts Legacy? Let us know in the comments down below!