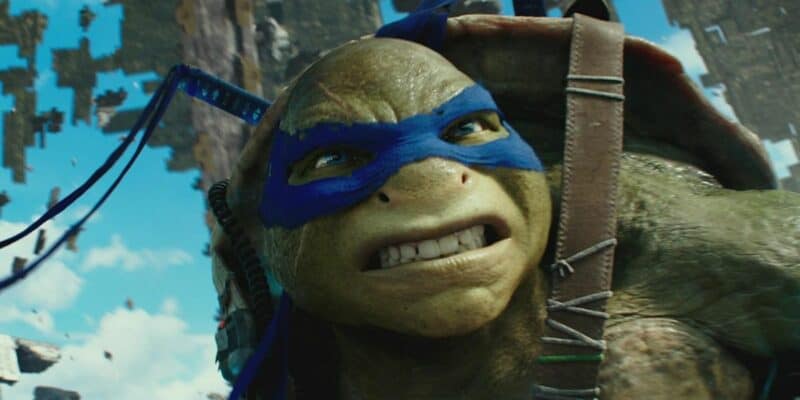 There’s a lot happening in the world of Teenage Mutant Ninja Turtles lately. While nothing is ever going to rival “Turtlemania” — the period during the early ’90s in which the pizza-munching reptiles became a global pop culture phenomenon — it’s still a great time to be a TMNT fan.

Recently, a fan-made movie found its way onto YouTube, which is based on the popular five-issue IDW comic book series “Teenage Mutant Ninja Turtles: The Last Ronin” (2020). As such, fans are hoping this will inspire Paramount to finally get round to an R-rated TMNT movie.

As for movies that are officially in the works, Seth Rogen‘s animated reboot was recently given both an official title and release date — Teenage Mutant Ninja Turtles: Mutant Mayhem (2023) will be hitting theaters on August 4 next year. It will be the second theatrical CG animated movie in the franchise, with TMNT (2007) being the first.

And earlier this year, Paramount Pictures also confirmed that there are a number of other TMNT movies in the works, each of which will focus on an iconic villain (Shredder, Krang, Bebop, and Rocksteady, no doubt). These films will be heading straight to Paramount+ in 2023.

There is also another live-action TMNT movie in the works. It is being written by SNL writers Colin and Casey Jost, and produced by Michael Bay, who also served as producer on the last two movies in the series (though the new film is not expected to be a sequel).

Teenage Mutant Ninja Turtles: The Cowabunga Collection (2022), which is a compilation of all the arcade-style video games in the franchise, is also available for purchase. And now, it looks like the Ninja Turtles are set to return to major consoles next year, according to a new report.

Fanbyte has reported that “Toy World” magazine — a leading UK toy trade publication — has hinted towards a brand-new “Triple-A” video game that will feature the beloved Teenage Mutant Ninja Turtles.

The magazine mentions that Paramount plans to discuss the game — which is reportedly due out some time next year — at the upcoming “Brand Licensing London” convention, which will take place later this month at London ExCel.

Here’s the paragraph in question from this month’s issue of the magazine:

Teenage Mutant Ninja Turtles are back with a new look and a new movie. Paramount will be launching an extensive new range of action figures and plans to expand further at the back end of the year. Collectors are being served by nostalgic gaming releases including an already launched new retro themed game: Shredder’s Revenge. Paramount is also planning a remaster of Konami’s The Cowabunga Collection at the end of the year and will launch a brand-new original Triple-A game in 2023.

In the video-game industry, AAA is an informal classification used to categorise games produced and distributed by a mid-sized or major publisher, which typically have higher development and marketing budgets than other tiers of games

There are already several open-world Spider-Man titles set in the Big Apple, though, as well as certain entries in the Grand Theft Auto franchise. Needless to say, taking control of Leonardo, Michelangelo, Raphael, and Donatello (perhaps even Splinter, Casey Jones, and April O’Neil too) in an open-world Manhattan setting would be a dream come true for fans.

Open-world video games are becoming increasingly more popular, with some huge titles on the way such as Hogwarts Legacy (2023), Avatar: Frontiers of Pandora (2023), and an untitled Star Wars video game (TBA). A Teenage Mutant Ninja Turtles game along these lines makes too much sense to ignore.

Nothing even remotely concrete has been confirmed as yet, though, so it’s best to take this news with a pinch of salt. Nevertheless, looking at the success the Teenage Mutant Ninja Turtles franchise is currently enjoying, it wouldn’t surprise us if a big-budget video game is in the works.

For now, we’ll just have to wait and see if next year brings even more “Turtle Power” to gaming consoles.

Would you play an open-world Teenage Mutant Ninja Turtles video game? Let us know in the comments down below!