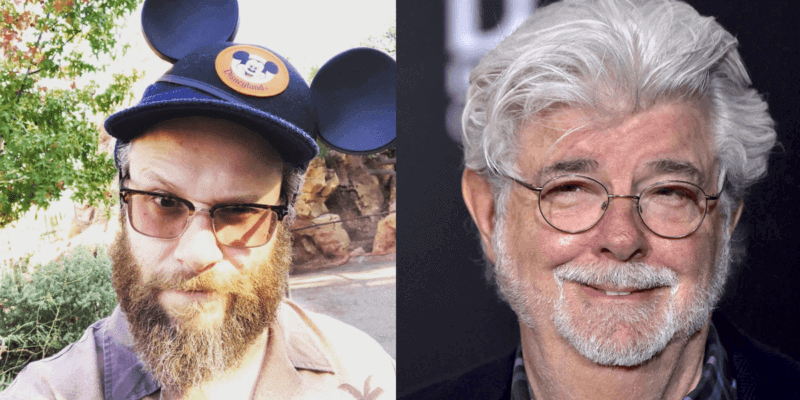 In a new interview, actor Seth Rogen is doubling down on his assertion that Star Wars creator George Lucas very seriously believed the world would end in 2012. Lucas has called Rogen’s story apocryphal, dismissing it as a joke. In Rogen’s recent recounting of the story, however, the Pineapple Express actor says George Lucas tipped his hand at how he truly felt about the apocalypse.

Comedic actor and Hollywood super-producer Seth Rogen, known for his hit comedies like Superbad (2007) and Neighbors (2014), recently discussed a wild story that involved Star Wars mastermind George Lucas crashing Rogen’s meeting with legendary film director Steven Spielberg and going on at length about his belief that the world would come to an end in the year 2012. Originally describing the encounter in a 2011 interview, Rogen said,

“George Lucas sits down and seriously proceeds to talk for around 25 minutes about how he thinks the world is gonna end in the year 2012, for real. He thinks it. He’s going on about the tectonic plates and all the time Spielberg is rolling his eyes, like, ‘My nerdy friend won’t shut up, I’m sorry.’”

Rogen’s producing partner, Evan Goldberg asked George Lucas directly if he truly believed that the world would end in armageddon in 2012, so the story goes. Reportedly, the Lucasfilm founder responded:

“I know it’s gonna happen…it’s science. And I know science.”

Star Wars fans would undoubtedly agree that George Lucas has an incredibly creative mind, gifting the world with Star Wars, one of the most broadly popular film and TV franchises in the history of media. Given that, one has to wonder if reputed belief in the 2012 apocalypse was really George Lucas attempting to pull some kind of Jedi mind trick on Rogen. Lucas has claimed that he was joking, but Seth Rogen, appearing on a recent episode of Conan O’Brien’s podcast, Conan O’Brien Needs A Friend, explains why he still believes to this day that George Lucas was being utterly sincere. Rogen claims he received a vexing response when he joked about an apocalypse exit strategy, asking for a seat on Lucas’s spaceship, saying,

“We made a joke like, if you’ve got a spaceship to escape Earth, can we get a seat on that thing?” Rogen said. “And he was like, ‘No.’ It makes me think he wasn’t joking because, if you were joking, you would just say ‘Yes’… But, no, he said, ‘No.’ To this day, I am confounded and plagued by that story.”

Seth Rogen has included this puzzling encounter with George Lucas in his new book, a collection of essays entitled Yearbook. Speaking to GQ, Rogen noted that George Lucas will probably “not be happy” with the newly released book.

Comedian Seth Rogen has also been making headlines recently for revealing that he has no plans to work with frequent collaborator James Franco in the future, following abuse allegations brought against his This Is The End co-star. Seth Rogen is no stranger to the Disney family, having famously appeared in Jon Favreau’s reimagining of The Lion King (2019), as Pumba the flatulent, singing warthog.

With Star Wars (1977) George Lucas introduced the world to Luke Skywalker (Mark Hamill), Darth Vader (James Earl Jones), Han Solo (Harrison Ford), Princess Leia (Carrie Fisher), and a host of the galaxy’s coolest spaceships and weaponry — like X-wings and lightsabers. But, the idea of Earth getting the Death Star treatment might be too far, far away from reality.

What do you think of Seth Rogen’s kooky claim about Star Wars creator George Lucas? Let us know in the comments!