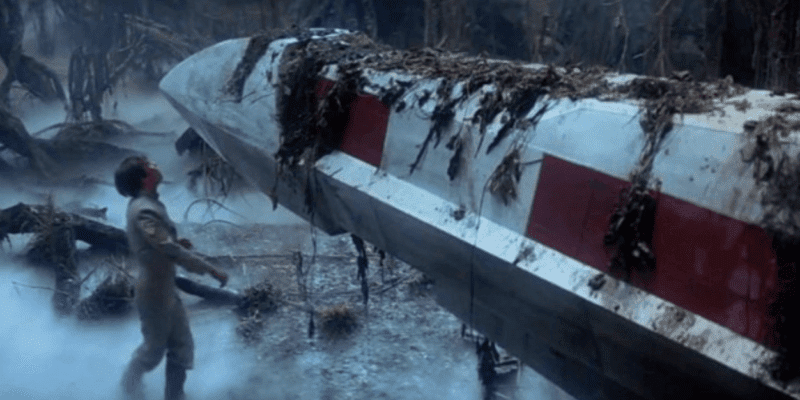 If you’re a Star Wars fan, you’ve probably spent years wishing you could get an up-close and personal look at a Rebel Alliance X-wing starfighter. The Star Wars X-wing is an iconic starship model, flown by the likes of Jedi Knight Luke Skywalker (Mark Hamill) in the original trilogy, Poe Dameron (Oscar Isaac) in the sequel trilogy — and even, briefly, R2-D2.

Soon, a movie-used X-wing will be landing at the Smithsonian Museum in Washington, D.C., giving fans the unique opportunity to see a piece of cinematic history in real life.

“We are thrilled to have an X-Wing on exhibit,” says Margaret Weitekamp, space history chair at the museum. “It is a real screen-used vehicle from the 2019 film Rise of Skywalker. This display speaks to that crossover connection between people who are excited about space flight and have been inspired by the visions Star Wars has been putting out since 1977.”

The massive movie prop, which has a wingspan of 37 feet, is being cleaned and checked closely for any damage that may have occurred while in transit from Industrial Light & Magic, the LucasFilm division that created and built the X-Wing Starfighter. The full-size model was shipped in pieces and is being reassembled so it can be hung by rigging from the ceiling at the National Air and Space Museum building in Washington, D.C., in 2022.

“Star Wars is a lived-in universe,” Weitekamps says. “This is a battle-scarred X-Wing fighter. We want to distinguish between any scratches that occurred during shipping versus something that was built into the vehicle.

The original Star Wars movie, A New Hope, debuted in May 1977 and introduced moviegoers not only to spacecraft like X-wings, but to characters like Skywalker, Princess Leia Organa (Carrie Fisher), and Millennium Falcon pilot Han Solo (Harrison Ford).

The X-wing that will be on display at the Smithsonian beginning next year is from the final Skywalker Saga movie, Star Wars: Episode IX – The Rise of Skywalker (2019).

According to details from the museum:

This model is a more advanced version of the first X-Wing Starfighter that zoomed across the big screen nearly 35 years ago. Apparently, even fictional attack spacecraft have to have technological improvements.

“This is a T-70 X-Wing,” Weitekamp says. “It’s the next generation. The one Luke Skywalker flew in the original trilogy was a T-65B. The big visible difference is the X-foils that split apart. Each had an engine. The T-70 was designed to include one large engine on each wing. When X-attack formation is deployed, the engine splits into two semi-hemispheres.”

X-wings are likely to feature prominently in the next Star Wars feature film, Patty Jenkins’s Star Wars: Rogue Squadron (2023). Although we don’t know where in the Star Wars timeline the movie will fall yet, it’s possible that there could be cameos from Star Wars characters like Rebel pilot Wedge Antilles.

If you are interested in learning more about the upcoming Star Wars exhibit, you can find the latest details on the National Air and Space Museum’s official website.

Do you plan to visit Washington, D.C. next year to see this massive Star Wars X-wing for yourself?