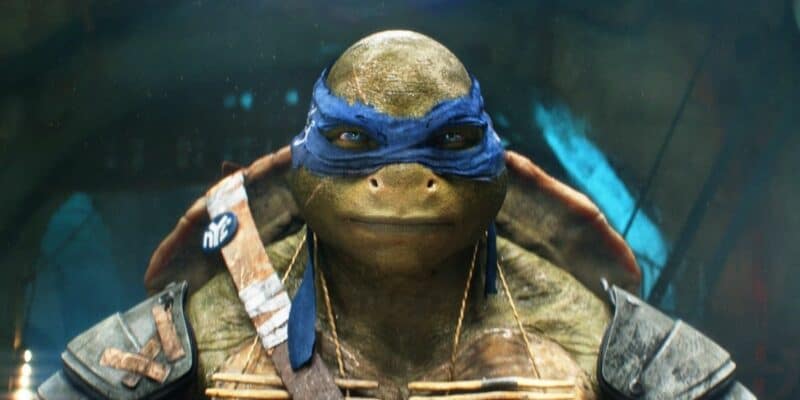 The Teenage Mutant Ninja Turtles first emerged from the New York City sewers way back in 1984, starting life as a comic book series, but quickly exploding into a pop culture phenomenon, with a hugely popular cartoon series of the same name, a live-action movie, and waves upon waves of toy lines that flooded kids’ bedrooms the world over.

And over the last 38 years, their popularity hasn’t really waned. There was a bit of a hiatus on the theatrical side of things during the early part of the millennium, but in total, we’ve had six Teenage Mutant Ninja Turtles movies to date. It might not seem all that much, but Paramount recently confirmed that there are many more on the way!

So here are all the Teenage Mutant Ninja Turtles movies ranked from worst to best.

Teenage Mutant Ninja Turtles III (1993) is an easy picking, not just because it’s a bad film, but also because of the jarring nosedive in quality the first two movies definitely aren’t short on, at least not when it comes to the Turtles themselves. But the truth is that the cheapish-looking costumes of the third movie would have been gladly overlooked in exchange for a decent outing.

In hindsight, though, the costumes aren’t the worst thing about this movie, especially when we’ve seen the live-action series, Ninja Turtles: The Next Mutation (1997– 1998). It’s pretty much everything else around them that’s unforgivable, and seeing the Turtles go back in time and abandon their signature New York City playground goes down like a pizza that’s on the turn.

There was a time when Teenage Mutant Ninja Turtles II: The Secret of the Ooze (1991) seemed like the best thing since sliced pizza, but just like pizza, as the decades pass, it becomes completely inedible. There’s a ton of fun to be had with this sequel, but with its predecessor just a year old when it his theaters, it’s painfully clear that this pie went in the microwave!

But the fact it was churned out isn’t the only issue — following a backlash of complaints from parents about the levels of “violence” in the cartoon show, which was at the time still running, the studio decided to omit any such violence from the movie, and replaced the Turtles’ signature ninja weapons with hotdogs and other weird things. Go, ninja, go? More like no, ninja, no!

It’s impossible to rank a movie franchise without at least one hugely controversial entry. Enter the Michael Bay-produced Teenage Mutant Ninja Turtles (2014), the first movie to reboot the franchise on the cinematic side of things (there have been numerous small-screen iterations). Just like Ghostbusters: Answer the Call (2016), this reboot angered fans with its trailer alone.

Many drew comparisons between the Turtles’ new designs and the character Shrek. But now that we’ve gotten used to this look, it’s easier to appreciate the special effects and motion-capture performances on display. The plot might be a huge mess, but the Turtles are almost perfect, while Megan Fox (April O’Neil) and Will Arnett (Vernon Fenwick) are a lot of fun to watch.

Teenage Mutant Ninja Turtles (1990) is a very special movie, in that it became the highest-grossing film of all time, a title it held proudly until The Blair Witch Project (1999) claimed it nine years later. The first theatrical outing for the half-shell heroes is perhaps the grittiest of all, but it’s not without plenty of cheese, either (two perfect ingredients for a Ninja Turtles movie).

When ranking movies that feature our favorite superheroes, it’s easy to get caught up in which movie has the best interpretations of those characters. And we’d be lying if we said that this doesn’t factor in with ranking the Teenage Mutant Ninja Turtles movies. Is TMNT (2007) a drastically better movie than some below it? Not necessarily, but its Turtles are among the most authentic.

You might think we’re being deliberately controversial, but let it be said that not one of the Teenage Mutant Ninja Turtles movies is perfect. On the other hand, Teenage Mutant Ninja Turtles: Out of the Shadows (2016), the sequel to the 2016 reboot, is a near-perfect big-screen adaptation of the popular 1987-born children’s cartoon (but with a ton of flaws, nonetheless).

Paramount has confirmed that there are a number of new Teenage Mutant Ninja Turtles movies on the horizon. Seth Rogen will helm a CG-animated theatrical movie, which is due for release on August 4, 2023, while several other new movies will stream on Paramount+ next year, each of which is said to focus on Ninja Turtles villains. Meanwhile, a live-action movie is also in the works, which will be penned by SNL writers Colin Jost and Casey Jost.

How would you rank all the Teenage Mutant Ninja Turtles movies?