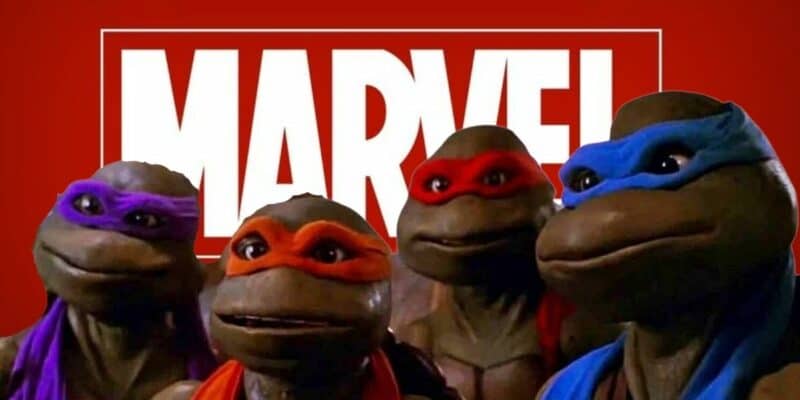 The new Marvel Multiverse has made the sky the limit when it comes to the Marvel Cinematic Universe. And the Marvel Comics world could be expanding into new territory this March by adding some of the most famous comic book characters ever created – the Teenage Mutant Ninja Turtles.

The unparalleled success of Spider-Man: No Way Home (2021) has proven that Marvel Studios boss Kevin Feige is willing to pick and choose whatever he wants from across all Marvel properties from Marvel Television productions, Marvel Animation and Marvel Comics. And Marvel Comics are pulling out all the stops to keep up that pace.

Marvel recently gave Elektra Natchios a brand-new series Elektra: Black, White & Blood. Marvel fans have been delighting in the new anthology series that focuses on one of Marvel’s greatest assassins, who began as a Daredevil supporting character in Daredevil #198 (1981) by Frank Miller. She was famously played by Jennifer Garner in Daredevil (2003) but was also in the Netflix Daredevil series played by Elodie Yung.

And now Marvel has gotten comic book fans even more excited. They announced that Teenage Mutant Ninja Turtles co-creator Kevin Eastman will be writing and drawing in the next issue – Elektra: Black, White & Blood #4 coming on March 23. The teased fans with Eastman’s part in the issue, saying:

“Here [Eastman] gets to turn Hell’s Kitchen into his playground, and the results are as radical as you’d expect! Cowabunga! Let’s get pizza!”

Cowabunga is, of course, a catchphrase used by Eastman’s Ninja Turtles, generally Michelangelo. But what some fans of TMNT might not know is their fascinating origin, which ties directly to Daredevil. Kevin Eastman and Peter Laird created the turtles, Michelangelo, Leonardo, Donatello, and Raphael, while working for Mirage Studios in November 1983.

They were inspired by Frank Miller’s epic run on Daredevil, the same one that first introduced Elektra. In the original story for the Teenage Mutant Ninja Turtles, they were mutated by the same radioactive substance as Matt Murdock/Daredevil. After blinding Matt, the canister went on to collider with a bystander who was carrying their four baby turtles, sending them all down to the sewers.

Even the turtle’s mentor, Splinter, is based on Matt Murdock’s teacher Stick.

Kevin Eastman has previously worked on some issues of Conan the Barbarian for Marvel Comics by the comic book rights for his greatest creation are currently held by IDW Publishing. The Ninja Turtles crossed over with the DC Comics and Batman in 2016 but were never officially part of the DC Universe.

Perhaps Marvel Comics could be setting up their own cross-over with IDW for the first time ever. If so, it could delight fans of both franchises.

Let us know in the comments if you want to see the Teenage Mutant Ninja Turtles in the Marvel Universe.