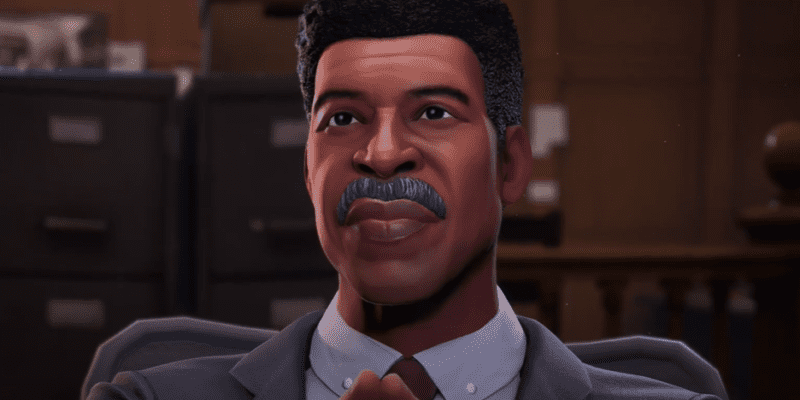 There’s no doubt that open-world video games are now more popular than ever, while major media franchises such as Harry Potter, Avatar, and Star Wars, all appear to be cashing in on their success. Later this year, Harry Potter-themed game Hogwarts Legacy (2022) will hit the shelves, while Avatar: Frontiers of Pandora (TBA) will follow some time later.

The Star Wars-themed game, whose working title is simply The Star Wars Project (TBA), is likely a few years out, especially given the scope of the task at hand (more like open-galaxy). But if game developers are able to commit themselves to building games set across entire galaxies, then surely it isn’t asking too much for something a little smaller (but no less ambitious)?

Recently, it was announced that a brand-new Ghostbusters video game would be arriving later this year. Ghostbusters: Spirits Unleashed (2022) is an asymmetrical multiplayer game that follows on from Ghostbusters: Afterlife (2021) and sees the return of Ernie Hudson (Winston Zeddemore) and Dan Aykroyd (Ray Stantz), as they lead a new team of Ghostbusters.

The game looks like something fans can really sink their teeth into, and while we’ve already had a near-perfect Ghostbusters game in the form of Ghostbusters: The Video Game (2009), when can we expect an open-world game set in the universe made famous in four movies, two cartoon shows, and an entire comic book series (courtesy of IDW Publishing)?

So is it possible that an open-world Ghostbusters game is on the horizon? We think so! And while we aren’t at all fussy, here are seven things the game must have!

7. Play More Than One Ghostbuster

It goes without saying that an open-world Ghostbusters game should allow players to “switch” between characters. Between the original line-up, the ladies from the reboot, and the children from Ghostbusters: Afterlife, there are 12 Ghostbusters — and that’s just the four movies.

And who’s to say a new game couldn’t introduce new ones, just like Ghostbusters: The Video Game and Ghostbusters: Spirits Unleashed? Either way, having the ability to change characters as you play would allow you to enjoy a wealth of different abilities, personalities, and backstories.

6. Explore New York City and Beyond

Ghostbusters is a lot like Teenage Mutant Ninja Turtles, in that both IPs are synonymous with New York City, so it only makes sense that an open-world Ghostbusters game is set here, with the entirety city and every building in it on offer, as you respond to spooky sightings in your Ecto-1.

However, with Afterlife set in Oklahoma, and to distinguish the game from other Ghostbusters gaming titles, other locations beyond the Big Apple would be most welcome. Which is why you’d need something a lot faster than the Ecto-1 to travel to new destinations…

One of the few downsides to Ghostbusters: The Video Game is that, while you can battle ghosts alongside the Ecto-1, you can’t actually drive it. But if Ghostbusters goes open-world, then getting behind the wheel is a must. And why does a vehicle even need to have wheels?!

Across many forms of Ghostbusters media, the paranormal investigators boast a number of vehicles, from choppers to speedboats, each usually equipped with proton packs and ghost traps! And speaking of weapons, the option to build, modify, and upgrade would also be pretty neat.

At the heart of most open-world games is a solid story, more commonly known as “campaign mode” or “career mode”. Without the gravity of a compelling narrative, there would be nothing to hold you down, and even with an entire world at your disposal, you could get bored pretty fast.

One of the things fans didn’t respond well to in Ghostbusters: Afterlife was the return of overused spooks such as Slimer and the Stay Puft, so we think an open-world Ghostbusters game would need to introduce something entirely fresh to the franchise, bolstered by a thrilling narrative.

One of the best thing about Ghostbusters (1984) is how it’s about a group of people — Peter Venkman (Bill Murray), Winston Zeddemore (Ernie Hudson), Ray Stantz (Dan Aykroyd), and Egon Spengler (Harold Ramis) — who simply decide to go into business for themselves.

Just imagine being able to turn a profit in an open-world Ghostbusters game, by charging clients the right fee to have their spooks captured, not only as a means to keep the business afloat, but to turn a profit so that you can afford more equipment and, of course, to pay your employees!

Dovetailing from the ability to grow your business, we think having the option to scout and purchase buildings throughout Manhattan to serve as Ghostbusters stations would be awesome. After all, if you’re going to expand the franchise, you’ll need more than one base of operation!

Even if an open-world Ghostbusters game includes existing Ghostbuster characters, one of the best features such games offer is the ability to fully customize your character, which is something the upcoming Hogwarts Legacy will offer.

We can’t imagine that there’s a single Ghostbusters fan who wouldn’t want to create their own paranormal investigator. Full customization could even allow you to re-create existing characters from the movies, such as Louis Tully (Rick Moranis) and Gary Grooberson (Paul Rudd).

Ghostbusters: Spirits Unleashed will be released on the PC, PlayStation 4, PlayStation 5, Xbox Series X/S, and Xbox One later this year, during Q4, 2022. In the meantime, we’ll keep our streams crossed for some news on an open-world game!

Do you think an open-world Ghostbusters game will happen? Let us know in the comments below!