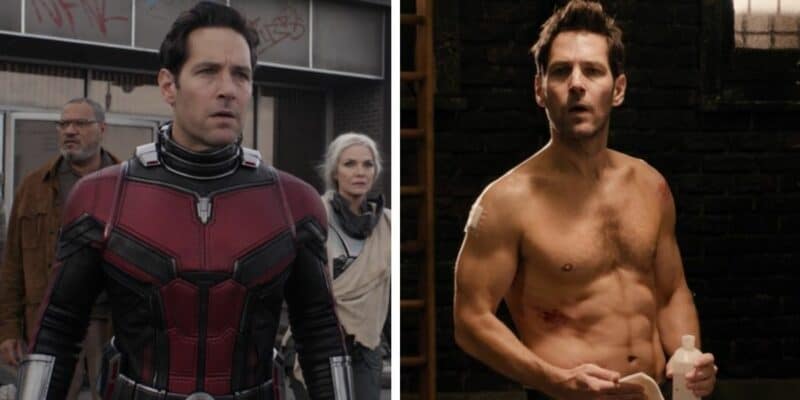 Actor Paul Rudd has been named this year’s Sexiest Man Alive by PEOPLE magazine. The annual announcement revealed the Ant-Man star during Tuesday night’s The Late Show with Stephen Colbert.

Forever young Paul Rudd often draws media attention due to his seemingly anti-aging superpowers. First appearing in Sisters (1992–1995), the actor, 52, gained more recognition after starring in Halloween: The Curse of Michael Myers (1995) and alongside Alicia Silverstone in the cult classic, Clueless (1995), as Silverstone’s ex-stepbrother, Josh.

Since the late 1990s, Rudd has gone on to become a staple name in cinema with the Hollywood actor taking on roles in movies like Anchorman: The Legend of Ron Burgundy (2003), The 40-Year-Old Virgin (2005), Night at the Museum (2006), Role Models (2008), and This is 40 (2012). Rudd also had a leading role in the popular Friends sitcom playing Mike Hannigan, Phoebe Buffay’s (Lisa Kudrow) eventual husband.

Rudd’s fan-favorite status was further intensified when he became the Ant-Man of the Marvel Cinematic Universe. He starred in his own self-titled Marvel movie, Peyton Reed’s Ant-Man (2015), before joining the ensemble cast of Captain America: Civil War (2016). Rudd’s sophomore solo outing came in the form of Ant-Man and the Wasp (2018), where he returned as Scott Lang alongside Evangeline Lilly’s Hope van Dyne AKA Wasp in the MCU movie.

With Rudd’s enduring status as a nice guy and funny man, his response to his new Sexiest Man Alive mantle was bound to be comical. Rudd’s new title was revealed during a sketch on The Late Show with Stephen Colbert, who also debuted the exclusive cover reveal of Rudd’s issue.

Speaking to PEOPLE, the Marvel star said the following:

“[I] have an awareness, enough to know that when people hear that I’d be picked for this, they would say, ‘What?'”

Rudd reveals that the only person he told about being 2021’s Sexiest Man Alive was his wife, Julie Yaeger.

“She was stupefied,” he says. “But you know she was very sweet about it. After some giggling and shock, she said ‘Oh, they got it right.’ And that was very sweet. She was probably not telling the truth, but what’s she going to say?”

Despite his own comments on people thinking him to be the wrong choice, Rudd has a hilarious response to his new title. Stating that his friends will “give [him] so much grief”, the actor said:

“As they should. I would,” he allows. “I mean I’m going to lean into it hard. I’m going to own this. I’m not going to try to be like ‘Oh, I’m so modest.’ I’m getting business cards made. But all of my friends will destroy me and I expect them to. And that’s why they’re my friends.”

For Rudd, after recently lending his vocal talents to Marvel’s What If…? on Disney+, the actor is locked into his third Ant-Man installment — Ant-Man and the Wasp: Quantumania (2023) from director Peyton Reed. He will reprise his role as the Avenger alongside Lilly’s Wasp, with both heroes facing Jonathan Majors’ Kang the Conqueror — the character, albeit a Variant, was introduced as “He Who Remains” in Kate Herron and Michael Waldron’s Loki finale. The latest cast announcement reveals Hollywood legend, Bill Murray, will have a role in Reed’s threequel.

Rudd’s next Marvel film, Ant-Man and the Wasp: Quantumania is scheduled for release on July 28, 2023.

If you want to see Rudd on the big screen sooner rather than later, the actor will star as Gary Grooberson in the new film, Ghostbusters: Afterlife (2021).

What do you think about Paul Rudd being crowned this year’s Sexiest Man Alive? Let us know in the comments down below!