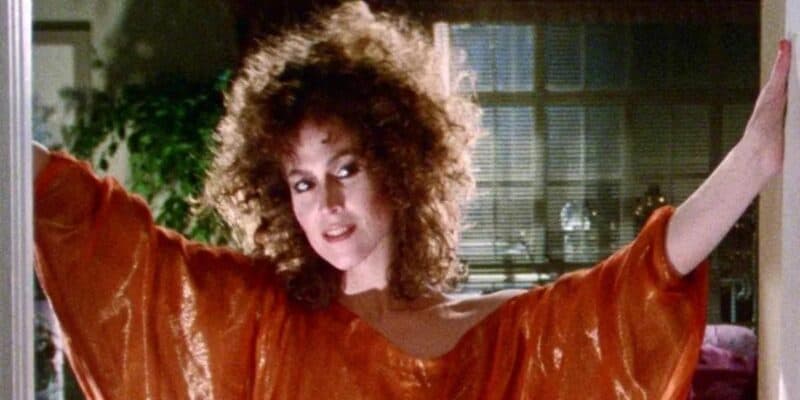 Ghostbusters (1984) is one of the most beloved movies of all time, and thanks to the latest sequel, Ghostbusters: Afterlife (2021), the franchise is well and truly back on the map. On the other hand, it has been embedded within pop culture for nearly four decades.

But sometimes, it’s worth revisiting the original movie in any series, regardless of whether we love or hate the latest sequels or reboots. Filmmaking is as fascinating as the final product, with many on-set stories and facts that even the most diehard fan might not be familiar with.

So here are seven bizarre facts you didn’t know about the original Ghostbusters!

7. The Hotline Was Real

Before the Ghostbusters become established in New York City, they release a commercial to advertise their services. The three original members — Peter Venkman (Bill Murray), Ray Stantz (Dan Aykroyd), and Egon Spengler (Harold Ramis) — appear on television, with the number 555-2368.

During the film’s theatrical release in 1984, Ivan Reitman ran that very same commercial, which allowed people to call in. Callers would hear a pre-recorded message from Bill Murray and Dan Aykroyd, who announced that they were unable to answer as they were busy busting ghosts!

The number received 1,000 calls every hour, 24 hours a day, for several weeks! Sadly, the line is no longer operational, so if you’re being troubled by strange noises in the middle of the night, or you’re experiencing feelings of dread in your basement or attic, we don’t know what to tell you!

“Ghostbusters” is such an iconic title — so much so, that many fans still haven’t noticed that, following the opening scene in the New York Public Library in the original 1984 film, the title that appears on the screen is actually two words and not one, reading “Ghost Busters”!

Before the filmmakers settled on the now iconic title, Dan Aykroyd originally considered the title “Ghost Smashers”, while “Ghostbreakers” was also an option. The sign outside the Ghostbusters fire station in New York even had variations of these titles during production.

“Ghostbusters” wasn’t available because of Filmation’s Ghostbusters (1975), an unrelated TV series (there’s also a 1986 cartoon). In the end, Columbia Pictures obtained the rights, while The Real Ghostbusters (1986 — 1991) was so named to distinguish it from the Filmation version.

5. Slimer is Also Known as “Onionhead”

Despite becoming one of the most iconic characters in the entire Ghostbusters franchise, Slimer is never actually name-dropped in either of the two movies, Ghostbusters and Ghostbusters II (1989). However, he was referred to as “Onionhead” by the crew of the original film.

The “ugly little spud” wasn’t actually named “Slimer” until the animated show, The Real Ghostbusters, in which he’s part of the team. It’s this that inspired his more friendly cameo in Ghostbusters II, in which he offers Louis Tully (Rick Moranis) a ride in a town car.

Slimer isn’t the only ghost in the original movie who isn’t referred to by the name we now know him by — Gozer’s two minions, Vinz Clortho/the Keymaster and Zuul/the Gatekeeper are never referred to as “Terror Dogs”, despite the hellhounds now being synonymous with the name.

4. Eddie Murphy Was Offered the Role of Winston

We can’t quite decide who is more lovable — Winston Zeddemore or Ernie Hudson! Either way, it’s pretty frustrating that Winston doesn’t appear in the original Ghostbusters for quite some time, and also doesn’t get quite as much screen time as his co-stars in the sequel, either.

Winston was supposed to join the team a lot earlier, and would have been in the scenes where the Ghostbusters capture Slimer. Earlier versions of the script also included a backstory which detailed his time in the Air Force, something IDW’s Ghostbusters comic book series utilizes.

However, when Eddie Murphy turned down the role of Winston Zeddemore, and when the studio consequently wanted to give Bill Murray a bigger role in the film, this forced major rewrites in the script, which led to the character of Winston being omitted from many scenes.

3. It Was Supposed to Be a Futuristic Adventure

While the original Ghostbusters can, at times, feel a little outlandish (the Stay Puft Marshmallow Man being one of the most bizarre but brilliant things in the entire film), an early concept for the film was far more “out there” than you might have realized.

In the DVD commentary, it is revealed by Ivan Reitman and Harold Ramis that the story was originally set in a futuristic New York City where teams of readily established Ghostbusters would be found all over the world, as well as several huge supernatural entities.

Fortunately, this would have set the studio back some $300 million at the time, which is why Ramis was brought on board to make some much-needed rewrites. Let’s just hope that any future Ghostbusters movies don’t borrow elements from that original script!

2. Slimer is Based on John Belushi

As well as being called “Onionhead” by the crew members of the original 1984 film, Slimer also went by another name — “The Ghost of John Belushi”, something Dan Aykroyd started. Aykroyd has since confirmed that Slimer was heavily inspired by the late John Belushi.

For starters, the green spook’s hankering for food was based on Belushi’s cafeteria scene in National Lampoon’s Animal House (1978). The role of Peter Venkman was originally written for the actor, however, he passed away while Aykroyd was working on the script in early 1984.

While there are no direct references to the actor in the film, there are plenty throughout IDW’s Ghostbusters comic book series, some of which even feature Belushi’s character, “Joliet” Jake Blues, from The Blues Brothers (1980), which also stars Dan Aykroyd as Elwood Blues.

1. It’s All Inspired By a “Real” Ghostbuster

Seeing as it’s not April Fools Day, we’re not going to try to convince you that Ghostbusters, or any of the sequels or reboots, are inspired by true events. But it is inspired by real-life paranormal investigators, both of whom are directly related to Dan Aykroyd!

Aykroyd’s great-grandfather was an active believer in the supernatural, while Aykroyd’s late father, Peter Aykroyd Sr., also published a book titled “A History of Ghosts” (2009). Even the Ray Stantz actor himself is well known for his interest in psychic research, and also UFOs.

Aykroyd’s passion for the paranormal is even echoed in the new sequel, Ghostbusters: Afterlife, as he’s revealed to be the only subscriber to the podcast “Mystical Tales of the Unknown Universe”, operated by Podcast (Logan Kim). The latest sequel really is all about passing the torch!

Director Ivan Reitman, who gave us Ghostbusters and Ghostbusters II, as well as several other classic comedies, and also produced Ghostbusters: Afterlife, which his son, Jason Reitman, directed, recently passed away at the age of 75.

Did you know any of these bizarre facts about the original Ghostbusters?