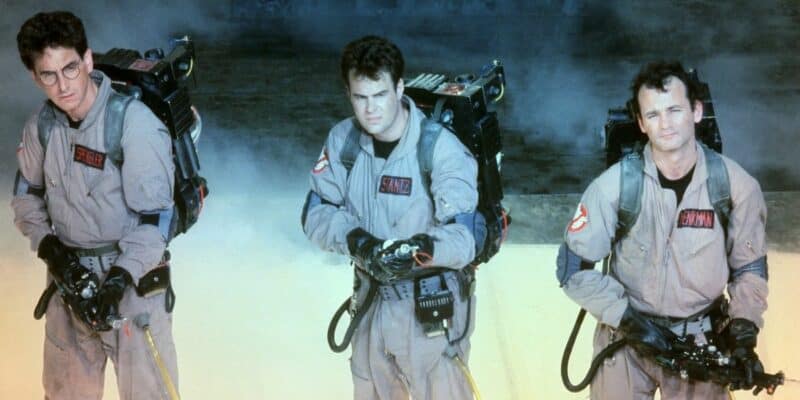 Ivan Reitman, the director of Ghostbusters (1984), has sadly and “unexpectedly” passed away in his sleep at his home in Montecito, California, on Saturday night, February 12.

His family confirmed the news to the Associated Press. His children, Jason Reitman, Catherine Reitman, and Caroline Reitman, said the following in a joint statement:

“Our family is grieving the unexpected loss of a husband, father, and grandfather who taught us to always seek the magic in life. We take comfort that his work as a filmmaker brought laughter and happiness to countless others around the world. While we mourn privately, we hope those who knew him through his films will remember him always.”

Ivan Reitman, a Czechoslovak-born Canadian TV and film screenwriter, producer, and director, found his big break when he produced National Lampoon’s Animal House in 1978 and Meatballs the following year.

In the decades that followed, Reitman was responsible for directing, producing, and writing a huge number of comedies, many of which went on to become classics, such as Stripes (1981), Twins (1988), and Kindergarten Cop (1990).

However, he will be best remembered for directing the beloved supernatural 1984 hit, Ghostbusters, and its 1989 sequel, Ghostbusters II, which were co-written by Dan Aykroyd and Harold Ramis, who both appear in the movies as Ray Stantz and Egon Spengler.

However, despite getting a few things right, due to an underwhelming box office performance, the reboot didn’t receive a follow-up, and instead, a third installment in the original Ghostbusters series established by Ivan Reitman finally arrived last year with Ghostbusters: Afterlife (2021).

Ivan Reitman’s son, Jason Reitman, directed the long-awaited sequel, which has been mostly well-received by fans. His father returned as  producer, and even served as one of two stand-ins for Egon Spengler (along with actor Bob Gunton), using digital make-up to make him resemble the late actor, Harold Ramis.

While Ghostbusters: Afterlife is a wonderful tribute to Ramis, it’s also a blatant love letter to the original, on the set of which Jason Reitman spent a great deal of time with his father. Last year, he described himself as “the original Ghostbusters fan.”

During a number of interviews in the lead-up to the release of Ghostbusters: Afterlife, Jason Reitman recalled many experiences with his father while on the set of the first two films. In an interview with Empire in November, when asked what working on the new movie meant to him, he said:

“For me, it’s this idea of making a movie for my father, that carries on a legacy that was introduced to me when I was seven years old and was a deep part of my childhood, the way it was a part of everybody’s childhood. I remember playing with the toys, I remember collecting the comic books, I  remember watching the cartoon with my cereal. I remember being scared of the terror dog. Then, in 1989, I remember having a crush on a girl for the first time and bringing her to the set [of Ghostbusters 2]. It was so deeply a part of my childhood that the daily experience [on Afterlife] was desperately wanting to get this right more than any other film I’ve ever made, while sitting next to not only the person who created it, but the person who created me.”

Jason Reitman even appears in the 1989 sequel, Ghostbusters II, in which he plays a young boy at a birthday party who hilariously roasts Ghostbusters Ray Stantz and Winston Zeddemore, saying, “My dad says you guys are full of crap and that’s why you went out of business.”

Ivan Reitman’s contribution to the world of comedy cannot be overstated, while Ghostbusters remains a huge part of pop culture, and continues to draw the attention of new generations of moviegoers, making it one of the most beloved and revered franchises of all time.

Tributes for Ivan Reitman have already started to flood social media, with many from those who worked with him over the years. Sony Pictures Motion Picture Group Chairman and CEO Tom Rothman said in a statement to Deadline:

“Tonight, the lady with the torch weeps, as do all of us at Columbia, and film lovers around the world. Ivan Reitman was an inseparable part of this studio’s legacy, but more than that he was a friend. A great talent and an even finer man; he will be dearly missed. We send his family all our condolences.”

A number of actors have also shared their condolences. Actress Carrie Coon, who played Callie Spengler in the 2021 sequel, posted to Twitter:

“Working with Ivan was an honor and a pleasure and I’m so grateful that I was invited into the universe he helped to build, one that continues to resonate with fans the world over.”

Working with Ivan was an honor and a pleasure and I’m so grateful that I was invited into the universe he helped to build, one that continues to resonate with fans the world over. 💔 pic.twitter.com/24N3L6nOjY

And Paul Feig, who directed the 2016 reboot Ghostbusters: Answer the Call, also expressed his shock in a Twitter post:

“I’m in absolute shock. I had the honor of working so closely with Ivan and it was always such a learning experience. He directed some of my favorite comedies of all time. All of us in comedy owe him so very much. Thank you for everything, Ivan. Truly.”

I’m in absolute shock. I had the honor of working so closely with Ivan and it was always such a learning experience. He directed some of my favorite comedies of all time. All of us in comedy owe him so very much. Thank you for everything, Ivan. Truly. ❤️❤️ https://t.co/SGnI7OcT9s

Ivan Reitman is survived by his wife Geneviève Robert and their three children, Jason, Catherine, and Caroline. His cause of death has not yet been released.

What are your favorite Ivan Reitman movies?