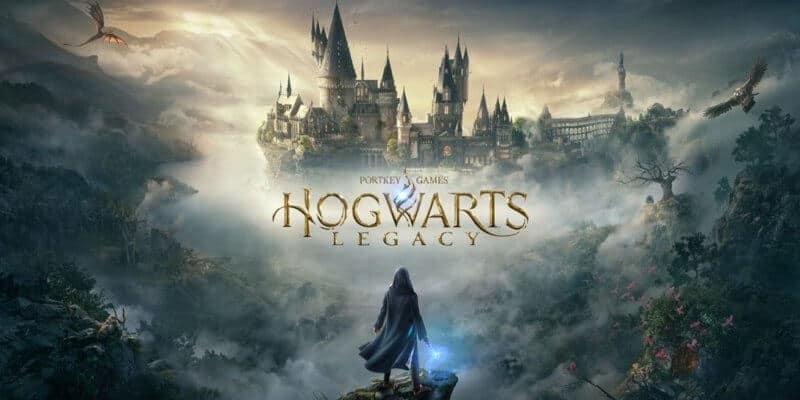 We never thought in our wildest dreams that we’d be getting an open-world Harry Potter game, but Hogwarts Legacy is really happening. And as it’s due out in 2022, it’s only a matter of time before we get a release date (although it’s rumored that it won’t be happening before Fantastic Beasts: The Secrets of Dumbledore which hits theaters on April 8).

While we already know some details, there are still plenty of unanswered questions. The official website confirms that the game will be set in the late 1800s, that we’ll be able to choose whether we play a witch or a wizard, customize our character, learn spells, brew potions, tame fantastic beasts, explore areas beyond Hogwarts and so much more.

A trailer was also released in 2020 which showcases a lot the game has to offer while promising a compelling story. Set a good century or so before Harry ever steps foot inside the School of Witchcraft and Wizardry, the game will focus on an entirely new character whose destiny lies within the walls of the castle and beyond.

So besides everything we already know, what more do fans want from the upcoming game? Or better yet – what will fans expect? This is Harry Potter we’re talking about, so we have every right to be demanding! Here are seven things fans will definitely want from Hogwarts Legacy.

This is probably the most frequently-asked question because as we know, there’s a plethora of magical spells that witches and wizards can learn at Hogwarts (and elsewhere). For starters, we should at the very least get all the basics – wingardium leviosa, lumos, alohomora, expelliarmus, reducto, accio, petrificus totalus, and so on.

However, more complicated spells, like expecto patronum and riddikulus, are teased in the trailer, so simpler spells probably go without saying. But what about dark spells? While we don’t want to make too many enemies, there are lots of dark creatures and wizards alike in the trailer, so being able to defend ourselves is going to be pretty important!

With that said, there will likely be some form of restriction, especially with the three Unforgivable Curses. But we’d much prefer to manage mischief in other ways anyway, such as being able to self-transfigure, use Polyjuice Potion, or even the Invisibility Cloak. In other words, we want the opportunity to solemnly swear that we’ll be up to no good!

We already know that we’ll be able to make friends at Hogwarts, and we’ll even be able to pick our own house too – Gryffindor, Ravenclaw, Hufflepuff, or Slytherin. But exactly how the friend-making element of the game will work remains to be seen. And it all hinges on just how good the A.I. is with regards to non-playable characters.

We know that we’ll be able to “select companions” in the game, and the trailer tells us “we will meet lifelong friends” at Hogwarts. This is a really exciting prospect as we can’t wait to form our own trio that puts Harry (Daniel Radcliffe), Ron (Rupert Grint), and Hermione (Emma Watson) to shame!

We hope to be able to make some enemies at Hogwarts too – you know, just to keep things interesting! But with the likes of Slytherin House on the premises, we have no doubt that enemies will probably make themselves known quite quickly. Unless of course, we choose Slytherin in the first place!

It has been confirmed that players will be able to explore Hogwarts and other familiar locations such as Hogsmeade and the Forbidden Forest, as well as brand-new ones. And while we can’t wait to enjoy a Butterbeer at the Three Broomsticks or wander through the school’s woodland and annoy some centaurs, we’re eager to know where else we can go.

The trailer does tease a coastal area, where players appear to be flying a hippogriff, so it’s possible we’ll be able to visit the British countryside. It might even be part of the Muggle world and therefore not concealed by magic. If this is the case, where else will we be able to go? The late 1800s’ version of Privet Drive in Little Whinging, perhaps?!

Maybe even New York City will be available, as seen in the Fantastic Beasts movies (albeit a few more decades down the line). Being able to venture beyond the Wizarding World would be incredibly magical. And there are many methods of transport that could allow a witch or wizard to do so – train, flying creature, broomstick, disapparating – the list goes on!

As much as we love the idea of visiting the Muggle world and causing a lot of mischief (perhaps even scaring Vernon Dursley’s great grandfather with some simple spells!), we want to spend just as much time in the Wizarding World. And there’s no better melting pot for all things magic than Diagon Alley.

As a student, we’ll have a long list of items needed for our first year at Hogwarts – we only need to watch Harry Potter and the Sorcerer’s Stone to know this. Robes, quills, parchment, a wand, and an owl are just the tip of the iceberg, so we’ll need to visit Diagon Alley with a pocketful of galleons – which would also mean making a withdrawal at Gringotts!

Diagon Alley is a place that’s often teeming with witches and wizards, so seeing this come to life in Hogwarts Legacy would be a real feast for the senses. It would even be a good opportunity for the game to boast the A.I. it will have on offer. And being able to pick our own wands and owls would add that finishing touch!

Perhaps one of the most exciting features of Hogwarts Legacy is that players will be able to forge their own destiny – or legacy – while at the school. The website says “become the wizard you want to be” and that in time we’ll learn that we are “no ordinary student.” This is something that’s also emphasized heavily in the trailer.

In addition to this, we’ll possess a unique ability to “perceive and master Ancient Magic”, with the option to protect our secret for the greater good, or succumb to the temptation of the darker side of magic! Ultimately, players will “decide the fate of the Wizarding World”, which is a pretty interesting layer to a game that already sounds very rich.

The game will feature a ‘morality system’, which is something often used in open-world games. For Hogwarts Legacy, all we know is that there will be missions and scenarios in which we’ll be confronted with decisions that will determine what kind of witch or wizard we choose to be. Move over, Tom Riddle – there’s a new player in town!

It goes without saying that an open-world game set in the Wizarding World needs to feature Quidditch. And seeing as Hogwarts Legacy is set in the titular school itself, where there is indeed a great big Quidditch pitch, we see no reason why we won’t be able to enjoy the sport during our time at Hogwarts (we’d better get ready for plenty of Skele-Gro!).

While there is already a game that focuses on the sport – Harry Potter: Quidditch World Cup – Hogwarts Legacy would likely only feature the sport as an optional side-activity. It might even depend on what kind of character we end up playing in the game. But who knows – maybe catching the Golden Snitch will be one of our many missions!

The trailer suggests that the game will have broomsticks at the very least, though. We can’t imagine not taking to the skies on a Nimbus or a Firebolt (or whatever the 1800s literally has in store)! It will also be interesting to see how open-world Hogwarts itself really is, although any barriers that prevent us from flying off-premises can at least be explained by magic!

Many open-world games tend to operate in ‘real time’ which means that as a player we can experience the passage of time (in some gaming titles, twenty-four hours equates to twenty-four minutes in-game time). We think this is key to allowing open-world games to feel as immersive and as lived-in as possible, and Hogwarts Legacy should be no exception.

There are many benefits to having real-time in the game, and seeing as we’ll be playing a student who enrolls at Hogwarts (it has been confirmed that we’ll get a “late letter of acceptance” to the school), then it makes sense to experience the passage of time so that we can live out our own seven-year journey, all the way through to graduation!

We’d also love to experience things like the Hogwarts Express in real-time and not some throwaway cutscenes. The same applies to the changing of seasons, the setting of the sun, and so on. We’d be surprised if time didn’t play a significant role in the game, although we don’t expect one of the professors will equip players with a Time-Turner!

What else do you want to see in Hogwarts Legacy?

Comments Off on 7 Things Fans Want From ‘Hogwarts Legacy’