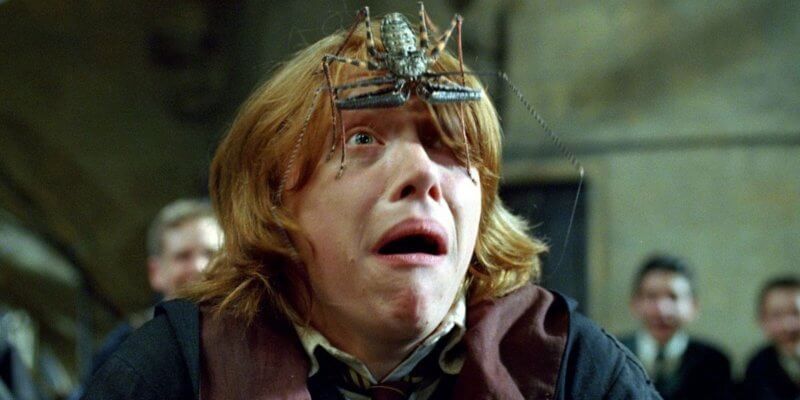 During an appearance at Dax Shepard’s Armchair Expert podcast, actor Rupert Grint described the 10-year-long experience of acting in the Harry Potter franchise as “suffocating” at times.

Grint, who played Harry Potter’s best friend, Ron Weasley, talked about how it felt working on the wizarding franchise from 2001 to 2011.

Along with Daniel Radcliffe, Emma Watson, Tom Felton, and many other actors, Grint acted in the Harry Potter franchise for over a decade

“Sometimes it definitely felt like, ‘I want to do something else. See what else is out there,” Grint said. ” It just never ended. Every year, we came back. And it was kind of like ‘Groundhog Day’ because it was the same sets. It was the same people.”

Despite the occasionally “suffocating” feeling, Grint did admit that it was “a great experience.” “But it was great. I loved it,” Grint said.

Grint, who is now a father, also went on to say that even 10 years after the last Harry Potter film was released, he “can’t face” watching the Harry Potter movies.
“It still feels too soon really. I can’t detach myself fully. I can’t face it,” Grint said.

Yet, during a previous interview were Rupert spoke on the possible HBO Max Harry Potter series, he admitted he has watched at least a few of the movies.
“I’ve probably seen the first three at the premieres, but after that I stopped watching them,” he said during an interview with Variety.
He continued, “But now that I have a daughter, I will probably have to watch them with her.”
Did you watch the entire Harry Potter film series, or read all of the books? Which of the Harry Potter universe movies is your favorite? Let us know in the comments below.