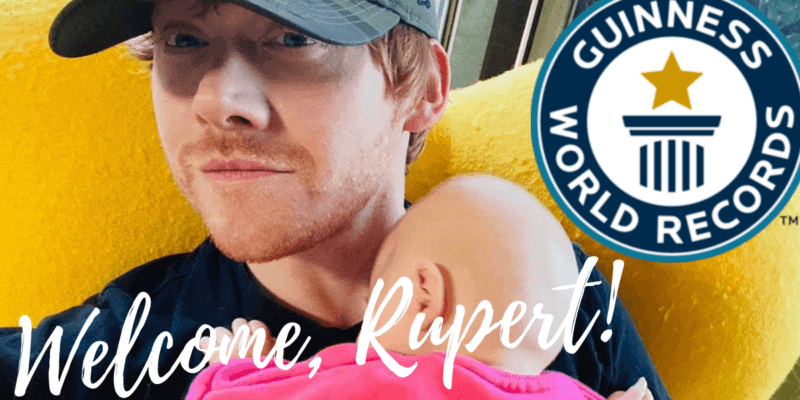 Rupert Grint‘s Instagram page has made insta-history by becoming the fastest page to ever hit one million followers.

The Harry Potter actor previously never had an Instagram page, but joined the platform to share a picture of his newborn daughter with girlfriend Georgia Groome.

Environmentalist and British national treasure Sir David Attenborough formally held the record, and only broke it himself last month.

Grint is of course known for his iconic role as Ron Weasley in the Harry Potter series. The Wizarding World actor has never been interested in Instagram and made an amusing quip when joining this week.

Grint and his girlfriend Georgia Groome took pride in welcoming their baby daughter to the world.

He wrote: “Hey Instagram….only 10 years late, but here I am. Grint on the Gram! Here to introduce you all to Wednesday G. Grint. Stay safe, Rupert.”

Rupert Grint‘s Instagram page has broken a Guinness World Record. His page is now the fastest ever to reach one million followers, a record that was only recently broken by Sir David Attenborough.

Attenborough’s Instagram page reached one million in just four hours and forty-four minutes. However, Grint got there in four hours and one minute, shaving off forty-three minutes from the former record.

Before Sir David, the record was held by Friends actor Jennifer Aniston. When she joined Instagram, she quickly hit one million followers in just five hours and sixteen minutes.

All of this demonstrates the enduring impact of the Wizarding World franchise and how important Harry Potter still is to so many. People are still talking about these movies and Emma Watson, Tom Felton, Daniel Radcliffe, and the rest of the cast are as popular as they’ve ever been. We’ve recently learned that the Sorceror’s Stone has now broken the $1billion mark and Draco Malfoy has far less screentime than you might think.

Inside the Magic wishes all the best to Rupert, Georgia, and Wednesday.