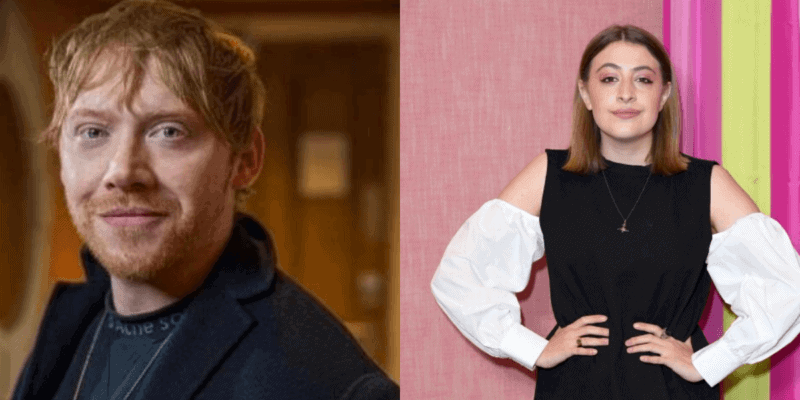 Ron Weasley will be the first of the beloved wizarding trio to have kids. Actor Rupert Grint and his girlfriend announced that they are now expecting their first child.

After the Harry Potter start’s rep reported the news, saying “Rupert Grint and Georgia Groome are excited to announce they are expecting a baby and would please ask for privacy at this time,” fans erupted across social media with excitement.

One fan even wrote in all caps, “RUPERT GRINT AND GEORGIA GROOME ARE HAVING A BABY I CANT BREATHE.” For others, it is hard to even imagine Ruper Grint is over 30 years old. He and Groome do not have a major social media presence so many fans also admitted to finding out the two were together through this announcement.

Rupert Grint aka Ron Weasley will soon become a father! Ahhh, my childhood friend has moved on to the next phase of life. ☺️? pic.twitter.com/vv2cUQOdjI

RUPERT GRINT IS GOING TO BE A FATHER ?? REMINDER WHEN HE USED TO BE THIS LITTLE !!!! pic.twitter.com/ZYhKOpzL0J

RUPERT GRINT AND GEORGIA GROOME ARE HAVING A BABY I CANT BREATHE pic.twitter.com/08Y7O3JhEb

Now on the other side of 30 years old, Grint first entered the spotlight by being awarded the role of Ron Weasley in 2001 for the first film of the franchise, Harry Potter and the Sorceror’s Stone, and the chance to play alongside Daniel Radcliff and Emma Watson. While he has worked to keep the relationship private, Grint has been in a relationship with Georgia Groome since 2011. Groome, an actress herself, credits her big break to Angus, Thongs and Perfect Snogging.

While his Wizarding World co-stars Daniel Radcliff and Emma Watson continue to devote time to their acting careers first, with no immediate plans for kids, Grint has admitted he’s ready to settle down and raise a family.

‘Turning 30 felt strange,” he said. “It just doesn’t feel like I’m there yet and I don’t know what the future holds. I’m just going to go with the flow, keep playing interesting characters and see what happens. I’d like to settle down and have kids soon.”

With the conclusion of Harry Potter and the Deathly Hallows: pt. 2, Grint’s acting career has most-notably included TV shows such as Sick Note, Snatch, and The ABC Murders. One of his last major film roles, according to IMDB, was co-starring alongside Ron Pearlman in the action-comedy Moonwalkers. A film about a CIA agent and a rockstar manager going out to find legendary filmmaker Stanley Kubrick and getting him to fake the moon landing.