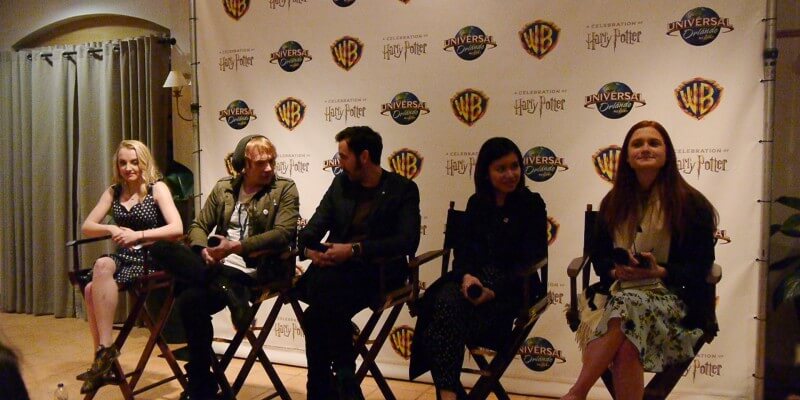 Just before the Opening Night ceremony, the actors took part in an intimate Q&A session with invited media where they fielded questions about everything from whether or not they would return to the series should they ever be asked (Lynch would most certainly love to reprise her character; Lewis not so much) to when was the last time they had watched the films or read the books.

But the most poignant moment of the 30-minute session was when the actors were asked to reminisce on their time with Alan Rickman, who played Professor Severus Snape and tragically passed away earlier this month.

For the complete Q&A session, watch the below clip.

We’ll have continued coverage of “A Celebration of Harry Potter 2016” right here on Inside the Magic.