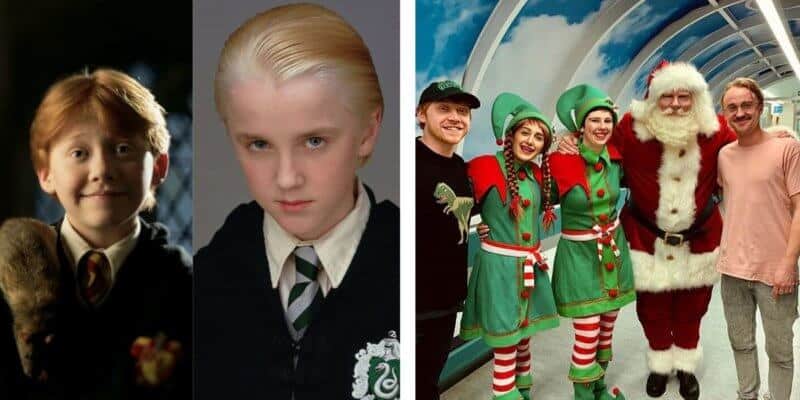 The two, though don’t get along on-screen for obvious reasons, are very close in real life and decided to team up and deliver Christmas gifts to patients in the hospital this holiday season. Both actors autographed a ton of Harry Potter themed products including LEGO sets as well as posed for pictures with patients.

In a recent Instagram post by Tom Felton, he wrote: “A huge thank you to @markoflego & @noblecollectionuk for allowing Rupes & I to play Santa for the day at @greatormondst xx.”

You can see in the series of photos above, a ton of Harry Potter themed LEGO sets, a bunch of packages stuffed in the back of the car, and some adorable posed photos with the hospital patients. I think it’s safe to say that the Harry Potter cast sure knows how to spread the holiday cheer.

There was also a separate video posted to Instagram from @markoflego which shows the actor signing a LEGO set.

It’s so nice to see the cast still as close as ever even after all of these years. Tom Felton also recently met up with Emma Watson, who played Hermione Granger, Evanna Lynch, who played Luna Lovegood, Bonnie Wright, who played Ginny Weasley, and Matthew Lewis, who played Neville Longbottom.

And over the summer, Felton had an entertaining pajama-themed jam session with Emma Watson.

Don’t you love seeing the cast of Harry Potter reuniting during the most wonderful time of year to spread some holiday cheer?