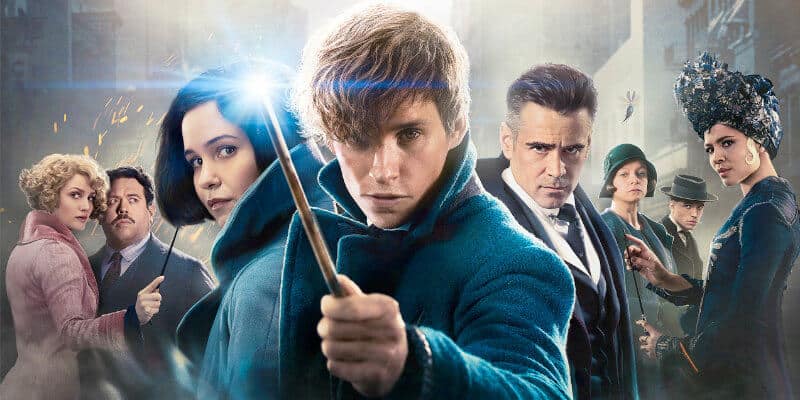 Fantastic Beasts and Where to Find Them tells the story of Newt Scamander, a Magizoologist whose goal in life is to take care of all the magical creatures in the world and teach people that all creatures can be loved and taken care of and not be feared. Along the way, he meets a number of witches and wizards, a special Muggle, and must battle some seriously dark wizards. The films take place in the early 1900s, many years before Harry Potter and Voldemort became a part of the Wizarding World.

Fantastic Beasts and Where to Find Them first premiered in 2016 and starred Eddie Redmayne as Newt Scamander. The film was an immediate hit with fans who had been obsessed with the wizarding world for years. In 2018, Fantastic Beasts: The Crimes of Grindelwald premiered and brought in a young Albus Dumbledore, played by Jude Law, and famed dark wizard Gellert Grindelwald, played by Johnny Depp.

However, we now have some MAJOR Fantastic Beasts 3 news — a new title and a changed release date! Today, Warner Bros revealed that the new movie would be premiering April 15, 2022, which is 3 months earlier than originally announced. The title for the newest movie was also revealed — Fantastic Beasts: The Secrets of Dumbledore, along with the logline:

Professor Albus Dumbledore knows the powerful Dark wizard Gellert Grindelwald is moving to seize control of the wizarding world. Unable to stop him alone, he entrusts Magizoologist Newt Scamander to lead an intrepid team of wizards, witches and one brave Muggle baker on a dangerous mission, where they encounter old and new beasts and clash with Grindelwald’s growing legion of followers.  But with the stakes so high, how long can Dumbledore remain on the sidelines?

The Secrets of Dumbledore will see the return of Jude Law as Dumbledore and Eddie Redmayne as Newt Scamander. Gellert Grindelwald will be played by Mads Mikkelsen, who replaced Johnny Depp when the actor was released by Warner Bros after he lost his libel lawsuit against his ex-wife Amber Heard.

Secrets of Dumbledore will have a solely theatrical release, as Warner Bros is moving away from same-day theatrical and streaming releases for all the films on its slate.

Are you excited to see the new title and new release date of Fantastic Beasts 3? Let us know in the comments!