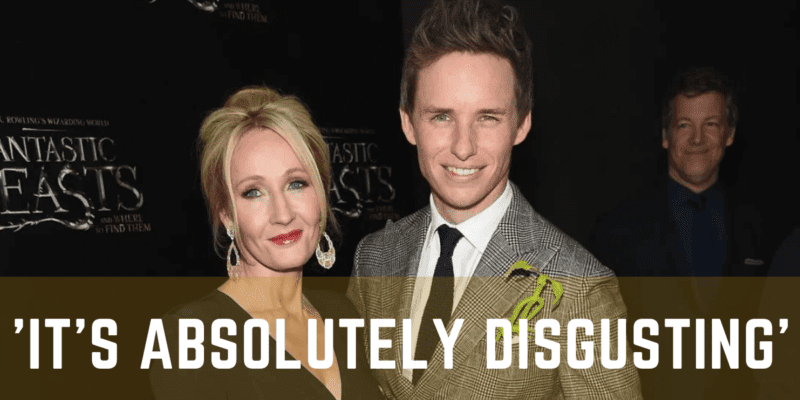 Eddie Redmayne is one of the many Harry Potter and Fantastic Beasts actors to condemn JK Rowling’s comments about the trans community. He and other ‘Wizarding World’ alumni like Daniel Radcliffe, Emma Watson, and Rupert Grint have asserted their position that the writer’s comments are both harmful and untrue. It may be a surprise then to see that Redmayne has defended JK Rowling.

The Newt Scamander actor has seemingly adopted a position more similar to Hagrid actor Robbie Coltrane, and has criticized those on social media who’ve attacked the author. However, he also made it clear that his position on trans rights has not changed. 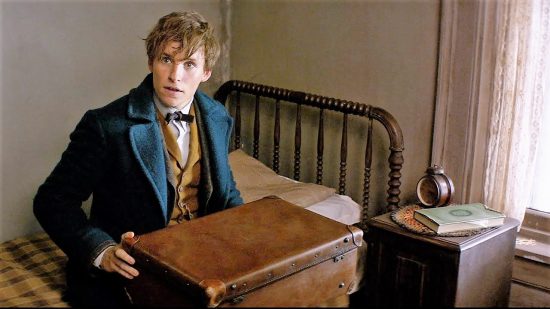 Speaking to the Daily Mail, Redmayne first made it clear that his position on the trans community hasn’t changed. He said he has many ‘trans friends and colleagues’ who are ‘having their human rights challenged around the world and facing discrimination on a daily basis’.

However, he then turned his attention to the social media backlash received by Rowling during the wake of her comments. He described the abuse as ‘absolutely disgusting’ and even wrote Rowling a private note, presumably expressing his sympathies.

The actor quickly added that he felt the abuse that the trans community receives on social media to be equally disgusting, however;

‘Similarly, there continues to be a hideous torrent of abuse towards trans people online and out in the world that is devastating.’

What did JK Rowling say?

Rowling’s comments on the trans community have been widely reported and have become the subject of controversial debate. The author came under fire by the LGBTQ community for her ‘extreme anti-transgender rhetoric’ after she made a joke about an article’s use of the phrase ‘people who menstruate’.

This quickly snowballed into a social media battle as Rowling tweeted her true feelings about what defines a woman. Rowling then published an extensive essay on her website highlighting her experiences with sexual assault and concern for what she seems to view as a redefinition of what it means to be a woman;

The article did little to curb the torrent of negative comments on her Twitter page.

It remains to be seen if the controversy will impact Rowling’s involvement with the franchise she created. At the time of writing, she’s still listed as the screenwriter for Fantastic Beasts 3, which has resumed filming after being postponed due to the pandemic.

The Fantastic Beast series and the trans community

Redmayne has already faced a backlash of his own for the remarks. Trans activists pointed out that the star took a role away from a trans woman when he portrayed Lili Elbe in 2015’s The Danish Girl; a portrayal that won him his second academy award. The phrase ‘he did not win his Oscar that year’ has been prolific on Twitter, while others assert that Redmayne’s career must mean more to him than the trans friends he mentioned.

As for Rowling, she’s been in hot water with the LGBTQ community long before her controversial comments on gender identity. The Harry Potter author initially turned a few heads way back in 2007 when she revealed Dumbledore’s sexuality, though this widely met with positivity. It was after the publication of the final book that Rowling came under fire for retroactively making comments about her characters, seemingly in an attempt to make herself seem more progressive.

Trans rights and trans issues continue to surround JK Rowling, with a new layer to the controversy every day. Hopefully, the Sorcerer’s Stone and Deathly Hallows author will avoid making another social media post that some might consider a transphobic tweet and avoid any more negative attention.

Fantastic Beasts 3 is set to release November of next year. It stars Eddie Redmayne, Johnny Depp, Katherine Waterston, and Jude Law among others.