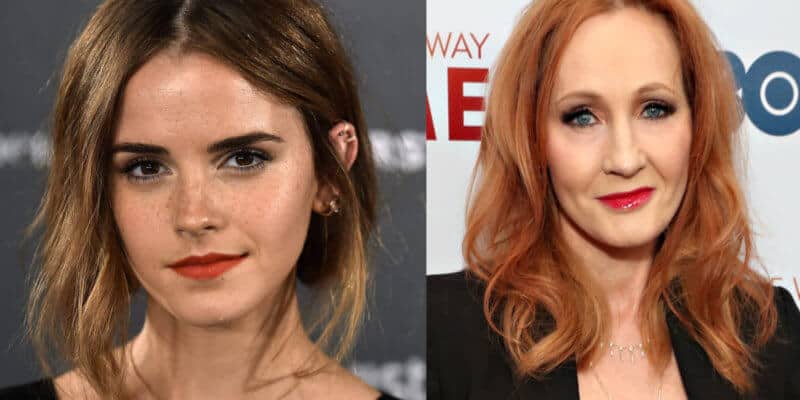 Harry Potter star Emma Watson has broken her silence on J.K. Rowling’s recent transphobic comments by showing her support for the trans community in a new series of tweets. Watson’s comments come only a day after the Harry Potter author shared a personal essay on her website which doubled down on her recent statements and revealed her history with sexual assault.

As we recently shared, these anti-trans comments have already caught a lot of attention by many, including the Harry Potter film stars Daniel Radcliffe and Katie Leung — and now this list is continuing to grow as Emma Watson, who once portrayed Hermoine Granger in the film series, has now also shared her opinion on the situation.

Expanding on her thought, Watson replied to her tweet, writing: “I want my trans followers to know that I and so many other people around the world see you, respect you and love you for who you are.”

I want my trans followers to know that I and so many other people around the world see you, respect you and love you for who you are.

In a second tweet, the actress shared how she made a donation to Mermaids UK and Mama Cash which are two organizations that advocate for trans rights. Additionally, Watson replied to the tweet sharing her wishes of a happy 2020 pride to her followers.

In a statement from Watson’s former cast-mate Daniel Radcliffe, the shared his own support for the trans community, writing:

“Transgender women are women. Any statement to the contrary erases the identity and dignity of transgender people and goes against all advice given by professional health care associations who have far more expertise on this subject matter than either Jo or I. According to The Trevor Project, 78% of transgender and nonbinary youth reported being the subject of discrimination due to their gender identity. It’s clear that we need to do more to support transgender and nonbinary people, not invalidate their identities, and not cause further harm.”

“To all the people who now feel that their experience of the books has been tarnished or diminished, I am deeply sorry for the pain these comments have caused you. I really hope that you don’t entirely lose what was valuable in these stories to you.

If these books taught you that love is the strongest force in the universe, capable of overcoming anything; if they taught you that strength is found in diversity, and that dogmatic ideas of pureness lead to the oppression of vulnerable groups; if you believe that a particular character is trans, nonbinary, or gender fluid, or that they are gay or bisexual; if you found anything in these stories that resonated with you and helped you at any time in your life — then that is between you and the book that you read, and it is sacred. And in my opinion nobody can touch that. It means to you what it means to you and I hope that these comments will not taint that too much.”

What are your thoughts of Emma Watson making comments on trans rights in opposition to J.K. Rowling’s recent statements? Let us know in the comments!