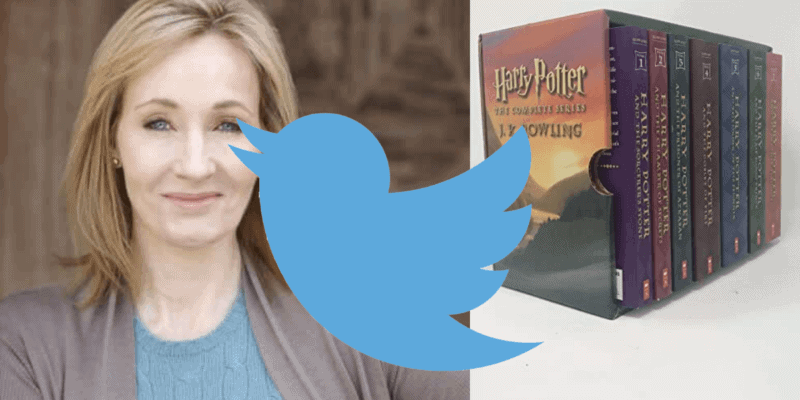 Harry Potter series author J.K Rowling is under fire thanks to a transphobic comment. Again.

This time it wasn’t Rowling herself who commented, but rather a ‘like’ that she gave to ‘anti-trans activist’ Fred Sargeant on Twitter.

This one got a Like from @jk_rowling today. After my thousand or so re-Likes of her tweet, seems fair. pic.twitter.com/OiZ1ww6YlZ

Sargeant is apparently an avid writer on the issue of gender who fundamentally rejects the idea that any person can change their biological sex.

He came under fire by members of the LGBTQ community for the above tweet which concerns Alex Drummond, a transgender activist.

Rowling‘s choice to ‘like’ the tweet has led to significant backlash from many a twitter user who holds the belief that the Harry Potter author marginalizes the trans community.

In the past, when confronted over ‘liking’ controversial tweets, the author‘s publicist has stated that she ‘clicked “like” by accident in a “clumsy and middle-aged moment’ according to LGBTQ Nation.

The social media fiasco has turned many Harry Potter fans against Rowling, as they’ve dubbed her a ‘TERF’. That stands for ‘trans-exclusionary radical feminist’; an activist that doesn’t believe gender to be fluid or non-existent. They consider this rhetoric to be damaging to women’s rights.

It should be noted that Rowling has never publicly stated her philosophical belief on what gender means to her, nor has she dubbed herself a ‘TERF’.

This isn’t the first time that J.K Rowling has been associated with a transphobic tweet.

In December of last year, she came under considerable fire for speaking out in support of Centre for Global Development researcher Maya Forstater who was fired after tweeting her opinion that a person cannot change their biological sex. Ms Forstater was lambasted by advocates of trans rights, and in response, the hashtag #IStandwithMaya was created, which Rowling included in her tweet.

Rowling’s tweet hasn’t been deleted and you can see the significant response from members of the transgender community, Harry Potter fandom and beyond.

Calls for the author to be ‘canceled’ came from all angles. Some even suggested that her Potter series should be boycotted altogether.

Rowling has been outspoken on a number of social issues in the past, most notably those of the rights of women and the rights of the homosexual community when she famously revealed Dumbledore’s sexuality. However, she has been quieter on the issue of gender identity.

Her critics consider the above tweet to be in support of the anti-trans agenda and consider Rowling herself to be a bigot. On the other hand, Rowling‘s supporters consider her a pioneer of women’s rights and an inspirational British woman who has consistently overcome adversity.

Whatever you think of the author, one thing’s for sure; she’s no stranger to controversy.

What do you think of J.K Rowling‘s controversial tweets? Let us know in the comments below.