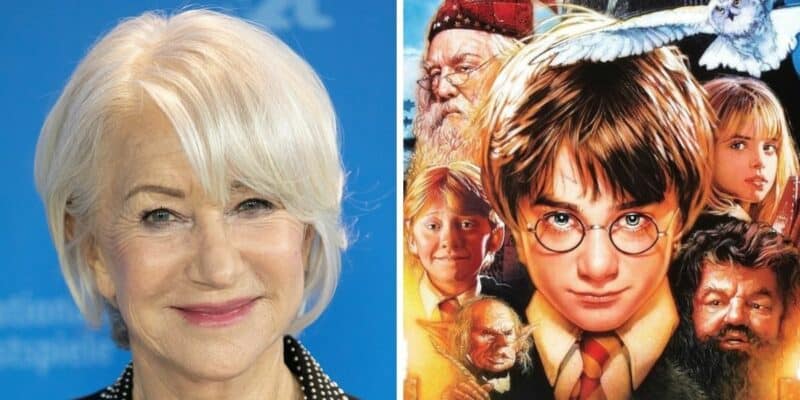 Calling all Harry Potter fans! We have some exciting news from the Wizarding World for you that was just announced! An ultimate Harry Potter trivia tournament — Harry Potter: Hogwarts Tournament of Houses — will be coming to several networks later this year. Not only that, but the tournament now has a British icon as its host, Dame Helen Mirren.

Mirren released a statement once her hosting was revealed, and told fans that she had always been a fan of the franchise and the boy wizard. In her statement, Mirren said:

“I knew someday I’d get a Harry Potter role, and I’m so pleased to take part in the 20-year film celebration. The films inspired such enchantment and wonder for so many of us, and it will be such a treat to reignite that magic for the countless fans who continue to revel in this spellbinding world.”

The epic event, which is being put on by WarnerMedia, will be a multipart, multi-network event. WarnerMedia released a statement giving fans more information on the exciting tournament that is to come.

“Harry Potter: Hogwarts Tournament of Houses, the official title of the upcoming competition series that will showcase ultimate fan glory on a never-before-seen scale. This special four-part event will unveil Wizarding World fans willing to put their Harry Potter knowledge to the test for the ultimate honor to be named House Cup champion.

In celebration of the 20-year anniversary of the film Harry Potter and the Sorcerer’s Stone, the special is set to tape later this month and premiere later this year as a simulcast event on Cartoon Network’s ACME Night and TBS, followed by its premiere on HBO Max. Warner Bros. Unscripted Television, in association with Warner Horizon and Robin Ashbrook and Yasmin Shackleton of theoldschool, will bring the magic of Harry Potter: Hogwarts Tournament of Houses alive.

“Nearly two decades since the global critical and box office hit of Harry Potter and the Sorcerer’s Stone, Harry Potter: Hogwarts Tournament of Houses will continue the spirit of the Wizarding World. Featuring hundreds of trivia questions and special guest surprises, this unforgettable event of a lifetime will unveil which fans know the vast, intricately detailed universe like the back of their hand. A play-along component will allow viewers to don their own Hogwarts robes and swish and flick their wands from home.”

Other than revealing what networks Harry Potter: Hogwarts Tournament of Houses will premiere on, WarnerMedia did not reveal much else in terms of hard facts. No premiere date has been given for the show at this time, but since the special will air later this year, a premiere date should hopefully be released sometime in the near future.

With this year being the 20th anniversary of the film that started it all, it is also possible that we could see more special celebration events happening across the world.

Will you be watching Harry Potter: Hogwarts Tournament of Houses when it premieres later this year? Let us know in the comments!