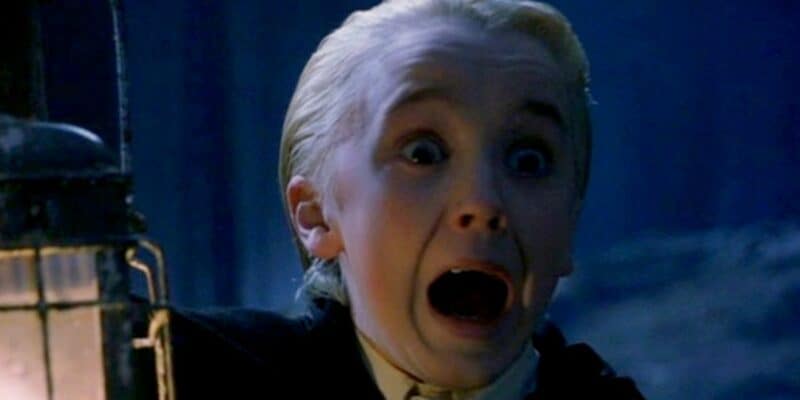 It’s been 20 years since Tom Felton brought the iconic Harry Potter villain, Draco Malfoy, to life. Draco was the bleach-blond classmate who made Harry’s years at Hogwarts challenging, to say the least. The entire Malfoy family were followers of Lord Voldemort and were deep into the Dark Arts, which frequently found them at odds with The Boy Who Lived.

Throughout the years since the release of the eight films in the franchise, Felton has looked back fondly on his memories of making the film and bringing the character of Draco to life. He has also revealed that he remains friends with a lot of his costars and would absolutely love to be involved in any Harry Potter series or films that may be created in the future.

In celebration of the 20th anniversary of the release of Harry Potter and the Sorcerer’s Stone, Tom Felton took to social media to take a Hogwarts quiz that would officially sort him into his proper Hogwarts House. Now, Felton has always loved the fact that he got to play a character who was a large part of Slytherin House — a house known for turning out some of the darkest wizards the world had ever seen.

It stands to reason that Felton thought he would be sorted into the house that he had been a part of for over two decades, but that was not to be. After the quiz was completed, Felton was shocked to learn that he was not in fact a Slytherin, but the house Draco Malfoy was raised to hate — Gryffindor. Gryffindor was also the house of Draco’s arch-nemesis, Harry Potter.

Upon seeing his results, Felton went through a wide range of emotions, which you can see in the hilarious video below or on the actor’s Twitter account.

If you would like to learn which Hogwarts House you would be sorted into, you can visit the official Harry Potter Wizarding World website, or click here.

Have you been sorted into your Hogwarts House? Which house did you get? Let us know in the comments!