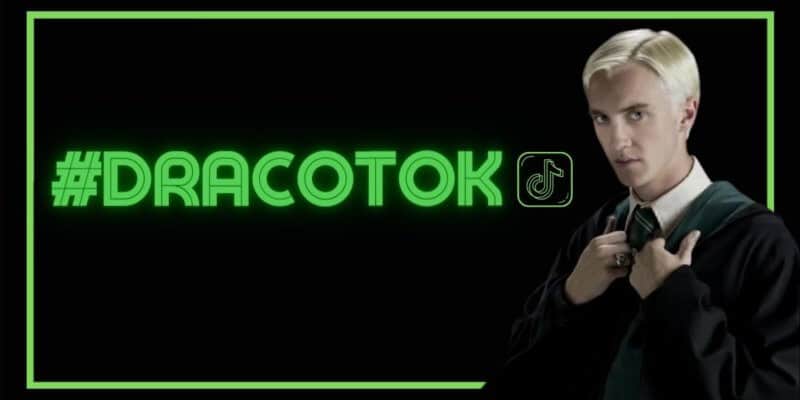 British actor Tom Felton who played Draco Malfoy in the Harry Potter movies is a huge sensation in TikTok among ‘Potterheads.

The scene shows all of the first-year students waiting to be called into the Great Hall for their sorting ceremony. The wizards and witches are waiting at the top of the stairs for Professor McGonagall when Felton’s character, Draco, steps in and introduces himself to Harry.

The famous dialog starts with Draco saying: “Harry Potter has come to Hogwarts…”

This scene from the film contrasts with what happens in the first Harry Potter book where things are a bit different. In the book, the two young wizards meet while getting their Hogwarts robes fitted at Madam Malkin’s located in Diagon Alley before going to Hogwarts.

In his TikTok video using this scene from the movie, Tom Felton chose to do a role reversal, where he is doing the acting for everyone in the scene except for Draco. So, he acts like the crowd of first-year Hogwarts students, Ron Weasley and Harry.

And here is where you, and your TikTok abilities, come in. In the description of the video, the Harry Potter actor wrote, “DUET anyone?”, asking his fellow Harry Potter fan wizards, and muggles, to join in on the acting as Draco Malfoy.

After posting the video, and having many fans use duet it, Tom Felton has even reposted some of the duets in his TikTok account. This was the case for @unusualbeaut, aka. Anna.

She commented on the re-post.

Tom Felton is known on TikTok for engaging with his fans and challenging them. Previously Inside the Magic, reported on Felton’s ‘Pottah’ challenge that you can read about by clicking here.

Have you dusted Tom Felton as Draco Malfoy? Do you follow Tom Felton on the app TikTok? Let us know in the comments below.

Comments Off on Act Alongside Draco Malfoy Himself, Tom Felton!