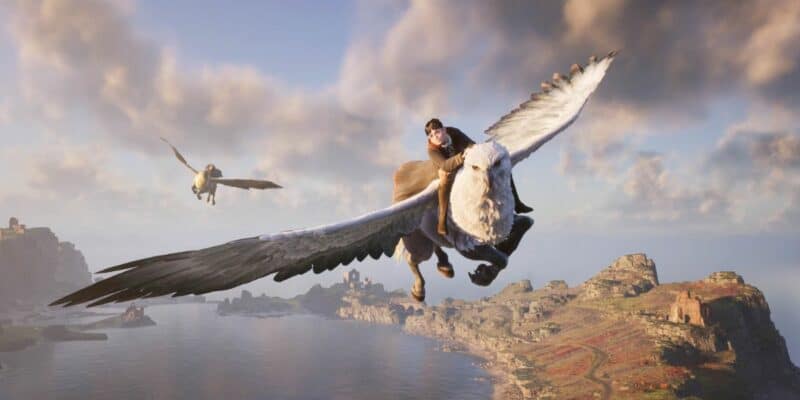 Despite recently being delayed, Hogwarts Legacy (2023) will soon become a reality. In fact, it’s rare that any delay brings with it some good news, as the open-world Harry Potter game at least has an actual release date, as opposed to the previously vague “Coming This Fall” release window.

For the first time ever, Harry Potter fans will soon be able to explore the Wizarding World in all its glory. While the game will be anchored in the School of Witchcraft and Wizardry, players will also be able to venture out into the school grounds, the Forbidden Forest, and places far beyond.

But if you’re struggling to stay in the know with the upcoming Wizarding World experience, we’ve got it all in one place. So here’s everything you need to know about Hogwarts Legacy…

Is there a Hogwarts Legacy trailer?

The epic trailer for Hogwarts Legacy launched in early 2021.

A 15-minute gameplay overview for Hogwarts Legacy was also released. It reveals many exciting features, such as all the different classes you can attend, character customization, spells, combat moves, characters, areas you can explore, and so much more.

When is Hogwarts Legacy coming out?

While Hogwarts Legacy was previously given a release window of “Q4” 2022, that was recently changed, as announced by Portkey Games. The label has confirmed via Twitter that the game will now be released on February 10, 2023.

“Hogwarts Legacy will launch on February 10, 2023 for PlayStation, Xbox, and PC. The Nintendo Switch launch date will be revealed soon. The team is excited for you to play, but we need a little more time to deliver the best possible game experience.”

Hogwarts Legacy will launch on February 10, 2023 for PlayStation, Xbox, and PC. The Nintendo Switch launch date will be revealed soon. The team is excited for you to play, but we need a little more time to deliver the best possible game experience. pic.twitter.com/zh0EsOvDb7

What is Hogwarts Legacy about?

What type of game is Hogwarts Legacy?

Hogwarts Legacy is a single action role-playing video game, otherwise known as an “RPG”. The game is open-world and is told in a third-person view, and players are able to perform a variety of spells, incantations, and combat moves against their enemies.

You can also attend several classes at the School of Witchcraft and Wizardry, and venture outside to explore familiar locations such as the Forbidden Forest, Hogsmeade Village, Diagon Alley, and never-before-seen areas throughout the Wizarding World.

Before the game starts, you’ll be able to choose your gender, appearance, and house. And throughout your journey, your progression will allow you to upgrade spells, abilities, and more. You can also trade and craft, and tend to and utilize Fantastic Beasts.

Hogwarts Legacy also features a “morality system”, which means that you can choose whether to become a decent witch or wizard, or embark on a journey that will see you becoming a dark one, not unlike Tom Riddle/Lord Voldemort or Gellert Grindelwald.

You can also build friendships with non-playable characters, each with their own background and history, and some of which are mentioned in the 15-minute gameplay overview. And as your journey progresses, your relationships with your friends will develop too.

Online multiplayer is yet to be confirmed, though it’s possible Hogwarts Legacy won’t include this feature.

What will Hogwarts Legacy be available on?

Hogwarts Legacy will be released on all major gaming platforms — Microsoft Windows, PlayStation 4, PlayStation 5, Xbox One, and Xbox Series X/S. The game’s delay affects all of these platforms, however, the Nintendo Switch version release date “will be revealed soon”.

It has been reported that there will be an “exclusive new look” for Hogwarts Legacy during Gamescom Opening Night Live on August 23, which was confirmed by Geoff Keighley on Twitter.

What are you most looking forward to in Hogwarts Legacy? Will you become a good wizard, or do you solemnly swear that you’ll be up to no good? Let us know in the comments down below!