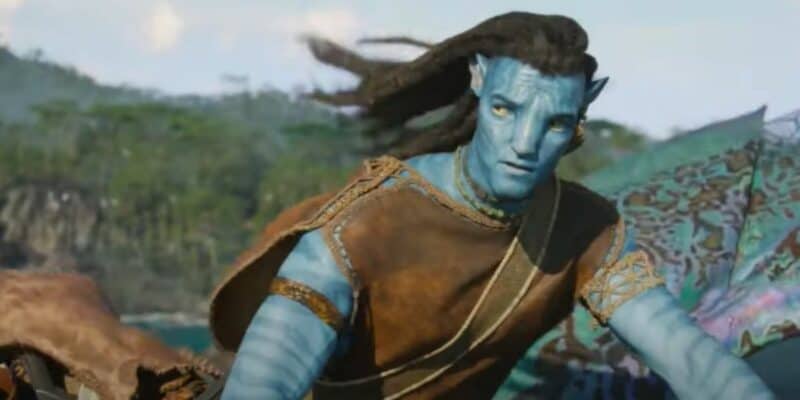 The long-awaited Avatar: The Way of Water (2022) is just a few months away, and many are expecting another box office hit, with the original 2009 film by James Cameron having grossed almost $3 billion at the worldwide box office, becoming the highest-grossing movie of all time.

Last year, it was announced that an open-world Avatar game was being developed by Massive Entertainment and published by Ubisoft Games. We then got our first look in the form of a teaser trailer, which showcases Pandora in all its glory, as well as some gameplay elements.

If the movies are anything to go by, Avatar: Frontiers of Pandora (TBA) might just be one of the most ambitious open-world games ever made, and it will follow another open-world title based on a major blockbuster franchise — Hogwarts Legacy (2023), which is inspired by the Harry Potter movies.

While Avatar: Frontiers of Pandora is yet to be released, here’s everything you need to know about the game, including the plot, gameplay, trailer, and platforms.

As per the Avatar: Frontiers of Pandora website, here’s the synopsis for the upcoming game:

Many open-world games, whether it’s the Grand Theft Auto, Red Dead Redemption, The Legends of Zelda, or Assassin’s Creed titles, tend to be third-person. Avatar: Frontiers of Pandora, however, will actually be a first-person action adventure.

Players will control of a member of the Na’vi, though no other information surrounding this aspect is known at this time. Rumors suggest that you’ll also be able to assume control of one of the humans in the game, but whether or not they will be a hero or villain remains to be seen.

There has been a lot of back-and-forth on the release date for Avatar: Frontier of Pandora. While you might expect that this has something to do with the COVID-19 pandemic, video games typically experience a number of delays before finally making it to sale.

And unfortunately, Avatar: Frontier of Pandora is no exception. In 2021, it was revealed that the game had a release window of April 2022 to March 2023, and as an actual date has still yet to be announced, it would be wise to expect it to hit shelves towards the latter end of this timeframe.

However, there is speculation that the game won’t be released until some time during 2024.

An official trailer for Avatar: Frontiers of Pandora was released last year, and though it leaves plenty to the imagination, it also offers some mesmerising snapshots of the world of Pandora, as well as some gameplay footage.

Check out the official trailer for Avatar: Frontiers of Pandora below:

Avatar: Frontiers of Pandora will be released on the following platforms — PlayStation 5, Windows for PC, Xbox Series X/S, and Google Stadia.

The game is one of many upcoming open-world titles based on major blockbuster franchises. Hogwarts Legacy is due out in February, 2023, and there’s even an open-world Star Wars video game in the works. Recently, it was also rumored that an open-world Teenage Mutant Ninja Turtles video game is on the horizon, though this is merely speculation at present.

Before Avatar: Frontiers of Pandora hits shelves, Avatar: The Way of Water will arrive in theaters, with a release date of December 16, 2022.

Two other actors returning to the fold are Sigourney Weaver and Stephen Lang, who play Dr. Grace Augustine and Colonel Miles Quaritch in Avatar (2009). This time, Weaver will be playing Jake and Neytiri’s Na’vi daughter, while Lang will be playing a Na’vi version of his character.

As per the official 20th Century Studios description, the synopsis for Avatar: The Way of Water is:

Are you excited for Avatar: Frontiers of Pandora? Let us know in the comments down below!