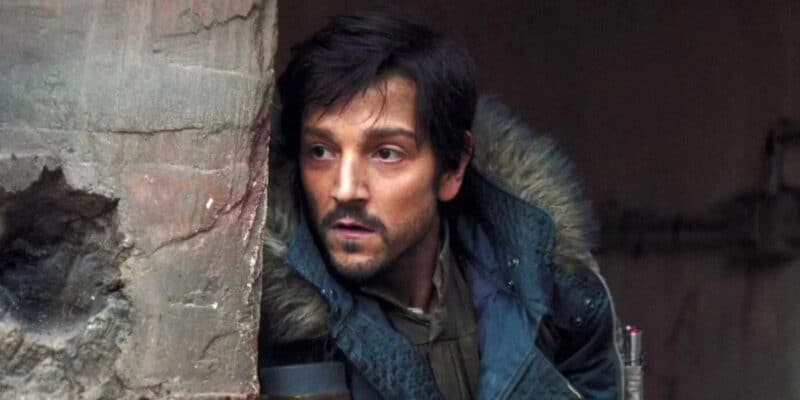 Diego Luna’s Andor might end up changing the character’s backstory and miss out on telling a fantastic backstory for no logical reason.

In Andor Episode 2, Maarva (Fiona Shaw) asks Cassian who he told about his Kenari heritage. She reveals that the young rebel has a fabricated past detailing his birth and origin on the planet Fest. Before Andor, Star Wars canon stated that the character was born on a Separatist planet during the Clone Wars.

This is why when Cassian Andor shares to Jyn Erso in Rogue One (2016) that he has been in the “fight” ever since he was six years old means a lot more because Cassian has been fighting the Republic and Empire for almost his entire life. In Andor, Cassian’s life on Kenari was on a failed mining expedition by the Republic turned Empire.

Despite the first three episodes implying that the character grew up without a Separatist presence, it’s possible that the story could reveal Cassian Andor living on another part of Kenari with his family before the Republic potentially took over the planet and reveal that it was initially a Separatist operation. Since Kenari is a Mid Rim planet with tribal communities, the Republic could’ve taken over the planet right after Cassian was six years old and kept his roots as a Separatist.

Sadly, Andor may say that his character’s past was all made up by Maarva and have his records imply that he lived on a Separatist planet. If Andor commits to this, it will make no sense for Maarva to do this because the Empire would find Cassian more suspicious due to his past having a few criminal charges.

If anything, Cassian becomes a more dangerous target for the Empire, which might work against him and add some suspense, but it doesn’t make sense for Maarva to set himself up for failure. While the show still has to deal with whether or not parts of the Clone Wars will be disregarded as canon, the series will hopefully show more of Cassian’s past.

Phase 2 clones were spotted in several trailers. There’s always a chance that fans could see some B1 Battle Droids marching down the street in a future flashback which would be a massive deal for Star Wars fans. Still, Tony Gilroy, the showrunner for Andor, did clarify that this series won’t be full of fanservice or flashy moments as he wanted a character-driven series.

Fans will have to wait and see, but Lucasfilm better not drop the ball with the rest of Andor, as fans are starting to be concerned with some of the show’s handling of the Prequel Trilogy so far.