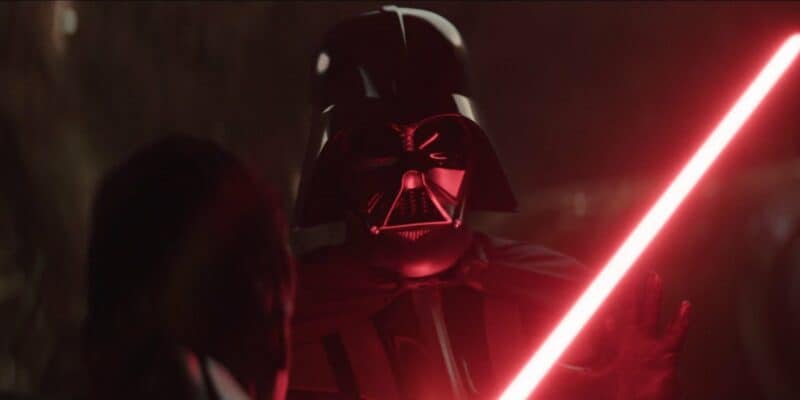 While fans waited for Obi-Wan Kenobi to release, workers in Ukraine worked while their neighborhoods were under siege to replace Darth Vader with an AI voice.

Now fans know that James Earl Jones is retiring and will no longer voice the infamous Darth Vader. The Dark Lord of the Sith still can show up in Star Wars since Jones signed off that he was okay with his voice being recreated for future projects.

Fans first heard of Jones’ recreated voice in Obi-Wan Kenobi with Vader’s voice, but no one could’ve known that Respeecher was based in Ukraine. As Putin’s troops bombarded their city, Respeecher worked in a theater to make these voice lines possible for Skywalker Sound.

Respeecher also worked with Lucasfilm on digitally recreating Luke Skywalker’s voice in The Mandalorian Season 2 Finale, which is probably why Star Wars wanted the same company to tackle a more complex project—creating Vader’s voice for the future of all Star Wars.

Fans were quite impressed with Respeecher’s work as they genuinely believed that James Earl Jones came back to voice the character, as it was hard to spot anything wrong with the AI version of his voice. Now, it’s hard to know when Vader will appear again, but some reports claim the villain might have a scene in Rosario Dawson’s Ahsoka.

Thanks to an interview with Vanity Fair, fans can finally hear about Respeecher’s hard-working conditions to finish this vital project. Belyaev and his other coworkers wanted to not only finish this project but make sure it was the best quality for Lucasfilm, which is why he shared that they sent their work weeks before the series debut:

“If everything went bad, we would never make these conversions delivered to Skywalker Sound. So I decided to push this data right on the 24th of February.”

While the series debut was in late May, Skywalker Sound would’ve taken some time to get the files ready to be placed and edited into the series, meaning that the show editors worked hard to ensure those lines were added in quickly.

After the first initial attacks, Lucasfilm began to pull back from the requests from Respeecher as they wanted to ensure the members in Ukraine could be safe since Vader’s voice wasn’t worth getting several talented workers killed.

Respeecher made it very clear that they were staying and would be safe and wanted to get back to work, according to Matthew Wood, who was the supervising sound editor for the series. He shared that the company had alternatives, but they knew that Respeecher was the best company for the job:

“There are always alternatives that we could pursue that wouldn’t be as good as what they would give us. We never wanted to put them in any kind of additional danger to stay in the office to do something.”

After Wood started to pull back with requests, the Respeecher team told him that they weren’t going anywhere with another message:

“Let’s work, let’s work in the face of this adversity, let’s persevere.”

Respeecher did persevere and has continued to work in their war-torn home. Now, Vader’s voice can be safely used in other projects and have Respeecher potentially help them out again. Now Lucasfilm knows how to use Vader’s voice effectively without any errors, which is great because fans don’t want James Earl Jones’ legacy going to waste by Lucasfilm creating a poor-quality voice for Vader.

Related: Disney Is “Biding Their Time” Might Cancel ‘Kenobi’ Season 2

Do you like Vader’s voice being digitally recreated for all future Star Wars projects? Let us know what you think!