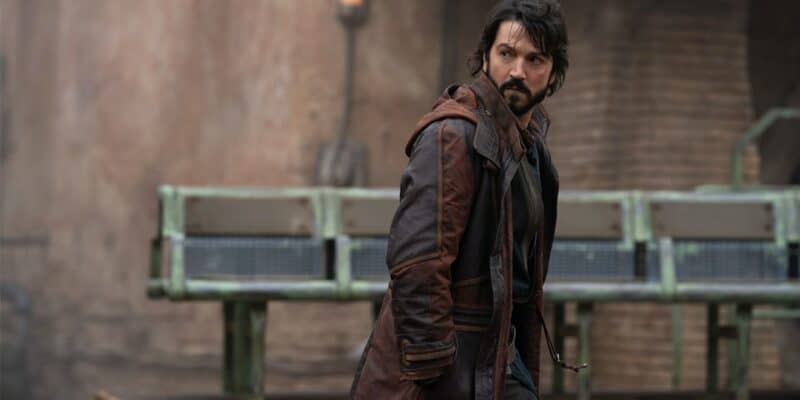 Andor makes it clear that fans who love the Clone Wars will see Phase 2 clone troopers in action at one point, but the first set of episodes may have made a terrible mistake and disregarded essential canon.

This wouldn’t be the first time that Star Wars came close to breaking canon or making a glaring mistake in their live-action shows. Obi-Wan Kenobi had convinced fans that the Grand Inquisitor was killed off and almost made Star Wars: Rebels, not canon, but the show used this for a grand twist for Reva’s story.

Instead, fans were made to believe that she, like any Sith, can take a stab wound to the gut, but Qui-Gon Jinn can’t live a few minutes after his fatal encounter with Maul. In Andor Episode 2, fans see the Kenari natives searching the crashed ship and find some personnel alive in the wreckage. One of the men kills a native and eventually dies by poison darts, but is revealed to have a hexagonal insignia on his shoulder.

Hardcore fans would’ve instantly recognized this patch as the Confederacy of Independent Systems (CIS) symbol. The CIS was called Separatists during the Clone Wars, but seeing the shuttle without battle droids made it hard for fans to figure out it was a Separatist ship. Fans weren’t expecting battle droids to begin massacring the natives, but having a few destroyed droids would’ve been great.

While Cassian explores the ship’s interior as his friends leave, Cassian meets Fiona Shaw’s Maarva, who is accompanied by her partner, Clem (Gary Beadle). Maarva explains that they should take the boy since he will be dead once the Republic sees that the natives killed one of their officers.

This doesn’t make sense as the Galactic Republic would never wear the Separatist symbol, and if so, they would’ve used clones to man the shuttle. Still, the episode doesn’t have Temuera Morrison, so fans are left wondering why Andor would confuse the two factions like that.

Here are the potential reasons why Maarva thought it was a Republic officer that was killed:

Maarva is probably a Separatist, as Cassian was raised and fought in a Separatist cell, according to other sources that came out after Rogue One (2016). If this isn’t the case, Star Wars would’ve failed to set up Cassian’s “fight” as a Separastis and disregarded another essential piece of canon.

According to GQMexico, fans will get to see how Cassian’s family is part of the Separatists in the series, which is why fans immediately assume that Maarva will be the one to mentor him as an adoptive mother. Young Cassian looks like he was older than six, meaning that it’s possible that someone else could’ve taught him about the Separatists:

“We know that Andor’s family was part of the Separatists, so it is likely that it is she who teaches him everything he knows about politics and conflicts in the galaxy, and who helps him become the soldier of the rebellion we met in Rogue One.”

ENG/SPN: “We know that Andor’s family was part of the Separatists, so it is likely that it is she who teaches him everything he knows about politics and conflicts in the galaxy, and who helps him become the soldier of the rebellion we met in Rogue One.” – @gqmexico pic.twitter.com/s4WjLgQ0gk

Right now, it’s too early to tell where Star Wars is going with this peculiar easter egg. Eventually, they will have to explain this ordeal about why Maarva believed the ship was a part of the Republic when the men all wore Separatists insignias. Until then, fans will hope that Lucasfilm didn’t mess up and make a giant plot hole for their new series.